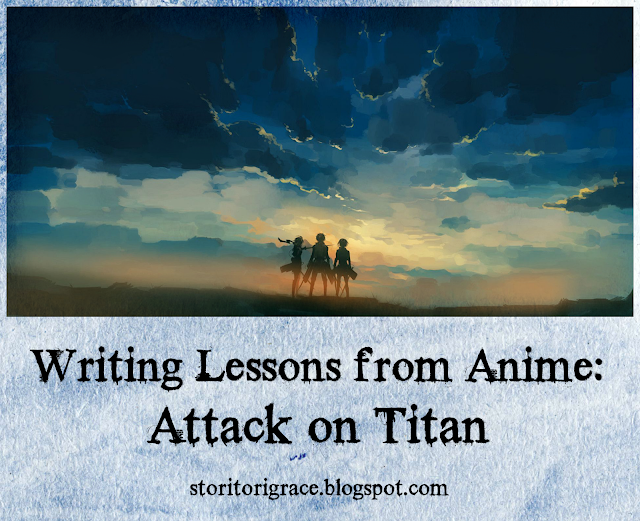 1.) Handling Extreme Violence without Going Overboard - Despite Attack on Titan's reputation of having a lot of violence, much of it is not shown unlike Game of Thrones which shows every little detail. Many times the camera turns away at the goriest parts, zooms out to shadow, or becomes chaotic so you can't make out the detail, leaving the most violence to your imagination. For example, when Eren's mom is eaten in the first episode, it shows in shadow the Titan mutilating her and when the creature does eat her all you see is drops of blood that look almost like flower petals. You get she was eaten, but you don't have to see all the grossness that that entails.

How this can be applied to writing: I'm covering this in more detail in a post on the 23rd, but you can portray violence without being overwhelmingly graphic. Violence is a real thing that happens, but do your readers whether they're YA or adult really need to know every little detail? I personally don't think adults need to see every graphic detail for psychological reasons. There are ways to be realistic and discreet about showing content.

2.) Figuring Out How Creatures Work - The Titans are the main mystery of the show. Humanity is at a massive disadvantage because no one really knows about them. They know they only eat people not animals, they're only active in sunlight, you can kill them by striking the nape, they're unintelligent, and that they don't actually need to eat to survive. But how they came to be and why they're attacking people is completely unknown. The mystery thickens, even more, when Titans who are intelligent and can speak appear on the scene. Throughout the show, more and more pieces of the puzzle are put together but at great cost, until finally, they unravel the big mystery. Finding out the answers is the main drive for the show.

How this can be applied to writing: You don't have to center your whole story around finding out about a creature, but it can be an element. In BBC's Merlin, mysterious creatures would appear and Merlin and Gaius would have to work to find out how to beat them, the same with Grimm.

3.) A Detailed Military Force - Attack on Titan's military force is one of the most detailed I've seen. That's partially because its a core element to the show, but I like how the military is customized for the world's needs. It's divided into three parts: the Stationary Guard, The Military Police, and the Scouting Legion. The Stationary Guard are stationed on the walls and man cannons, the Military Police stay within the walls and manage the people, and the Scouting Legion venture outside of the walls to find ways to defeat the Titans. Each have their own symbols and colors and unique miltiary uniforms to suit the ODM gear that allows them to kill titans. 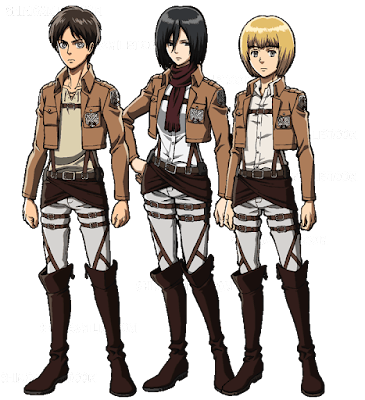 How this can be applied to writing: The old military had cavalry, infantry, and artillery. The USA has the army, the navy, the marines, the coast guard, and the airforce. What is your storyworld's military like? Do they have divisions unique to their needs?

4.) A Unique Government Conspiracy - This show definitely has the most unusual government conspiracy I've seen and it reveals that all the background that I told in that synopsis up there is a lie. Humanity is not alone, but they've been brainwashed into thinking that for at least a few generations. But the government doesn't want the people to know they're not alone to uphold a promise the founder of the walls made which is they would not leave the island they're confined to. For years the government has had the power to wipe out of the titans, but due to this promise passed down through the royal family, no one has used his power. Technology has been suppressed to keep people from escaping and from creating weapons that could give them an advantage on the Titans, thus they've been stuck in about the mid-1800s technology for God knows how long.

How this can be applied to writing: This conspiracy combined a fantastical element with politics which created an interesting mix. Government conspiracies are fun to create, but what makes yours different? What does the government want to hide from others and why? 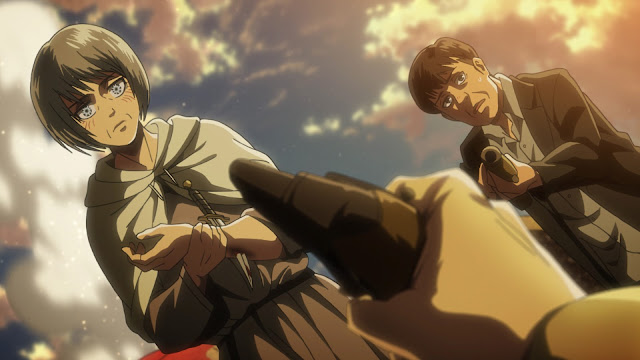 5.) A Central Trio - There are a lot of characters in this anime, but our main three are Eren Jaeger, Mikasa Akerman, and Armin Arlert. They've known each other from kids and have shared dreams together. They're each unique and have their own sets of skills and they care about each other very much.

How this can be applied to writing: There are a lot of awesome trio casts like Harry, Hermione, and Ron from Harry Potter; Sora, Riku, and Kairi from Kingdom Hearts, and Aang, Katara, and Sokka from Avatar: The Last Airbender. Have you thought of making a trio main cast? 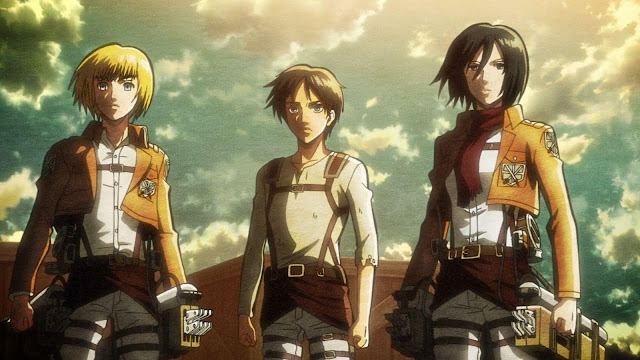 Conclusion - This anime has so many unique writing aspects and I may need to do a second edition after season four is finished ...