Soundtrack Sundays: Henry's Proposal (Once Upon at Time) 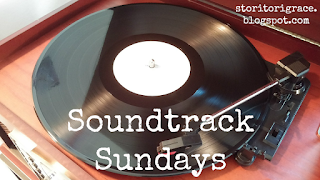 It's Soundtrack Sunday again! The day where I post awesome music to write to or just listen to for pleasure if you're a fellow soundtrack junkie. Once Upon a Time is one of my favorite shows. I love old fairy tale values and themes resurrected in this modern twist on many famous fairy tales particularly Disney ones. It brings so much nostalgia which probably contributes to its popularity.

I don't know why I haven't done a Soundtrack Sundays with this soundtrack sooner! But with the new season airing, I thought it a perfect time. I've loved the score since I first started watching the show. I love how the soundtrack perfectly captures the feel of fairy tales, especially with the harp and xylophone. It creates a fantastical air. This particular piece is very whimsical and childlike. It's good for a happy scene or one including wonder. It's certainly magical. You can listen to more epic music in my Soundtrack Sundays YouTube playlist.

Have you heard this piece before? What do you think of it? Have you seen Once Upon a Time?