A Book Review of Throne of Glass by Sarah J. Maas


In a land without magic, where the king rules with an iron hand, an assassin is summoned to the castle. She comes not to kill the king, but to win her freedom. If she defeats twenty-three killers, thieves, and warriors in a competition, she is released from prison to serve as the king's champion. Her name is Celaena Sardothien.

The Crown Prince will provoke her. The Captain of the Guard will protect her. But something evil dwells in the castle of glass--and it's there to kill. When her competitors start dying one by one, Celaena's fight for freedom becomes a fight for survival, and a desperate quest to root out the evil before it destroys her world.

Series: Throne of Glass (Book 1)
Genre: YA Fantasy
Publisher: Bloomsbury USA Childrens (May 7, 2013)
Page Count: 432 pages
After much prompting from a friend, I finally decided to buy Throne of Glass from 2nd and Charles. It wasn't that the book didn't sound interesting, it's just that I still had other books I own to finish. I also hadn't read another NY Times bestseller in a while and I figure I should get on that, so I can keep up with the times--and see what these people are doing so I can maybe make it there one day too.

The Plot: The plot is very intriguing. Like the cover of the book says it's like a Game of Thrones (Though I argue more like Lord of the Rings or Inkspell or the Chronicles of Narnia: Prince Caspian personally) and Hunger Games mix. I like all of the different trials and the underlying plot of the origin of the murders. My favorite trial has to be the poison test. I thought that was very clever. The plot has lots of twists that kept me very intrigued. The layers of the plot were very cool as well. The climax is absolutely amazing.

The Characters: The main character Celaena interested me right off the bat. Sometimes it takes me a while to warm up to a main character, but Celaena was nearly instantly likable with her love of food, books, the pianoforte; concern for the people suffering in her realm; and her defiance. I like how you really feel like you're seeing through her eyes as she's constantly thinking of ways she could take someone down or an exit. She has a mysterious past as well which keeps you wanting to read more about her.

I like Chaol and Dorian as well, though my favorite out of the two is probably Dorian. I mean, come on, the scene with him and Celaena's book exchange is just adorable. I like the romantic tensions between the boys and Celaena, but I like how it doesn't put a huge dent in their friendship, which is what I thought would happen.

I really like Nehemia and Phillipa. It's cool that the main character has a best friend. The King is just ... no.

The Setting:I'm a sucker for good world building. It's why I love fantasy so much and this book has it in spades. I love all the thought put into the different countries, languages, magic, flora, fauna, politics, and all that. I like the different twists on festivals and the mix of Celtic and Greek Mythology along with some Christianity melded into one. I love the idea of the fae folk since I absolutely love fairies. I will never ever get tired of them. I'm so mad that the King made them go away!

The Writing: I really like Maas's description. It's very cool. You definitely get into the head of all of the characters you're in too. The only two I got a bit confused were Dorian and Chaol. My problem with the prose style is I don't like how she clutters her paragraphs. Often an action of two or three characters would be included in the same line of dialogue and I got confused about who was talking often. There's also some minor head hopping and telling.

The book went into multiple POVs which was unexpected, but I liked that. It added an interesting dynamic.

Epic Things: There is a lot of epicness in this story, I'll tell you that. I really liked that Celaena can play the piano. I hadn't read a character who could in a while. I love how music means to her and it reminds me how much it means to me to play music. I also liked that she played billiards. I love that game.

The Theme:
There were main good themes of friendship and of shedding pasts and making way for the new. My favorite line was:


"We all bear scars, Dorian. Mine just happen to be more visible than most."~Celaena from Throne of Glass by Sarah J. Maas


Content Cautions: The second thing that irritated me was the amount of swearing, which I thought totally unnecessary. I counted about twelve instances of d***, three instances of a**, two instances of ba*****, and two instances of bi*** (and a others few times in reference to an actual dog, not as an insult). If you are bothered by swearing, then this book may not be the best for you.

Rape is mentioned, there is some kissing and opium and alcohol use. This book is in another world so there is mention of deities along with festivals in honor of them. This is fantasy so there is magic.

Since this is a book about assassins of course there's violence. People have bloody noses and mouths and get stabbed sometimes. A creature gets stabbed and black blood sprays. The goriest thing is that there are some murdered corpses that are quite gruesome. A character cuts his/herself for a spell.

Conclusion: The book ends very well. Despite a few things I have against the writing and swearing, I really enjoyed the book. I look forward to reading more in the series. Four stars! 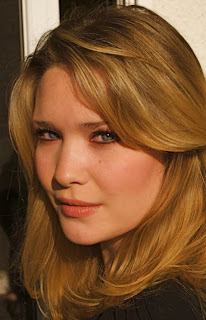 Sarah J. Maas is the New York Times and USA Today bestselling author of the Throne of Glass series (Queen of Shadows, Book 4, will be out in September 2015), as well as the A Court of Thorns and Roses series (out 5/5/15).

Sarah lives in Bucks County, PA, and over the years, she has developed an unhealthy appreciation for Disney movies and bad pop music. She adores fairy tales and ballet, drinks too much tea, and watches an ungodly amount of TV. When she's not busy writing, she can be found exploring the historic and beautiful Pennsylvania countryside with her husband and canine companion.