Welcome to this week's Writerly Bundle! A post where I hope to inspire you with three of the world's greatest things: music, words, and tea.
Have you wondered where Tea Tuesday, Wonderful Word Wednesday, and Soundtrack Sundays have gone? Never fear, they're right here, but combined into one big post of awesomeness coming to you every Sunday!

hebetude
noun
1.) the state of being dull; lethargy.

Example Sentence: Ashlyn had hebetude after Emil left her to go on a mission.

I've been a fan of M83 since I saw Divergent. I love M83's "I Need You." My mega M83 fan introduced me to this beautiful audio-only piece and it's simply gorgeous. This pieces means "A New Sun" in French.

As per usual with M83, it's a mix of synthetic and orchestral. It starts off very softly and builds into a grand emotional piece with some female vocalization. I love the ethereal synthetic sounds. This is a great piece of triumph for a sci-fi story. 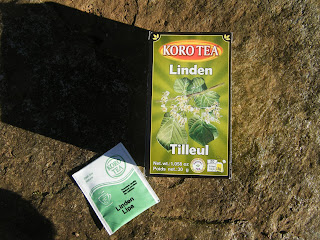 How I found it: While at Hmart, I was browsing the tea section to find a new selection for the blog and I stumbled across this tea! The fact that it's imported from Sweden really interested me.

The Tea: From first smelling the tea, it doesn't smell very exciting, almost like basic Lipton tea. It brews a honey golden and smells much like honeysuckles with the added honey. Basically it tastes like very unusual flowers. It's very simple and light being of one type of infusion as opposed to a blend. Though it's definitely a unique tea, it didn't have a flavor that made me say, "Wow that's really good!"


Serving Recommendations: I steeped this tea like the directions said: four minutes and added honey.

How much is it and where can you get it? You can get this tea for about $3 USD a box at Hmart. For some reason it's not listed on the site, but it's there.

So how good is it? This is a meh tea. It didn't really stand out out to me as something especially wonderful. But at least I can say I've had Swedish tea!


If you liked this post, come back every other Tuesday for book reviews; Friday for tags, character interviews, and link-ups; Saturdays for writing advice and life updates; and Sundays for the Writerly Bundle which includes a new soundtrack piece, vocabulary word, and tea review! To help support my dream to be an author follow this blog, like me on Facebook, watch me on deviantART, and follow me on Pinterest and Twitter. If you want to know more about my books check out them out here. Thank you! :)