Ellie Sweet is a lot of things—good girl, novelist, silent adorer of the new boy at school, Palmer. But when “outcast” gets added to the list, she decides it’s time to take reality into her own hands … and tweak it as needed.

In the pages of her book, she’s Lady Gabrielle, favorite of the medieval Italian court. Her once-friends are reduced to catty ladies-in-waiting, and the too-charming Palmer—who in real life never spares her a second word—gets to be nothing more than a rake wracked by unrequited love for her. She even has a perfect real-life villain in the brooding Chase, who hails from the wrong side of town.

But just when she’s getting along great in her fictional world, the real one throws her a few curves. With Chase pursuing her, Palmer wanting to date her—but in secret—and the details of her manuscript going public, Ellie suddenly receives more attention than she ever really wanted. And when her former-friends discover what she’s been writing, they’re determined to teach Ellie a lesson about the severe consequences of using her pen as her sword.
Series: The Revised Life of Ellie Sweet (Book 1)
Genre: YA Contemporary
Publisher: Birch House Press (April 22, 2015)
Page Count: 296 pages

I'm not normally a reader of contemporary, but since I read Stephanie Morrill's blog, I thought it's about time I tried some of her books. I won a few in some giveaways so I'm reading this one and Me, Just Different.

The Plot: The plot was interesting. It was a mix of teen drama and a teen author's desire to be published. I personally cared more of the publishing part since I was a teen in her shoes at one point. The story wasn't terribly exciting, but it did hold my interest. I liked the latter half of the book the most when Gabrielle goes to the writer's conference. That brought up some nostalgic memories for me. I also liked the climax. I was genuinely angry at her jerk friends. I liked how there were lots of points of tension going on. It wasn't boring. Though there are a lot of time transitions, Stephanie keeps the story very smooth.

The Characters: The character I related to the most was Gabrielle. I've been in her shoes as a teen writer and feeling rejected by her friends and not very pretty and would rather stay home and write than party. I could relate to her in a lot of ways so I mostly read this book for her. I also find it funny that we're the same height. I like how Stephanie wrote her thought process.

One of my favorite lines of hers was:


That’s one reason I like writing so much better than speaking, the ability to edit.


I didn't care for either of the love interests frankly. Palmer was a typical pretty boy and I didn't like how Chase pretended to his parents that Gabrielle was his girl friend. That was really uncool. I've had that happen in real life and it's a pretty jerk move. Chase is the best out of the two, but neither of them made me go, "Oh my goodness I love him. I want to date him."

I was a bit iffy about Gabrielle's family at first but they steadily grew on me. I really like how supportive Gabrielle's parents are to her writing career later on. I wish my parents were that cool about it. XD Her grandparents remind me a bit of mine. They were so stiff yet a bit comical. James gets a not as much of a jerk as you could have been award. 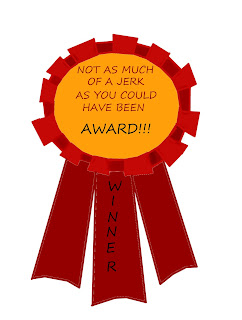 Bronte was fine at first but steadily went on my nope list.

The Setting: The setting is in warm California. Though I've never been there, Stephanie gave me a good picture of the environment and of the unusual school layout. It wasn't anything completely stunning, but it was interesting.

The Theme: Stephanie subtly weaves in a lot of Christian elements. She did this quite masterfully. The story had multiple themes from encouragement for being a writer to self image. These lines stuck out in particular to me:


Dad’s voice is thick with emotion. “It’s not dependent on if you win tomorrow or if your book gets published or anything the world tells you. You’re a writer simply because you write, and no one can take that away from you.”

Karen pulls her shades back down over her eyes and tips her face toward the sun. “Shake off your image issues as soon as you can, Ellie-girl. You can’t control what people are going to say, and paying too much attention to it can cost you your dreams.”


Content Cautions: The content is pretty mild. I'd say PG. Some partying is mentioned and a character gets slam drunk. A few characters imbibe. Ellie lies a lot, but that's eventually deemed as a character flaw. The bird is given to someone.

What We Can Take Away For Our Writing: I want to start breaking down and analyzing books like I have been analyzing movies, shows, video games, and anime, so my reviews aren't just about giving my opinion, but about telling you what works or what doesn't work with each of the books I read.

1.) The Time Transitions Worked - Stephanie includes a lot of time jumps in her story as it takes place over a few months. She used many smooth transitions to skirt this amount of time while still keeping you on track of the story. None of the time jumps were abrupt and left you confused as to what was going on like I've encountered in other novels.

How this can be applied to writing: Be careful about how you pull off your time transitions when writing a story. With each transition, make sure it's clear that you just skipped x amount of time. You can do this in interior monologue or mention the exact amount of time that has passed.

2.) The Story Went into Teen Wrongdoings without Going Overboard and it Worked - Teens tend to get into a lot of things in YA. Often this strays into the explicit content that puts me off most contemporaries whether it be sex or drinking or smoking or swearing. All of these things are mentioned in this novel, but they're handled in a way that pictures reality without being saturated in mature content.

How this can be applied to writing: To make a story realistic, you don't have to go into every solitary gory detail and amp up the book's rating. You can imply events that happened or describe them in a more audience-friendly way. More on this in my Tone Down but Don't Water Down post.

3.) The Love Interests Didn't Work - Unfortunately, neither of the love interests seemed appealing. I felt as if they were too flawed to be attractive and this had me looking for an option C. I know there isn't a perfect boyfriend out there, but I feel as if at least one of the love interests should be more admirable.

How this can be applied to writing: Unless you're making a particular point that the protagonist shouldn't choose either love interest, make at least one of the guys more noble, honest, respectable. It could give a wrong example to the readers if the boy is so flawed yet the girl still goes for him. Just being cute or just doing one nice thing isn't going to cut it for a long-lasting relationship.

Conclusion: Though this book isn't in my regular genre, it wasn't bad. I didn't absolutely love it, but I didn't hate it either. It was a nice read. :)

Stephanie Morrill is a twenty-something living in Kansas with her husband and two kids. Her only talents are reading, writing, and drinking coffee, so career options were somewhat limited. Fortunately, she discovered a passion for young adult novels and has been writing them ever since. Stephanie is the author of The Reinvention of Skylar Hoyt series and is currently working on other young adult projects. She enjoys encouraging and teaching teen writers on her blog.
You can find her on her website, Facebook, Twitter,Pinterest and Goodreads.