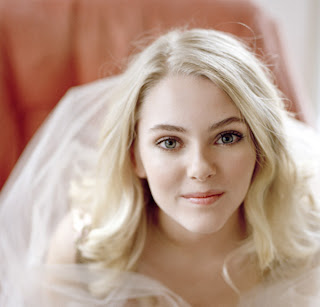 Since I'm doing my high fantasy Starbloods for NaNoWriMo this year, I'm trying to better get to know some of the characters. Elasa was last month's Beautiful People, so I've decided to have her for this month's character interview. She is one of the three point of view characters of the book. Let me tell you a bit more about her!

Elasa is a sixteen year old noblewoman of the northern province of Calsidor, a country that's a mix of the U.K. and New Zealand. She is also born from a long line of Starbloods as most of the Calsidorian nobility. Thus she has inherited the abilities to read minds, move things with her mind, and heal. Since she was very young, she has also suffered from fibromyalgia.

Her many pets keep her company during her bad days, especially her wolpertinger, a wolf-deer-owl-rabbit creature, named Icha. Icha is also bonded to Elasa by blood which is called Iadlonu in Elasa's world. Normally, nobility would bond with a pegasus, but loyal Icha is just the fit for Elasa. Even if the poor beast is no match for Uncle Mavrom.


Soon after she was born, her mother passed away. On her twelfth birthday, he father died of poisoning. Now her older brother Silanoc is Lord of the Northern Provence. The two are very close, even being seven years apart. Though Silanoc's duties keep him so distracted that he doesn't notice that his Uncle Mavrom is abusing Elasa. Elasa is afraid to tell anyone, because he threatens to erase their memories if she does--and he has the few times she's tried. Now she's faced with a difficult choice should she leave home to escape her uncle or risk something horrible happening to her elder brother?

Leave your questions in the comments or in the form if you'd wish to remain anonymous or if you're having trouble with the comments and Elasa will answer them on August 26th! Thank you!
Posted by Victoria Grace Howell at 1:00:00 PM