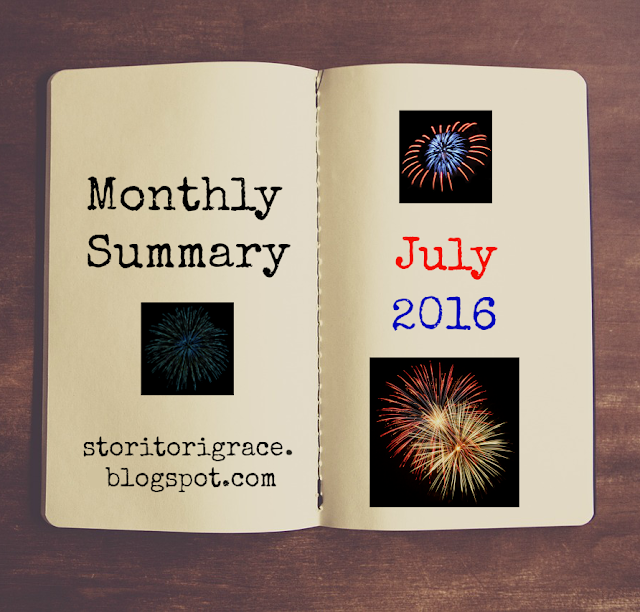 The months of this year seem to go by so fast yet at the same time when I think of the beginning of a month it feels like ages ago. July started out slow with mostly prep for Realm Makers and then ended with a bang with my big trip to Philadelphia and New York City. After the trip I keep thinking of the line from the Hobbit:

Bilbo: Can you promise me that I will come back?


Gandalf: No, but if you do, you'll never be the same.

I definitely don't feel the same after the trip.

1.) I finished editing Subsapien: Biomech two weeks early and managed to get it sent off to my betas before my big trip! I rewarded myself with sushi, Starbucks, and a cannoli for that. 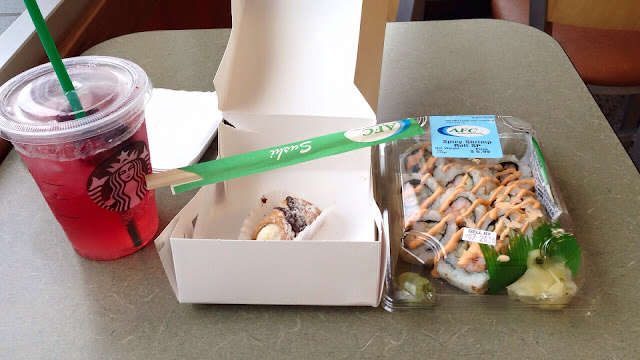 2.) The beginning of July was a bit slow with a not-so-great 4th of July and lots of working. But near the end of the month I left for Realm Makers in Philadelphia, Pennsylvania. There I pitched my book to several publishers and got some good responses. After the conference, I took a train up to New York City to visit my dear cousin! You can read the full report of the trip here. 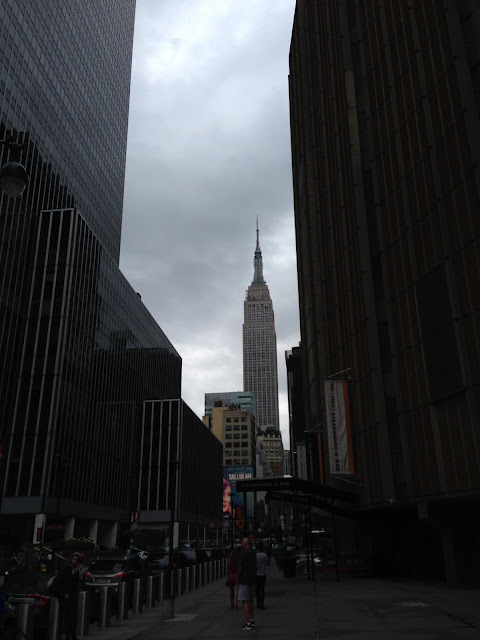 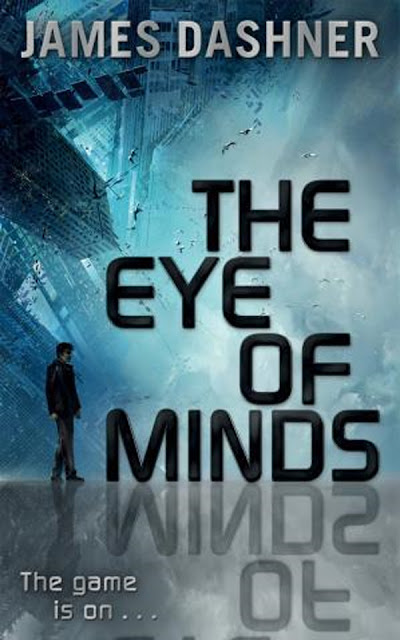 4.) I had a shoulder-up kick and I did three of them of characters from my high fantasy Starbloods that I'm doing for NaNoWriMo.


5.) I've reviewed The Legend of Tarzan and Star Trek: Beyond for Geeks Under Grace! I loooooooooooooved both of them . One of my Geekdom House articles went up as well. This one is about Sword Art Online and perseverance. And then I was also featured in a Realm Makers post!

1.) This month was definitely Star Trek month because I saw both Star Trek: Beyond and I got to go to the Star Fleet Academy Experience in NYC! It was so awesome!!! 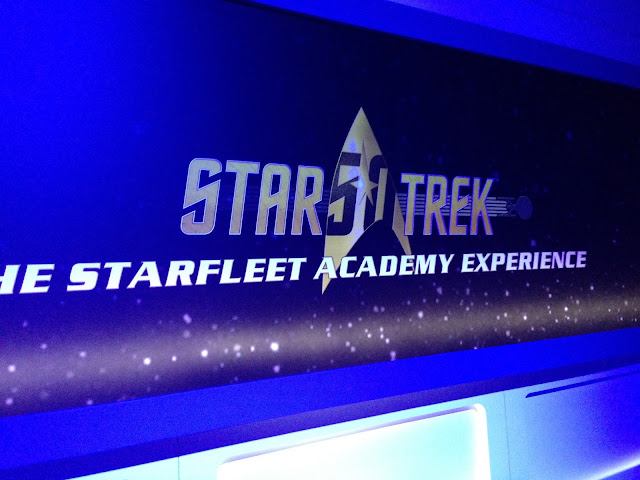 2.) I donned my elf costume for my cosplay for Realm Makers and got this amazing pic with a dwarf cosplayer. 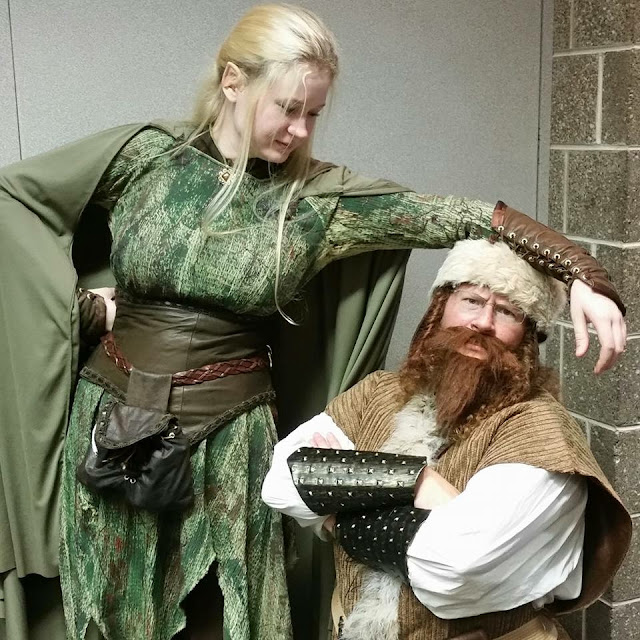 3.) I started playing Pokemon Go!. I never grew up with Pokemon, but I've really enjoyed playing this game and it motivates me to be more active. So win win right? My favorite type of Pokemon so far are Eevees. They're so cute! 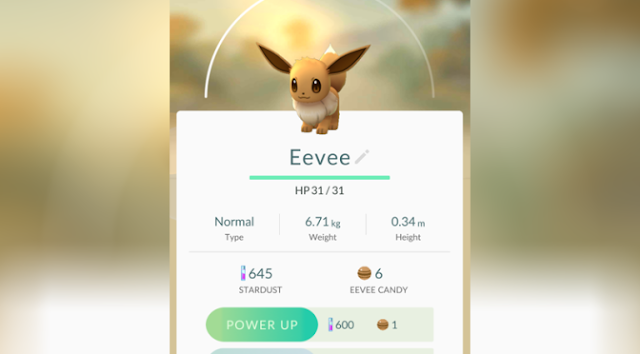 4.) I've talked frequently about how I'm a part of the non-profit company Geeks Under Grace and recently we released this awesome video explaining what we do! And I can't get enough of it! Please share it!

5.) Theater geek stuff totally counts therefore ... I saw Phantom of the Opera on Broadway! It was the coolest! :D :D :D 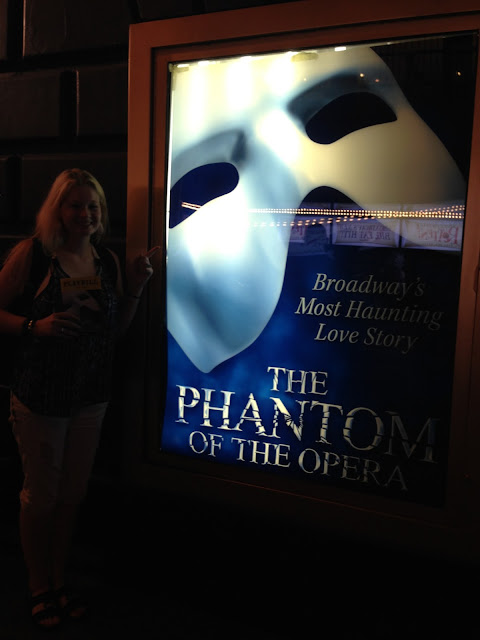 1.) Sentence Variation Rearrange Trick - While editing SB I found this simple trick on how to vary sentences. Often you can vary the sentence beginning by simple rearranging such as:

Example 1: He got so many of those last time he was in this situation.

Example 2: Last time he was in this situation, he got so many of those.

This seems like a duh, but it kinda clicked with me this go around.
2.) Mantra Songs - Writing is tough and I've definitely been pushed to my limits this year when it comes to perseverance. I've found that keeping some mantra songs have helped me keep my spirits up. I sing these or listen to these when I start to feel discouraged. My top three are "Go the Distance" from Disney's Hercules, "Gravity" from Wolf's Rain, and "Rainbow Connection" from the Muppet Movie.

3.) Independence - The Philly and NYC trip required me to do a lot of scary stuff on my own such as New York subways, traversing New York on my own, and even getting a Lyft to go to the airport. These definitely forced me out of my comfort zone, but I feel far more confident in travel after doing these things. 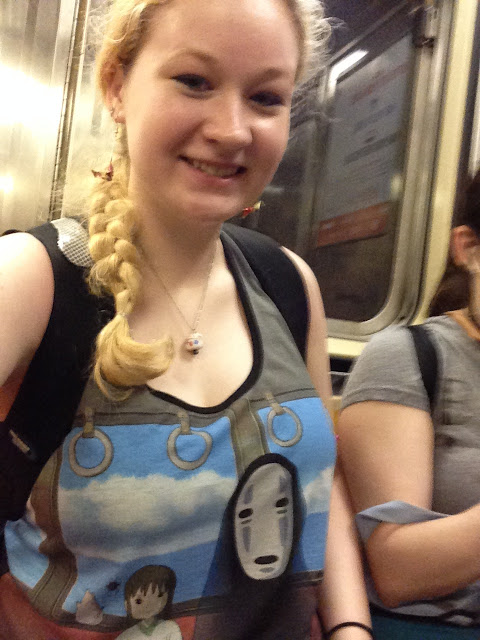 1.) I'm going to go over beta feedback, and depending on how much work it is, I'm going to either focus on that or perhaps start reading over Silver Hood.

2.) I have no idea what I'm doing with my offline life in August besides working lol.

3.) I'm currently reading Rule of Thoughts by James Dashner and Tainted by Morgan L. Busse. I'm hoping to finish both of those this month, and also start either the Giver or the first Harry Potter. 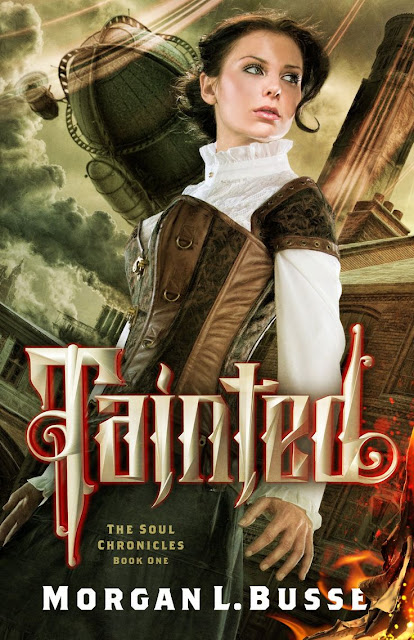 5.) At least one of my Geekdom House articles should be up, and I'm going to be reviewing Pete's Dragon. ^ ^

Other stuff:
Fourth Bloggoversary Celebration!
The Sound of My Thinking Army Tag, The Starlight Blogger Award, & the Text Tag


August 9 -  Top Ten Tuesday - I've been really wanting to try out this tag/link-up/thing since I've seen it hovering around, and with my new blogging schedule, I finally can!

August 12 - Questions for Elasa - Since I'm going to be doing Starbloods for NaNoWriMo, I really want to do some more interviews with the characters from that book. And I love Elasa. She's so sweet.


August 13 - So Your Character is From Thailand ... - Melissa Grav is coming to the blog to talk about living in Thailand!


August 19 - Beautiful People - I don't know what this month will have in store, but I'm excited to find out! I'm hoping to do another Starbloods character.


August 23 -  Heroes 101: Yes, They Can Be As Interesting as Antiheroes  - A post about how to write an interesting hero. I've done one of these for antiheroes and I really think heroes themselves need this sort of attention as well.


August 27 - Monthly Summary - Same as this, but for August.


August 30 - A Book Review of Tainted by Morgan L. Busse - I picked up this CBA steampunk book while at Realm Makers, and I'm excited to be reviewing yet another book in one of my favorite genres!


1.) Five Reasons to Love Summer by Liz Brooks @ Out of Coffee Out of Mind - Finally a post that perfectly describes why I detest summer. XD


2.) How You Can Be a Helpful Beta Reading by Katie Grace @ A Writers Faith - Every beta needs to read this.

3.) FOUR TIPS FOR WRITING WHEN YOU ARE DEPRESSED by Kristen Steiffer @ She's Novel - I struggle with writing sometimes because of my depression and these are some great tips.


4.) Chronicling The Craft: Adjusting Your Writing Schedule (and Maintaining Your Sanity) In Response to Life Changes by Sara Letourneau @ Her Official Website & Blog - Sometimes life comes and makes you change your writing schedule as a work around. She talks about some great tips on how to do this.

July was a really long month, but the trip really made it great. I've learned so much that I'm still processing it all. I have a lot of opportunities ahead of me, many of which require some big decisions. I'm hoping this all means well for the future of my writing career. *crosses fingers*

How was your month? What did you do? Are you looking forward to any of the upcoming posts? Have you been to NYC or Philly? Have you been to a writers conference? Have you seen the Legend of Tarzan or Star Trek: Beyond? Should I read the Giver or Harry Potter next?