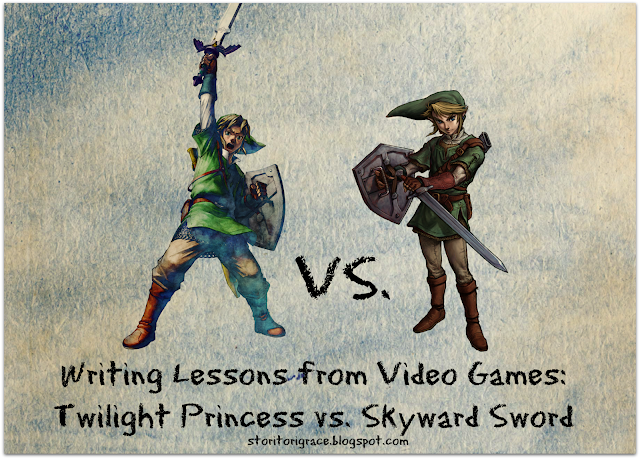 The Legend of Zelda is one of the most famous gaming franchises since 1986. Though the storylines are all unique, each of the games feature the main character Link, a chosen reincarnated hero, who fights many monsters, finds loads of chests, and navigates many temples to save the lovely Princess Zelda.

My favorite Legend of Zelda game is by far Twilight Princess, originally released on Wii and GameCube in 2006. This game features teen Link fighting off the twilight that threatens to consume Hyrule and the surrounding lands. I was simply blown away by the games amazing storytelling and fun gameplay. In 2011, Nintendo released Skyward Sword, which also features a teen Link, but takes places generations before Twilight Princess. Anxiously, I preordered that game and played it on release day, but I was disappointed--like many other longstanding Zelda fans are. These two are often compared since they were both released on Wii and feature teen Link.

So why do the majority fans prefer Twilight Princess over Skyward Sword? I recently replayed both to compare the differences. Today I'm going analyze that and show what it can teach us about writing.

Warning: Prevalent spoilers for both games.

1.) Skyward Sword May Have Better Gameplay But It Lacks in Story - In Skyward Sword, the developers definitely took into account enhancing the gameplay over Twilight Princess such as allow you to jump a bit up walls to speed climbing, allowing sprinting, allowing you to collect items from enemies to enhance your gear, and allowing you to purchase medals that increase the enemies chances of dropping items. This made playing the game faster and easier to navigate, taking away a lot of gameplay grievances of its predecessors. However, it felt like the developers focused more than that than the actual plot.

How this can be applied to writing: To me, the gameplay of a video game reminds me of the prose of a novel. Some novels focus more on their pretty prose or simple prose, but if feels like sometimes with all that pretty prose or all that simplicity, that the plot is hurt. It's partially how I felt in the Raven Boys. Take care to not focus too much on your prose that you spend less time on your plot.

2.) Twilight Princess Focuses on the Plot versus Skyward Sword Has Too Many Side Quests - In Twilight Princess, you are trying to stop the veil of twilight from turning humans to spirits and animals to monsters in an eternal nightmare. You have this constant state of dread in the back of your mind that the twilight is going to come back, that you're going to fail in the game. The plot is always in the forefront of your mind.

In Skyward Sword, you are trying to find Zelda and stop an ancient beast from breaking a seal. But you often get caught up in the many side quests of the game. While caught up in treasure hunting and doing trivial errands for other characters, you forget the plot and eventually a few hours later snap out of it and say, "Oh yeah, I'm supposed to be saving the world."

How this can be applied to writing: We can often get caught up in the many subplots we think up in our story and lose sight of our main plot. We can focus more on a side characters' backstory that doesn't have direct relation to the main character's goal. We must remember to in the end be focused on the main plot.


3.) Skyward Sword has Too Much Action and Not Enough Cutscenes - For those of you that don't know, cutscenes are sequences of the game when it turns into a movie sequence where you watch a scene that's usually dialogue heavy play out. In Skyward Sword, these are few and far between, allowing more time for action but less time to bond with the characters. It's through cutscenes where you really start to connect to connect with video game characters I've found.

I felt more connected to the characters of Twilight Princess because of the many cutscenes. Yes, they stop gameplay, but they allowed me to care about the citizens of Hyrule that I, as the player, am fighting for. The scenes that show Collin looking up to Link as a role model or the scenes that gradually show Midna's change of heart are essential to the depth of the plot.

How this can be applied to writing: Action is very important to a story, whether that be physical fighting or fighting with dialogue or other forms of conflict. However, sometimes we can focus too much on the action and the struggle to keep our book from being boring, that we neglect to develop our characters. If our reader doesn't bond with them, then many won't continue reading.


4.) Groose's Character Arc versus Midna's Character Arc - Both games have antihero arcs where they change from being bad to being good. Skyward Sword has Groose, the school big bulky bully with a small possy who wants to get close to Zelda and has a beef against Link. He's basically a complete jerk. Twilight Princess has Midna the Twili magic-using imp who uses you to fetch her items she needs in exchange for helping you with your quest.

At first, Groose races to get to Zelda before Link, even to the point he hinders your quest. He's a bit bumbling, but in the end he ends up helping the old woman from the temple defend the lands. He finds his purpose. However, you only see snippets of this arc as you occasionally encounter him in the game.

When you first meet Midna in a cell in Hyrule, she gives you a bad feeling. After you discover, she is working with Princess Zelda herself, your feelings ease just a little bit. Midna is with you throughout the game from near the beginning to the very end. Gradually you see her dialogue change not just what she says, but also he entire tone of voice. She is touched by Link's and Zelda's sacrifice and that's what makes her change from being selfish to wholeheartedly caring for Link.

If the size of the paragraphs didn't tell you already Midna's character arc is far more in depth and powerful. I believe the two biggest reasons for this are you like Midna sooner and you spend much more time with Midna. Midna being sassy and witty endears you to her much sooner to Groose's oafish nature. Being able to spend so much time with Midna and watch her change first hand makes you care so much more for her.


How this can be applied to writing: Character arcs are powerful things. The most effective ones are going to be the ones your protagonist views firsthand. And your reader is going to care if that character changes because they first liked him even with their flaws. They'll want that character to become good.

5.) In Twilight Princess the Plot is More Personal to Link - The number one reason I believe Twilight Princess is a more impactful game than Skyward Sword is because it's far more personal. This is the biggest thing I noticed when I first played the latter. The people in Skyward Sword are safe in Skyloft. No one but Zelda is directly effected by the majority of the events in the story. Yes, we care about Zelda, but we don't get as much as impact as in Twilight Princess when everyone Link knows and loves is effected.

In Twilight Princess, at the inciting incident Ilia and Colin are kidnapped before Link's eyes and Epona, his horse, is spooked and bolts in fear. Later, one you find out all of the children of your village have been stolen by monsters and your swordmaster had been dreadfully injured trying to protect them. The events of the game effected the people Link loves most and that made you want to defeat the villain even more. You wanted to see that the kids were okay and be reunited with Ilia, Link's childhood sweetheart.

How this can be applied to writing: When the events of the stories effect your main character's friends and family, their personal life, this adds an extra dose of suspense into your story. You fear for not just one character you care about, but multiple.

Conclusion - In the end, I believe the best video games are ones that bring you into a beautiful story that you the player can interact with. When I first played Twilight Princess, I was blown away by the engaging story telling and I was in awe as I got to be the protagonist Link. Many of the elements of this game still linger with me and effect my writing today. 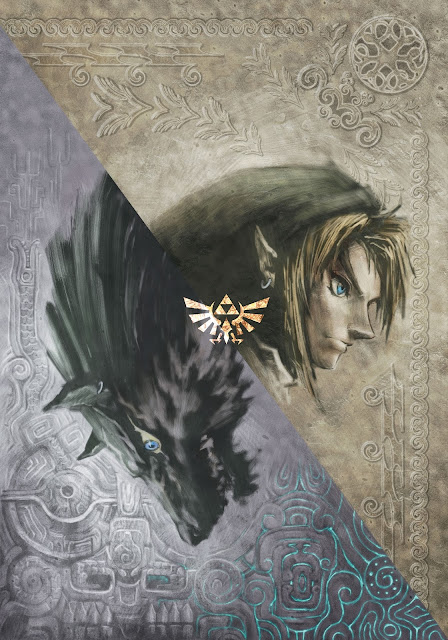 Have you played Twilight Princess and/or Skyward Sword? Have you noticed these writing aspects? What video games have you noticed have good writing? Let's geek out together!