So Your Character is From Thailand ... Featuring Melissa Gravitis @ Quill Pen Writer 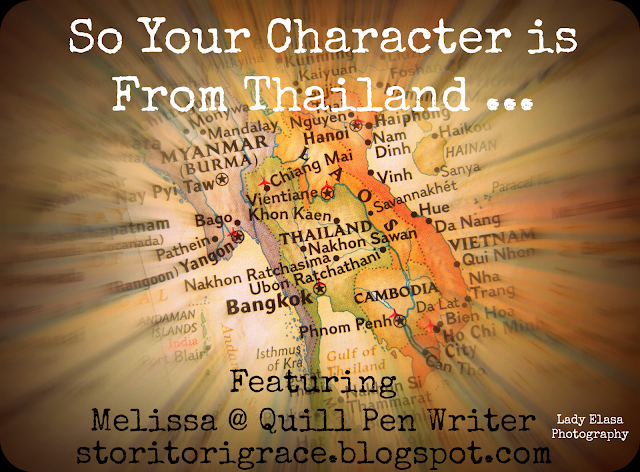 It's time for this month's So Your Character is From Another Country! This is a monthly or bimonthly segment where I interview lovely volunteers from around the world to give you a firsthand account of being a citizen of their respective country. I'm hoping to encourage international diversity, break stereotypes, and give writers a crash course on how to write a character from these different places on our planet. If you haven't checked out last month's So Your Character is From Algeria ... be sure to hop on over there and give it a read!

I love Thai cuisine, I know Thailand is very hot, and I have some coins from Thailand. That's been the most of my knowledge of Thailand, despite even knowing a lady from Thailand, until I read this post of Melissa's. I'm so happy to now know more about the country where my favorite Asian meals come from! 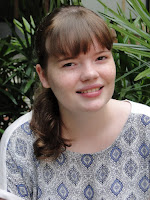 Hi everyone, I am Melissa Gravitis! I am a teen born in Australia, but I have lived in Thailand for over a dozen years. Right now I live up in Northern Thailand but I have also lived in Bangkok for a few years. When not in school, I can be found reading heart-wrenching YA, writing super long mash-ups of fantasy, dystopian, steampunk, and contemporary, eating chocolate, or jamming to music.
Blog

What do you feel is unique to your country? Landmarks? Celebrations?
Thailand is very unique. Everywhere is a mixture of old and new. In some cities such as Chiang Mai, technology stores have been built next to ruins of old city gates. We have a lot of celebrations other countries don’t celebrate.

In April, a festival called Songkran not only marks the Thai New Year, but also is a giant water fight. For a few days people can throw ice cold water at each other, paint faces with powder, build sand castles at temples, and so on. The throwing of water represents cleansing away sins for the New Year (or an excuse to throw water on your friends).

Another unique festival is Loy Krathong, which is where we float krathongs (imagine little floating slices of banana tree trunks wrapped in leaves and topped with flowers and incense) down the river and let off fireworks and lanterns. Something else quite unique about Thailand is the royal family, who are very much respected. Though the King doesn’t have a huge part in the government, his opinions on political matters are taken very seriously.

Tell me about your country's environment. What are some of your favorite places?
There are only three seasons in Thailand; the rainy season, the hot season, and the cool(ish) season. I say cool because winter doesn’t really exist here. The only snow we see is at the Snow Dome at the zoo.

My favourite places in Thailand are Chiang Mai (a city in a valley in Northern Thailand), Bangkok (the capital), and the small secluded beaches down south that no one really knows about. Although Bangkok has horrendous traffic and way too many skyscrapers, it has this unmissable charge to it. The city sucks you in. Chiang Mai is calmer, and I just love the mix of old and new.

Tell me about your country's food. What are some of your favorite dishes?
Most Thai dishes are made using fresh ingredients and every dish, if it doesn’t have several chilies in it already, will always have a natural chili sauce option on the side. When there is meat in a dish, it will most likely be in small pieces scattered throughout. Rice is considered the base carbohydrate for every meal, and a lot of Thai families will not consider a meal complete without rice. Fruit is a desert here, as are a lot of types of bread.

My favourite dishes have to be the more simple foods. Pudseyu (thick rice noodles with vegetables and meat mixed in soy sauce) and khao mun gai (chicken, rice cooked with chicken fat, spicy sauce, and a side soup) are both mouth-watering. But my ultimate favourite has to be gai taut (grilled and spiced chicken with sticky rice). Thai restaurants in other countries often don’t do Thai food justice; they lack the vigorous freshness that defines Thai dishes.

Tell me about any different speech patterns in your country. Slang? Idioms? Words for things such as “biscuits” instead of “cookies”?
This is a bit difficult for me to answer as I am not especially fluent in Thai, but there quite a few Thai words I use on a regular basis. One is ‘furang’ which means foreigner, but is also the name of a fruit. It’s quite interesting to be called the same thing as a green fruit. Some English words have also been adopted by the Thai language, but have a tone added to them, such as vanilla or T.V.

Something to note is when speaking in Thai, if you are being polite a girl will end her sentences in ‘kha’ and guys will end theirs in ‘khrup.’ "Hello" and "goodbye" are the same word in Thai. Also, small roads are often referred to as ‘sois’ which means if a car parks on the side of it, two cars will probably have difficulty going down the road at the same time.

Describe briefly a regular day in your country.
School starts very early, around 7:45 a.m., so every school kid gets up earlier than in other countries. If you don’t catch the school song taew (like a small red truck with an open back and seats lining the sides to sit on) or van you’ll ride a personal motorbike or the car to school. There are about as many motorbikes in Thailand as there are cars, but they are very slim and light compared to others in the world.

Breakfast of sticky rice and grilled pork can be picked up on the way to school. The national anthem is played at 8 o’clock and the flag is raised. You are expected to stand still for this. School goes until around 4 o’clock in Thai schools, because most students do after-school activities. In some schools snacks can be purchased on the road outside. If you don’t go home straight after, you would probably go hang out at a nearby shopping center (mall). At home dinner is eaten with your family and most likely extended family members who also live with you. Then it is relaxing together or doing homework.

How does your country compare to others, especially the States since my audience is primarily American? Environmentally? Politically? Culturally?
It is hard to tell the exact differences since I have never been to America, but for one thing, the weather is not at all the same. Most of the time the air is humid and if we ever have a breeze I like to joke a tornado is coming (we don’t have tornadoes). Floods are a regular thing if you live near the river during the rainy season. Politically we do have quite a bit of unrest between parties, and we do have quite a few times where the military takes over the government.

In Thai culture, elders, parents, and teachers are highly respected and given days where this respect is shown more than usual. Pointing your feet at anyone is very rude, as it is basically telling them ‘you are the scum under my feet.’ Seriously. Etiquette wise, Thai people do not open presents in front of everyone. They will wait until they are in private to open them.

Briefly describe three historical events of your country’s you feel are important.
One major event in Thai history is the Revolution of 1932. A coup (when the military takes charge of the country) took place and ended the absolute monarchy. The Thai government is now a constitutional monarchy, but it's important to note that the royal family are highly regarded today, and their political opinions are very influential. The tsunami in 2004 also had a major effect. It killed thousands of people and destroyed just as many homes and businesses. Then going way back in time, another event is around the 3rd century BC when Buddhism started to spread into Thailand. In years to come it became very popular, and is currently practiced by the majority of Thais.

What are some stereotypes about your country that irk you? What media portrays your country badly be it a movie, a book, or a TV show?
Please do not assume we ride elephants to school and live in mud huts. In the cities we have just as much technology as other countries, and all the elephants are in camps outside the city. There is also the classic reply that I get when I tell people I live in Thailand: “Oh, you live there? I have a sibling/friend/second cousin twice removed that went to Phuket!” The whole of Thailand is not all beaches. There are more places than Phuket, I promise.

The media usually makes a huge deal when we go under a coup, but it never affects daily life that much. The news practically screamed that Thailand was very dangerous, while all that affected me was a few soldiers on a road to school. Assuming China and Thailand are the same is also big in movies and television. In the TV series ‘Once Upon a Time’, one episode started with a couple speaking in Thai (very badly) in a supposed Thai massage area and suddenly they were running around in Hong Kong. How does that even work?

What media portrays your country well be it a movie, a book, or a TV show?
This is hard to answer. Most of the mainstream films, books, and TV shows don’t portray Thailand well at all, and I suggest if you want to understand Thailand to mainly look at sources from inside Thailand. The movie ‘The Impossible’ (from 2012), however, does a pretty good job of showing the beach areas of Thailand and some of the more rural areas when you take away the chaos of a natural disaster. Even the colour scheme of Thai planes is realistic…even though they were flying to Phuket. 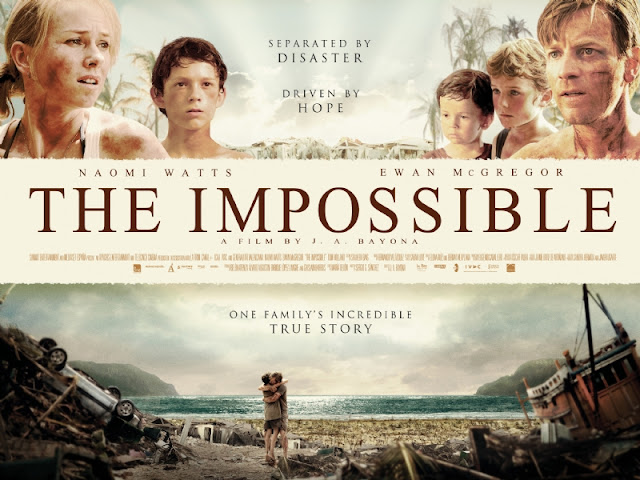 Who are your top three favorite characters native to your country in books, movies, or shows?
It makes me very sad to say I have never read any YA fiction in English (my main language) that has characters native to Thailand. Usually the Asian characters are from Korea or China. My own unpublished works star Thai characters in all different settings, and I encourage all of you reading this to consider pushing the boundaries with your characters. Instead of just another ‘furang’ character or one from the more common countries in fiction, try writing someone from a smaller country. They could surprise you. 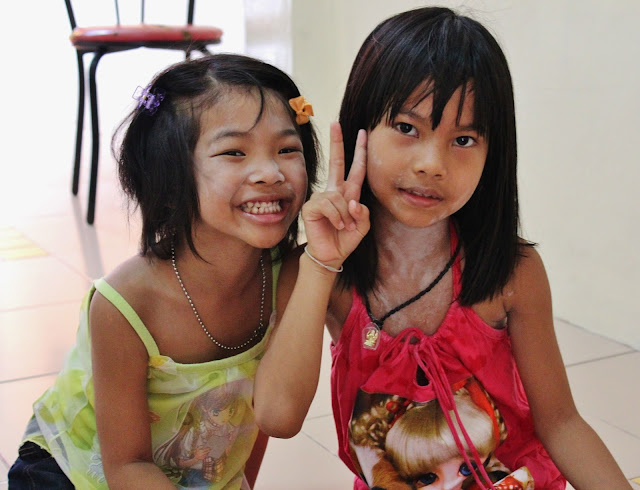 Thank you, Melissa, for this very informative post! I hope everyone enjoyed reading it. Come back next month for So Your Character is From Peru ... featuring Maria Jose & Robb!

Are you interested in participating in this project? Slots for Australia, Canada, England, Scotland, New Zealand, the Philippines, Liberia, Algeria, and Thailand have been filled, but if you are from any other country, shoot me an email at howellvictoriagrace(a)gmail(dot)com.