A Book Review of A Time to Speak by Nadine Brandes


What happens when you live longer than you wanted to?

Parvin Blackwater wanted to die, but now she's being called to be a leader. The only problem is, no one wants to follow.

The Council uses Jude's Clock-matching invention to force "new-and-improved" Clocks on the public. Those who can't afford one are packed into boxcars like cattle and used for the Council's purposes.

Parvin and Hawke find themselves on a cargo ship of Radicals headed out to sea. What will the Council do to them? And why are people suddenly dying before their Clocks have zeroed-out?

After reading A Time to Die, I knew I had to get the sequel! At Realm Makers 2016, I finally did that and now I've gotten to read it just before I read A Time to Rise!


The Plot: I liked the plot for the most part. The new clocks, being clock matched, flawed clocks, and escaping Antarctica was very interesting. However, I didn't care much for the first half of the book. Everyone hating Parvin and the holocaust-grade trip down to Antarctica just made me really sad and horrifying. After they got to Antarctica, I liked the book much better. Surviving in the South Pole summer was really cool and traveling across the West was very neat. The climax was wow intense.

The Characters: Parvin's character arc is very cool. She's changed so much from A Time to Die. She's become motivated and brave and has amazing faith. She's very inspiring. I just wish people would quit being so mean to her. Geez! It reminded me of the Cantral Chronicles where everyone was mean to Monica with no friends and it just got exhausting. Thankfully what happened to Parvin didn't go on as long as Precisely Terminated, but it was starting to grate at me.

Solomon was great. He had to be one of my favorite characters. I'm happy he was in the book more than the first one. Kaphtor and Angelique are very cute. I'm glad there's a French character. I also liked meeting the Prime secret church characters.

Cap irritated the living crap out of me. This sounds harsh but I really wanted him to die. XD He's just irritating to me. I also don't care much for Tawny, and I didn't like Parvin's mother much until later on.

Skelley Chase is a great villain. I believe there's more to him that I'll discover in A Time to Rise.

The Setting: The story takes Parvin to many new places we have been before: Prime, South America, Antarctica, and Lost Angel. I loved seeing all of the new places. Antarctica was especially interesting since I've never read a book that's set in that location. The element about allowed but censored religion was a very interesting element. I could totally see that happening. I also liked how Nadine mentioned that Parvin was overloading by the huge city of Prime. That's how I was when I went to New York City.

Epic Things: The brawn and armor suits were super cool. It's such a nifty idea to have suits give one super protection and strength. That was really fun. I also liked that Solomon was adopted. Slight spoiler, but I'm mentioning it. Since I'm adopted, it's nice to have adopted character portrayed right.

The Theme: Like the previous book, the theme was definitely focused, but it was also on speaking out, despite being afraid. At the beginning of the book, Parvin is afraid to speak to people about what is going on with the clocks, but she grows in bravery and strength throughout the book.

Content Cautions: No sweating and no sexual content. There is some gore. A character is burned to death. Several die from explosions and starvation. There's a lot of death basically.

1.) Be Careful About Having The Majority of the The Characters Hate the Protagonist - I hate that the writing lesson I can point out for this book is a negative one, but this what stood out to me. For the first half of the book, most everyone around Parvin hated her or at least acted like they hated her. Her mother, Tawny, the milkman, her village ... Her father or Solomon didn't have barely involvement yet, so it didn't feel like anyone was doing anything to help her.

Like I mentioned earlier, I saw this happen in the Cantral Chronicles. It made me hate the majority of the other characters. I'm not sure if this was the intent or not, but I feel like there's permanent blemishes against character I think the author wants me to like. Maybe that's part of my personality, but I'm sure other people feel this way.

How this can be applied to writing: Be careful when you have other characters hate your main character with barely any support. This can frustrate readers or even have them possibly hate your protagonist.

Conclusion: I can't say I liked this book as much as the first one, because of the first half. If I could, I'd give a 4.5. Regardless, I enjoyed it and it made up for it in the latter half. :) Highly recommend it! 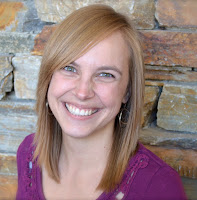 Carol Award winner and Christy Award finalist, Nadine Brandes is an adventurer, fusing authentic faith with bold imagination. She never received her Hogwarts letter, but rest assured she's no Muggle (and would have been in Ravenclaw House, thank you very much.)

This Harry Potter super-nerd has been known to eat an entire package of Oreos (family size) by herself, and watches Fiddler on the Roof at least once a year. She writes about brave living, finding purpose, and other worlds soaked in imagination. Her dystopian trilogy (The Out of Time Series) challenged her to pursue shalom, which is now her favorite word (followed closely by bumbershoot.)

When Nadine's not taste-testing a new chai or editing fantasy novels, she and her knight-in-shining armor (nickname: "hubby") are out pursuing adventures. Find Nadine at her blog, Facebook,Twitter, Goodreads, and Instagram.

Don't forget to read the first book of the series A Time to Die! More book reviews every other Tuesday!