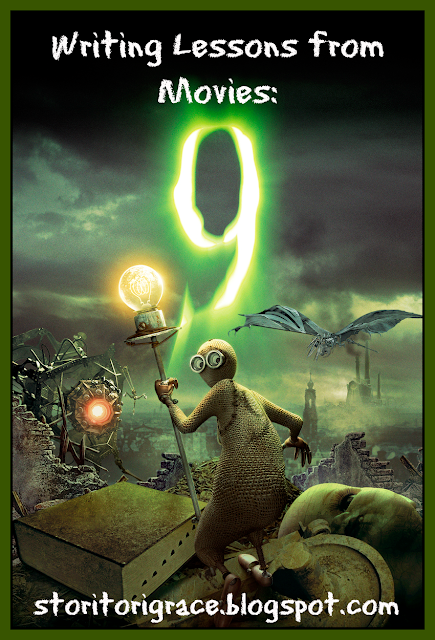 Earlier this year during a trip to Target, I got bored waiting on my other shopping mates and decided to peruse the movie section of the store. There I found this movie called 9. I read the synopsis and it sounded interesting, so a few weeks later I decided to watch it. This is a post- apocalyptic film released 9/09/2009 about a group of animated dolls, which are some of the last living beings in a world destroyed by war. They battle against the Machine to find a way to revive humanity.


It's a very strange movie to say the least. I had to watch it twice to fully grasp it. It's also a PG-13 animated movie, which is uncommon in the Western world, and probably why the movie didn't do very well here. However, this movie is so unusual and it had many writing aspects I believe we can glean from.

Warning: Major spoilers from this film. 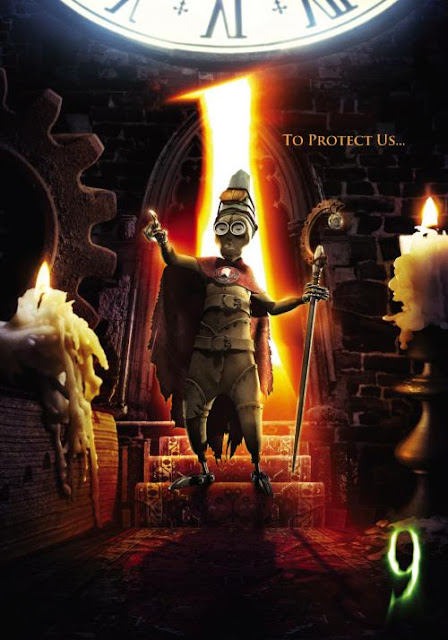 1.) Having a Story with Mainly Created Races -  9 is told in the point of view of little dolls who seem to be the only living semi-organic creatures in the ruins of this world. Outside of this movie, no one has ever seen creatures like this, so the writers are charged with the job to introduce us as views to these inventions. Over the progression of the movie we organically learn more and more about them like that they can die and that they have a mystical spark of life within them. The writers also had to stay consistent with what we'd learned about the dolls. If any of the rules suddenly changed on us then we would have been confused.
How this can be applied to writing: Writing a book centric on races that you created can be tricky. The audience has to get to know the race as the book goes and you have to introduce the race's natures in a way that seems natural. You wouldn't want the race's character to seem like it's explaining itself to the audience. That would jolt the readers out of the depth of the story. This may sound a bit intimidating, but when it's pulled off it can have some unique and fun results. 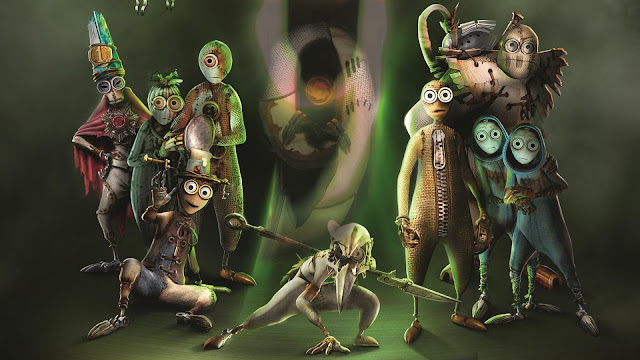 2.) A Post-Apocalyptic Story with Little to No Humans and in An Unusual Time period - I thought it interesting that this story had all of the humans to have died and that the world ended in a World War II-like time period. Many people in that time believed the world was ending because of the devastating war. In any other post-apocalyptic story I've seen or read usually a few humans are alive and all of the animals are dead. It was a neat take in this story that all organic life was gone and the point of the story was to restore it. WALL-E had a similar goal, but in 9 there aren't any fat people floating in space. Everyone is really gone. I think this is both sad and powerful, because in this story our greed had brought about our ruin and these little creatures are our only hope. 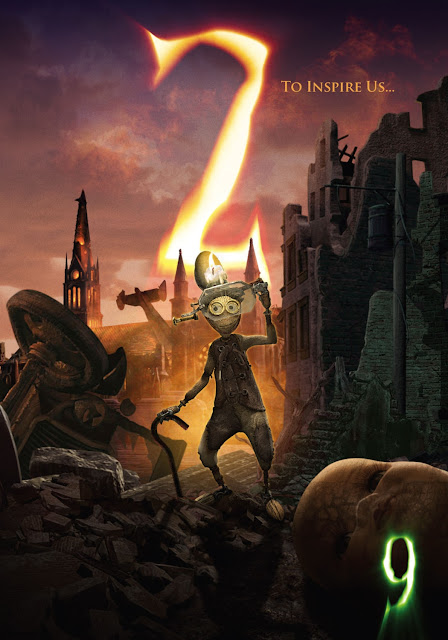 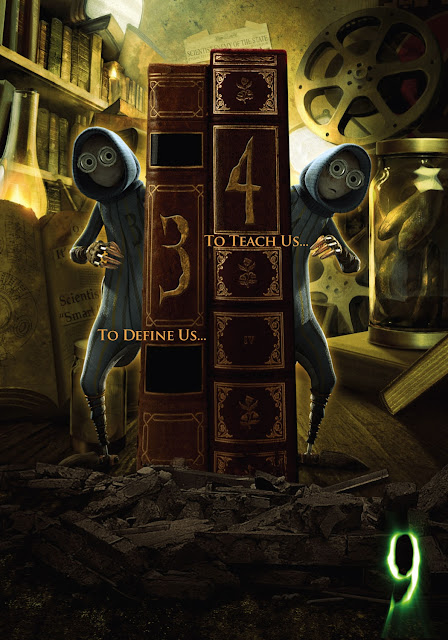 3.) Pushing Characters Beyond Their Comfort Zones - 1, 5, and 8 found their comfort zones in hiding within the church or the sanctuary as they call it. However, when 9 awakened he urged them to leave their comfort zones to rescue 2. 5 readily though hesitantly accepted the call to break from his safe place to save a friend, but 2 and 8 have to be absolutely forced from their home to leave. These comfort zones were safe for the characters, but remaining there didn't allow the characters to grow, which is why the writers had to shove them out of the Sanctuary. 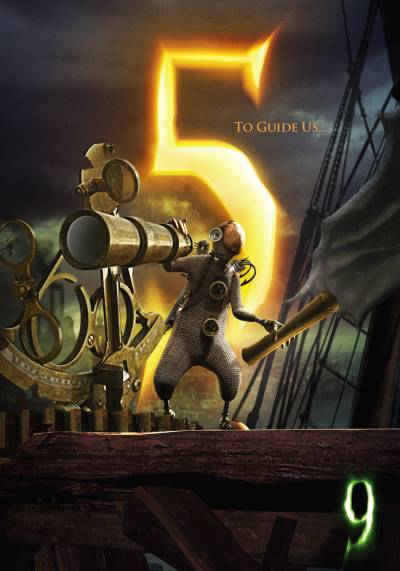 How this can be applied to writing: Character can't grow while they feel safe, so we as writers must find a way to get them out of their comfort zone. This can be by their choice like 5 or we have to force them out like 1 and 8. The best growth for characters happens after great change.
4.) A Fake Ending - Thirty minutes before the end of the running time of the movie, the film seems to end. The Machine has been defeated. Minimal casualties have occurred. Everyone is relaxing and celebrating with an old record they found. All parts of a happy ending ... until it turns out the Machine isn't dead and murders 5. This was shocking to say the least. I didn't expect it and inside I'd hoped the film would end there, but the goal wasn't complete, so I knew there had to be more. However, I believe this faux ending added even more punch to the actual ending and allowed more closure for us viewers with the soon to be perished characters. 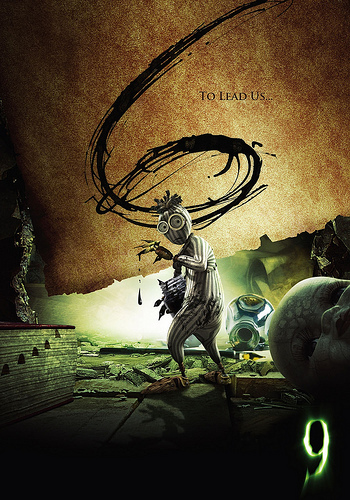 How this can be applied to writing: Have you ever considered doing a fake ending? It looks like the book is over, but wait there's a twist coming! Though this can't be applied with every story, this can be an interesting literary tool. 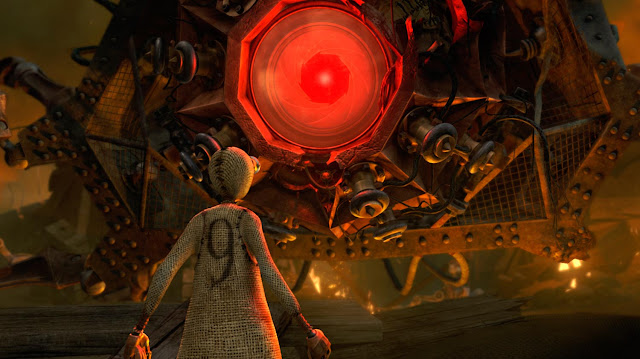 5.) An Ending Open to Interpretation - 9's ending is a bittersweet one. All of the characters have died except 9, 7, 3, and 4. They have ceremony for the lost where they free them from the mysterious object and allow their souls to rise into the heavens. After this the remaining dolls venture into the ruins of the world to make a life for themselves, but the sky yields rain, rain tinted with green the colors of dead dolls' souls.

Personally, I take this as life is going to come back into the world. The world is going to revive, somehow humans and animals and plants are going to come back. I'm personally a bit disappointed that the ending was clearer. This is the downside of endings left to interpretation. I had similar feelings to the ending of Wolf's Rain. A lot of writers do this for symbolism. It can either be an up or a downside. 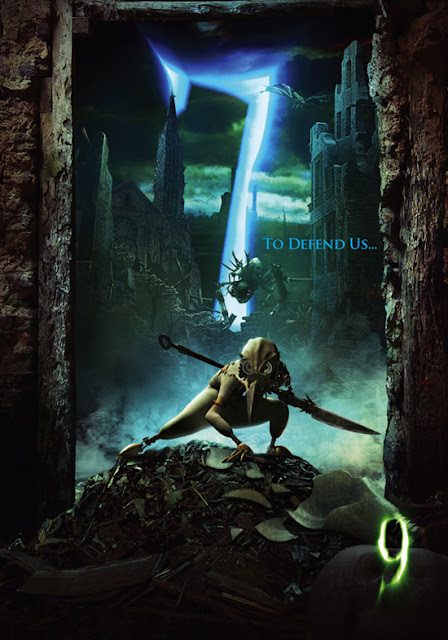 How this can be applied to writing: Have you considered doing an ending that's left to interpretation? Make sure to weigh the pros and cons and know some readers probably won't like it. 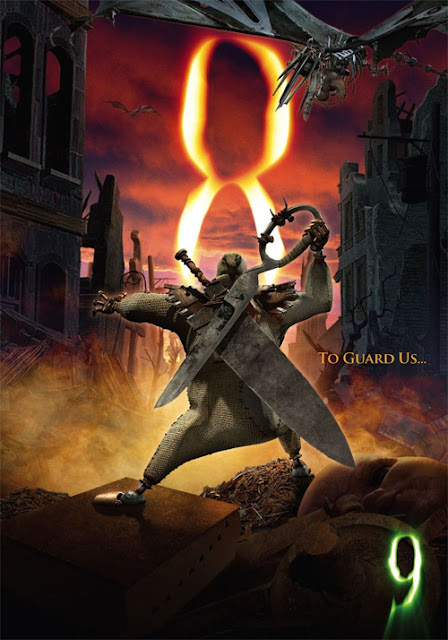 Conclusion -9 is a very strange film to say the least, but it has some very interesting elements in it. It's definitely worth a watch, but don't confuse this with a children's film. There are some horror elements. However, like me perhaps you'll glean some pretty cool plot bunnies. ^ ^ 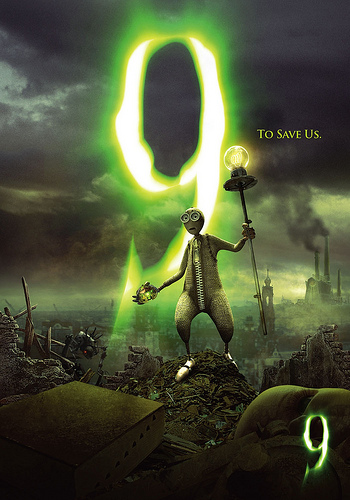