After my car accident back in April, I've dealt with a little PTSD, including flashbacks, aversion to things similar to my accident, and even panic attacks. It isn't fun at all. The first I'd heard of PTSD was actually in the Hunger Games. Before that the most I'd seen as the result of trauma was nightmares in movies and books.

So Your Character Is ... is an on going series where I interview or talk about myself about different people groups, countries, etc. for writing more accurate characters. Our guest Liz has often spoken about her PTSD on her blog, and I commend her for her honesty and bravery. I'm so grateful that she has agreed to speak to us about this mental illness today. I know it's a difficult thing to talk about, but this is some information that any writer needs to know if they want to write a character with this illness. 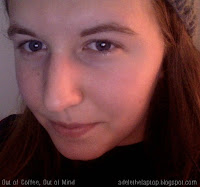 
How does your PTSD physically feel? How do you think it compares to those who don’t have this?
Physically, PTSD feels like a near-constant state of hyper-vigilance. I am often more tense in casual situations than a person without PTSD would be, not necessarily because I am on edge, but because I am always assessing potential threats, both consciously and subconsciously.

At night I feel restless and tense, and it takes a while to convince my brain it can leave off guard duty so I can sleep. During a PTSD attack (or whatever you want to call it), my legs feel weak and shaky, and I can’t necessarily trust my knees to support me. I also have a near-constant, mild tremor in my hands, which can be frustrating when I’m doing art.

How do you feel about your PTSD?
I’m often embarrassed that I have it. After almost twelve years, I’ve pretty much gotten used to it, but I don’t like bringing it up in normal conversation. While I understand that PTSD is my brain’s way of responding to a situation in which I thought I was going to die a horrible death, I tend to be hard on myself about it. After all, I didn’t die, so I can fall into the trap of thinking I am weak for sustaining lasting psychological damage. It can also be frustrating to have to explain to people why fireworks are a no-go for me, and it can be frustrating when well-meaning people offer advice despite their lack of experience with PTSD.

What challenges does your PTSD pose?
I can’t ask people to forgo their traditional fireworks celebrations, because that would be unfair, so I typically have to spend parts of my birthday (January 1st) and the Fourth of July with my earbuds in and my music uncomfortably loud. Even so, I can usually still hear the fireworks when they’re close. I also have trouble when it comes to packing, whether packing a day bag or my entire apartment, because my brain starts going into evacuation mode. It’s also challenging to be patient with people who think telling me, “They’re just fireworks, not bombs—you just need to be a big girl about it,” is going to help me.

Is there anything you like about your PTSD?
As masochistic as it sounds, I like that I am able to write characters with PTSD from first-hand experience. I know how to provide a sympathetic ear to others with PTSD, so I guess that can be seen as a good thing. And, because I’m hyper-vigilant, I have been able to prevent a few disasters, so that’s nice. But please don’t think these things make PTSD glamorous or fun. I could probably find the plus side to getting tortured by a serial killer, because that’s a coping mechanism I’ve had to learn.

Do you think your day differs from others because of your PTSD?
On average, no. Sure, there are certain aspects that are more difficult, like going outside alone on walks. I would say I am more paranoid than most people—I catch myself checking the locks on the house repeatedly, and I check and recheck the burners on the stove and anything else that could be a potential fire hazard because, after losing everything twice, there is a part of my brain that sees a third major loss as inevitable.

As much as I’m able, I try not to let PTSD alter the way I want to live my life. If something comes up, like someone nearby hammering nails, I reach for my earbuds. I avoid large, loud crowds as much as possible. And, along the way, I’ve taught myself a number of coping mechanisms, such as keeping a constant, reassuring inner monologue going on the back of my mind. So when I’m struggling, it won’t necessarily impede me.

Do you have any cultural differences between others who also have your PTSD and those who do not?
The only difference that comes to mind is a lack of understanding. PTSD isn’t one of those things you can fully understand unless you’ve experienced some form of it for yourself, so those on the outside can sometimes be rude, insensitive, or unhelpful—even when they are trying to be sympathetic—simply because they haven’t walked in my shoes. There can also be tension between those with civilian PTSD and those with military PTSD because some (and I stress, not all) people with military PTSD see any sort of non-war-related PTSD as illegitimate or attention-seeking.

What are some stereotypes about your PTSD that irk you?
I don’t like the stereotypical idea that people with PTSD are living in another world inside their head, or that they get flashbacks all the time. Sure, I get flashbacks—sometimes without warning, most times when something like fireworks triggers them. And sure, I have nightmares. But on the whole, I’m in the here and now just like the rest of you.

Also, it can be frustrating how often people assume PTSD only happens to you if you’ve fought in a war. Yes, my PTSD did come from a war-situation, but I was a civilian, not an active participant. Even a bad car accident can give you PTSD. Getting mugged or beaten up or kidnapped could also give you PTSD. It would be nice to see more inclusive representation of PTSD in books and movies.

What media portrays your PTSD badly be it a movie, a book, or a TV show?
Two examples that come to mind are Insurgent by Veronica Roth and The Impossible Knife Memory by Laurie Halse Anderson. Both portray textbook PTSD, but they don’t dive very deep into the psychology of it. They focus on only the most major symptoms and end up missing a lot of the nuances. I’m not saying they’re essentially inaccurate, just that they’re stock, one-dimensional representations.

What media portrays your PTSD well be it a movie, a book, or a TV show?
Suzanne Collins’ The Mockingjay has taken a lot of flack, and I’ve seen a lot of people complain about Katniss acting different and going off the deep end. But, honestly, she is one of the most accurate representations of PTSD I’ve seen in a long time. Iron Man 3 is great too because it offers a somewhat different view of what it’s like to have PTSD. You can also observe some of the effects of PTSD on a few of the characters in Supernatural (specifically Dean).

Who are your top three favorite characters who also have PTSD in books, movies, or shows?
I would have to say Katniss Everdeen, Haymitch Abernathy, and Dean Winchester, although Tony Stark is great too. 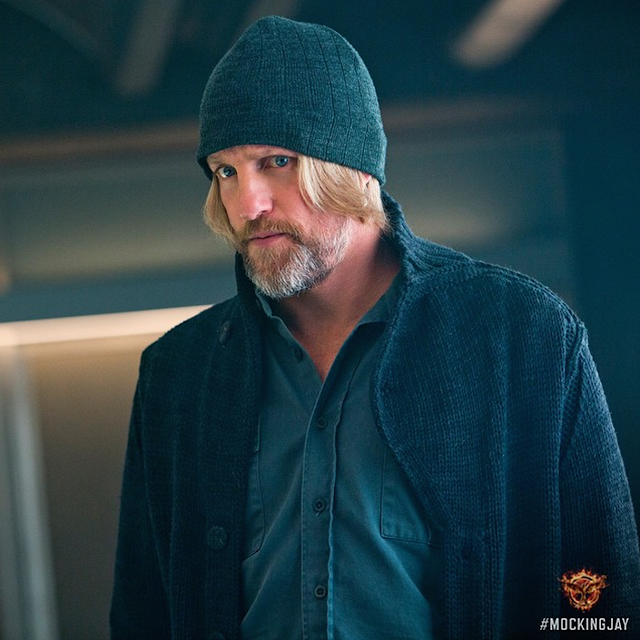 Thank you again, Liz, for your transparency! This is such a wealth of information! Thanks for reading! Liz will be back with us in the coming weeks for So Your Character Has Synesthesia ..!