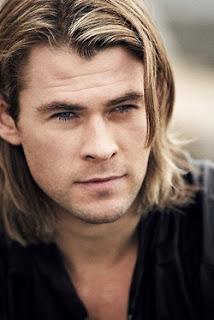 It's time for a call for questions! This is Lord Silanoc. He is one of my side characters from my high fantasy series Starbloods, and Elasa's older brother. I'm rewriting Starbloods for NaNoWriMo this year, so I want to flesh out Silanoc some more through a character interview! Let me tell you a little bit about him!

Silanoc is the twenty-three-year-old lord of the Northern Province of Calsidor and also ambassador to Melorain, the bordering country. At nineteen, his father Lord Rhoga was assassinated on his younger sister twelfth birthday, leaving him as lord. Silanoc readily shouldered his father's position and he wishes to rule his province justly and kindly as his father did.

Lord Silanoc is a quiet soul. He enjoys peace and reason, but he isn't afraid of a fight if the time comes. He is highly train in the way of the sword, dagger, bow, and spear. When he was sixteen, he spent a year in Melorain, among the natives, as a way to seal an alliance between Melorain and Calsidor. He learned their language, culture, and way of fighting. In return, the chief's son lived with him in Calsidor for a year and is his closest friend. Silanoc has a special bond with the Tsutegowa, the shapeshifting natives of the country because of this.

Above all, Silanoc adores his precious younger sister Elasa. Silanoc's mother died giving birth to her and Elasa was born very week. Though he seeded bitterness at first against her for her mother dying, he grew to love and protect her. He spends as much time with her as he can, and values her above anyone else. He would stop at nothing to protect her--even if that mean sacrificing his position as a nobleman.

Leave your questions in the comments or in the form if you'd wish to remain anonymous or if you're having trouble with the comments. Silanoc will answer them on October 21st! Thank you!
Posted by Victoria Grace Howell at 1:00:00 PM