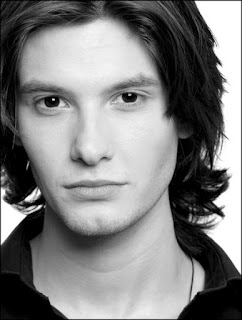 It's that time of month again! I'm calling for questions for another character! This guy is the main male character from my high fantasy series Starbloods which I'm doing for NaNoWriMo. Yay! So I'm trying to familiarize myself with all of the characters. Let me tell you a little bit about this one.

Rouyn is a seventeen year old Starblood who has not yet acquired his abilities. He is a prince of Calsidor, a land he was only born in, but he was raised in another country for he was threatened as an infant. For years he has communicated with his royal parents by letters, but he yearns for the day he can finally meet them when he's eighteen.

He currently lives on an island off the coast of Ibreain, a Mediterranean-like environment with his guardians and their child. The guardians, like everyone else on the island except Rouyn, are of the winged race sylphs. Until his parents sent him a pegasus as tradition of young Calsidorian princes, he always had to rely on others to get about elevated island. Landora, his pegasus, is his best friend. They are bonded by blood and able to communicate telepathically.

Though Rouyn has been treated like a prince his whole life, he has felt like an alien among his environment, and longs to be around people like him. On the other hand, he is afraid of being a prince of a people he doesn't remember meeting. He's read so much about them, but that isn't the same as knowing them in person.


Leave your questions in the comments or in the form if you'd wish to remain anonymous or if you're having trouble with the comments. Rouyn will answer them on September 23rd! Thank you!