In 1897 England, sixteen-year-old Finley Jayne has no one…except the "thing" inside her

When a young lord tries to take advantage of Finley, she fights back. And wins. But no normal Victorian girl has a darker side that makes her capable of knocking out a full-grown man with one punch.

Only Griffin King sees the magical darkness inside her that says she's special, says she's one of them. The orphaned duke takes her in from the gaslit streets, against the wishes of his band of misfits. And Finley thinks she might finally be a part of something, finally fit in—until a criminal mastermind known as the Machinist threatens to tear the group apart….

Since I'm now writing steampunk, I try to make a point to read any steampunk book I can get my hands on. Therefore, I was so happy when I won this novel from Life of a Random last year.
The Plot: The plot has classic Sherlock Holmes-like mystery mixed with steampunk fun. It also has some classics inspiration like Dr. Jekyll and Mr. Hide. The plot held me to the end and it had lots of twists and turns, one I predicted, but others took me by surprise. It was well-woven indeed.

The Characters: I really enjoyed the characters. Finley as a female Dr. Jekyll and Mr. Hide was super cool. I love Griffin King's aether abilities. Aether is a very underused power, but in this book it was super fun. Emily is sweet and I love her love for tinkering. Sam annoyed me a bit sometimes, because he was so darn stubborn, but I must say that 1800s cyborg makes up for that. Jack Dandy, a criminal Lord, was also a very dynamic character. I loved his cockney accent and his roguish charm. He was that chaotic neutral character where you're not sure if he's good or bad.

The Setting: If you hadn't noticed a pattern in my reviews, I gush mostly over worldbuilding. The world is very similar to the real 1897, but with addition of steampunk bicycles, automatons, steampunk cyborgs, and even funner superpowers.

Epic Things: I love all of the details in the super powers. The sense-enhancing rune tattoos, the organites, and the inventions.

The Theme: There's many good themes of friendship and trust.

Content Cautions: This novel has some drinking, including characters getting drunk; a character is almost raped and is molested; and there is some gore mentioning that a guy got ripped apart, some murders, and an operation. The nastiest part was when Sam peeled back the skin on his cheekbone a bit. There is some notable swearing including, arse (U.K. version of a**) used ten times, h*** thirteen times, d*** ten times, b*****d twice, bi*** once, and S.O.B. once.

1.) Head Hopping - For those of you who don't know is when you switch point of views in the middle of one point of view. This is allowed in omniscient, but not in any other tense pretty much. This author tended to head hop. I guess to get a movie-like effect, but it was still jarring. She didn't do it enough to irritate me a lot, but I still found it unnecessary.

How this can be applied to writing: When you head hop, you break point of view and this can be very confusing for your readers. Unless you're writing in omniscient you should remain in the head of a character until a break in the chapter.

2.) Antiquated Modern Inventions - One of the other fun things I liked about the worldbuilding was there were a lot of more modern inventions, but changed so they could work in 1897. For example, a portable telegram machine. This is basically an old version of a cellphone. It takes whole briefcase to carry it, but it has the biggest useful feature of a cellphone: portability.

How this can be applied to writing: Have you thought of antiquating modern inventions for your story?

3.) Oxford Commas - For some reason unknown, this author does not use them. And it irks the heck out of me. The following reasons are why: 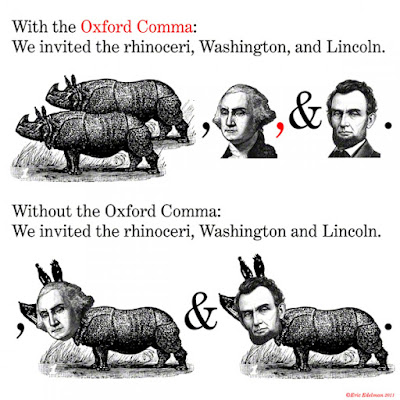 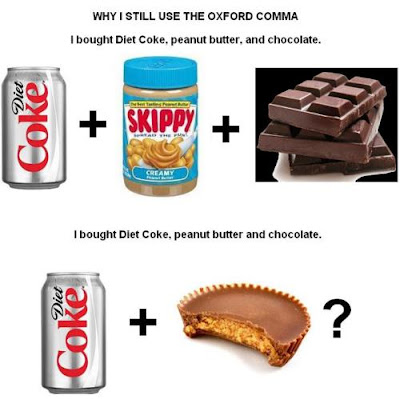 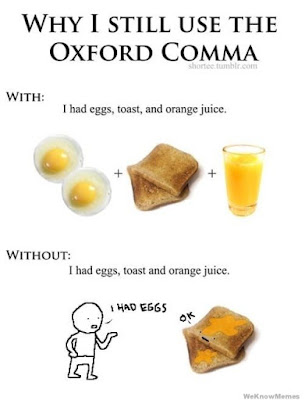 How this can be applied to writing: Please use Oxford commas.

Conclusion: Despite having a few qualms with the author's prose choices, I really enjoyed this story. The characters, worldbuilding, and plot enraptured me and I will probably read the sequel. Four stars!

Kady Cross is a pseudonym for USA Today bestselling author Kathryn Smith. She lives in Connecticut with her husband and a pride of cats. She likes singing with Rock Band on the 360, British guys, Vietnamese food, and makeup (she’s hopelessly addicted to YouTube makeup tutorials!). When she’s not writing Kady likes to catch up on her favorite TV shows, read a good book or make her own cosmetics.
Website//Goodreads//Twitter