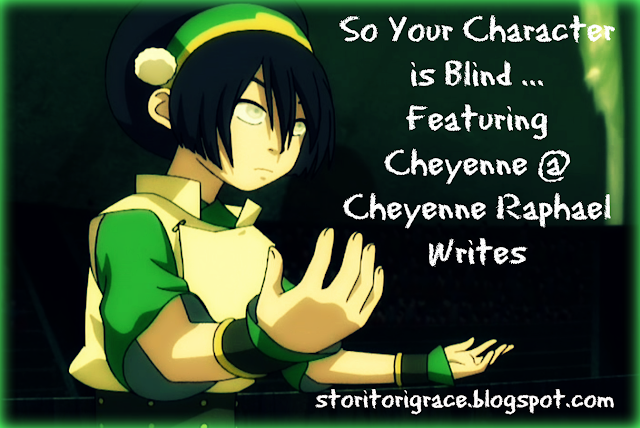 Blind characters are pretty prominent in fiction. Toph from Avatar: The Last Airbender, Iggy from Maximum Ride, and Chirrut from Rogue One are just a few of the many. I haven't known many blind people in real life. I did have the experience of having a tour of a blind school, but that's the majority of my knowledge. I was very happy to stumble upon Cheyenne's blog, and she graciously agreed to be interviewed on what it is like to be blind.

I've been totally blind since the age of seventeen months. Presently, I'm seventeen and a junior in high school. My dream is to be a published author, but until then I plan to pursue a career in either psychology or computer programming. Right now, I'm in the process of teaching myself HTML and Python code in order to help make apps and websites more accessible to the blind and visually impaired. When I'm not writing, coding, or researching mental disorders, you can find me blogging about writing, reading, sewing, reorganizing my rock collection, watching more YouTube videos than is probably healthy, or scrolling through my twitter feed.
Blog//Twitter//Goodreads//Tumblr 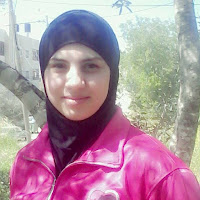 Jina was born and raised in Rio de Janeiro, Brazil, where she spent a fulfilling childhood before moving to the Middle East. Soon after graduating high school, she was diagnosed with a chronic disease that eventually caused her to go blind. She’s the author of the urban fantasy Heir of Ashes, to be released spring 2018; a columnist at Conscious Talk Magazine, where she writes for the Writer’s Life column, Food column, and Mind, Body and Soul column. She’s an addicted blogger, a mother of three hooligans, and a crazy cook.
Blog//Twitter//Magazine

How does your blindness physically feel? How do you think it compares to those who aren't blind?
Cheyenne: I don't remember what it's like to see, so I can't really give an accurate answer. It feels completely normal to me when I'm in a familiar area with people I know, but sometimes it can feel like I'm just moving through empty space when I'm in an unfamiliar area and walking independently because I have nothing to focus on in front of me.

Jina: I lost vision gradually. It started when things would become blurry on a specific part of my visual field. Then blurry progressed to black spots like some black, uneven spot would block me from seeing what’s on the other side. Now, almost fifteen years after that first blurry spot appeared, my vision is white, black, red, dark and light grey. Sometimes when I’m stressed out, I can see sparkles.

How do you feel about being blind?
Cheyenne: Honestly, it's just a part of life for me. I don't go around thinking about my blindness every day. If I come up against a problem, I don't immediately think, "this is hard because I'm blind. " Instead, I usually think something like, "How am I going to fix this issue?"


Jina: Well, it’s something that just is. I accepted it, I live with it. I don’t feel bad for myself or have any pity parties - 99% of the time. If you asked me this question back when I first became blind, my answer would have been something completely different.

What challenges does blindness pose?
Cheyenne:
•I can't just hop in a car and go wherever.
•Touchscreen refrigerators, credit card machines, and coffee makers are the most irritating things on the planet!
•My school is obsessed with PowerPoint and Google Docs, both of which make me want to scream and tear my hair out because they are NOT screen reader friendly by any stretch of the imagination!
•If you're reading this, it doesn't apply to you, but sometimes people can be complete idiots…. I'm blind; (I read braille, NOT sign language!)
•Those captcha things that ask you to "please type the text in the box in order to prove you're not a robot. " I obviously can't see the text, and usually it's presented in the form of an image with no alt-text, (meaning that my screen reader won't read it.) I either have to not follow the blogs with these verification requirements, or hand off my iPad to the nearest sightling and beg them to type the text for me.


Jina: Nowadays? Just if I need something from outside and I don’t have anyone to take me or send someone in my stead. But before? I became blind during my early twenties, reaching out to other people like me or a school for the blind never occurred to me, so I taught myself everything. Some were easier than others because I already knew how to do them before I became blind, others not so easy. My earliest discovery is making French fries. I can tell when they are ready by the way they sound, without having to keep on taking one fry at a time and tasting it to see if it’s crunchy enough.

Is there anything you like about being blind?
Cheyenne: Well… It's nice to not see road kill and people picking their noses, but whoever I'm with usually feels the need to include me anyway… Other than that, not really!


Jina: Hmm. Hard to answer this one exactly. I don’t like it, but you can say I’m comfortable with it.

Do you think your day differs from others because of being blind?
Cheyenne: Definitely! I rely completely on braille, screen reading software, and a white cane to go about everyday tasks, which sets me apart depending on what environment I'm in at the moment.


Jina: I don’t think so. I am a mother of three. My life mostly revolves around them, my home, my writing. I cook, I clean, I write, I tuck my kids in bed, I wake them up in the morning, send them to school, sit down to breathe in the quiet home.

Do you have any cultural differences between others who are also blind and those who are not?
Cheyenne: Every blind person is different, just like every "sightling" is different. I was fortunate to have an amazing family and group of instructors who didn't allow me to think of myself as "abnormal" or "different. " I did everything that a sighted child would do, (even if it was adapted a little), and that has made me who I am today. Had I not received that early intervention, I probably wouldn't be able to do half the things I do today.

What are some stereotypes about blindness that irk you?
Cheyenne:
•Touching faces: I have no idea where this came from, but it is completely ridiculous, and I have never met a blind person who does it!
•Super Senses: I may be blind as a bat, but I do NOT have sonar hearing! Maybe we focus more on senses besides sight, but they're not really enhanced.
•Counting Steps: Do you have any idea how hard it is to have a conversation with a friend and keep up with your steps? I'll just count doors, buildings, and sidewalk turns, thank you very much!
•Blindness caused by horrible accidents: In almost every book I've read with a blind main character, that character has lost their vision in some horrible accident. This really doesn't happen very often. Blindness is usually caused by medical disorders.

What media portrays blindness badly be it a movie, a book, or a TV show?
Cheyenne: The first character that comes to mind is the blind man in the "Heros of Olympus" series. I hate to criticize those amazing books, but let's just make us blind people out to be as crazy and disgusting as possible, why don't we?! *insert angry emoji* To be quite honest, I've never seen a "good" blind character in any kind of media.


Jina: Hmm. I don’t think I’ve ever read a book where a character was blind – if I did, I can’t remember. But I do remember before I went blind, there was this show, I think it was called Dark Angel and there was a minor character who was blind (not in real life though).

What media portrays blindness well be it a movie, a book, or a TV show?
Cheyenne:
•Blind by Rachel Dewoskin is okay, but it definitely has its stereotypes…
•The Seeing Summer is probably the best I've read:
•Girl, Stolen is good, but no blind person is going to mistake someone's voice like the main character does.


Jina: As I wasn’t yet blind when I watched that show, I am not sure if the actor performed her part well or not.

Who are your top three favorite characters who also are blind in books, movies, or shows?
Cheyenne: I don't typically go out of my way to find blind characters, but these are the "not too bad" ones that I have found…


Jina: Again, I can’t really answer this one. But now that you’ve mentioned it, I’d probably start seeking these books out, just to find out. 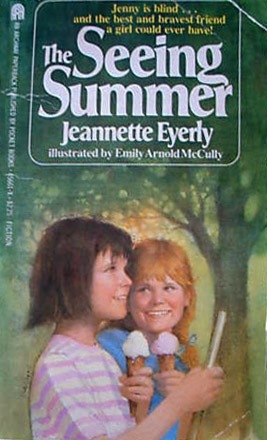 Thank you again, Cheyenne and Jina! This is such a wealth of information! Thanks for reading!