So Your Character is From Finland ... Featuring Leona @ Leona's Blog of Shadows 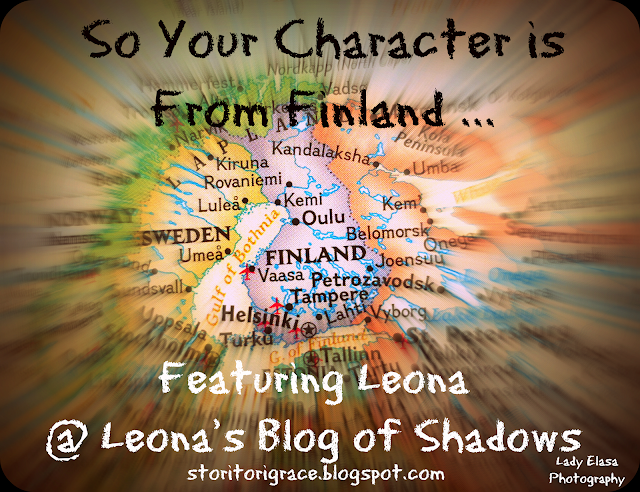 It's time for this month's So Your Character is From Another Country! This is a monthly or bimonthly segment where I interview lovely volunteers from around the world to give you a firsthand account of being a citizen of their respective country. I'm hoping to encourage international diversity, break stereotypes, and give writers a crash course on how to write a character from these different places on our planet. If you haven't checked out last week's So Your Character is From the Netherlands ... be sure to hop on over there and give it a read!

I honestly didn't know too much about Finland before this post. I knew it was in Scandinavia, very cold, and there's reindeer. That's one of the many reasons why I was so happy that Leona agreed to be interviewed. Let's welcome Leona! 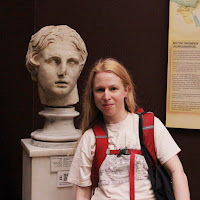 I am an IT engineer by day and book reviewer and fantasy writer by night. I was born and raised in Istanbul, Turkey, relocated to San Francisco Bay Area, CA in 1999 for work, relocated to Austin, TX in 2004 and later to San Antonio, TX and became a naturalized US citizen somewhere along the way. I moved to Finland in 2013 where I currently reside and hopefully for good. My main hobbies are medieval re-enaction, fantasy cosplay, sailing, needle crafts, nature photography and drawing. I don't see writing as a hobby, I treat it as my second job. I am working on the first two books of a dark fantasy series loosely based on a medieval Byzantine setting and draws elements from Turkish, Armenian and Mongolian mythologies. 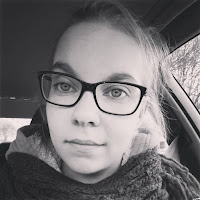 My name is Hanna and I’m 24 years old. I live in Raisio with my family. Raisio? Yeah, this is a small city they call “the big crossroad in the middle of Turku and Naantali”. I’m currently at home with my three kids but after summer, I’m going back to school and hopefully be a midwife someday. When I have a chance to be by myself, I use it for reading. Soon (hopefully) I’ll be able to get back to horse riding too.
Blog//Facebook//Twitter


What do you feel is unique to your country? Landmarks? Celebrations?
Leona: The amazing nature is the first thing many people notice. The most famous landmark is the Helsinki Cathedral (also known as the White Cathedral). But Finland is unique with the number of lakes. It is known as the Land of Thousand Lakes and there are around a quarter million lakes, most of them concentrated in central Finland. There's also the midnight sun in Lapland, the northern half of the country. And the bodies of water all freeze during the winter. The sea is warm enough to swim in the summer and frozen enough to ski in the winter.

The other special thing about Finland is everyman's law, which means you are free to pick berries and mushrooms in any land, including private forests, so long you don't get too close to the owner's home. Fruits and mushrooms are for everyone! Finland is one of the few countries where people still celebrate some of the old pagan holidays like May Day and Midsummer with big bonfires.


Hanna: I’d like to say sauna! And we also do ice swimming in the winter. Well the bravest ones. We also have couple castles and beautiful churches but what I really want to mention is our amazing Snow Village! It’s completely made of ice and snow and you can even stay the night and sleep there. 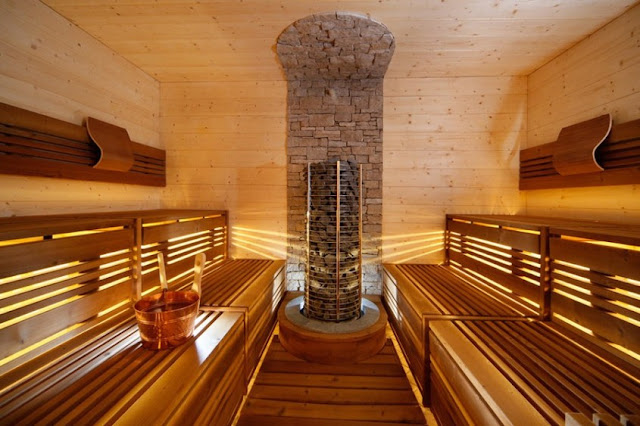 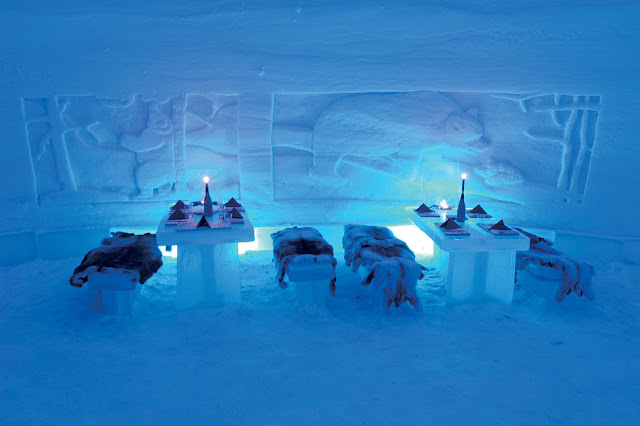 Tell me about your country's environment. What are some of your favorite places?
Leona: Finland is the land of forests and lakes, my favorite place is pretty much anywhere in the middle of woods with a small log cabin near a lake. I love the nearby national parks in the Helsinki Capital Region, Sipoo and Nuuksio. Nuuksio is stunning with its lakes, ponds, tall trees and wildlife.

Southern Finland is sub-arctic climate, winter days are short with only 4-5 hours of daylight, cold and dark. Snow stays on the ground from January till mid-April and temperatures can drop to -30. But the summer is the opposite, we get nearly 21 hours of daylight during Midsummer. It can get quite warm, some years it hits 30C, some years it stays around mid 20's. Lappland has harsher climate than that, and there's no daylight for months in winter, and the sun doesn't set for a couple of months in summer.

Hanna: We have so many beautiful forests! And well they say Finland is a country of thousand lakes. But I love the forests! Especially the big ones where you can just wander around not hearing any noises from cars and city.

Tell me about your country's food. What are some of your favorite dishes?
Leona: Finland's special delicacy is reindeer meat, which is awesome but pricey in steak form. Shredded reindeer in a bed of mashed potatoes with lingonberry sauce on the side is my favorite. The 'typical' Finnish food is salmon and potatoes. Karelian pie is a favorite breakfast food, I love those. Cloudberry jam is another favorite of mine. I love the good old Oltermanni cheese on bread and Lappland's unsalted 'bread cheese' paired with cloudberry jam.

Hanna: We have some weird foods, at least I think so. Probably the weirdest of them all is Mämmi, our Easter food. It’s basically just water, rye, salt and orange zest. It looks very weird and unappetizing but with whipped cream, ice cream or vanilla sauce it’s delicious!
My absolute favorite is mashed potatoes and meatballs. 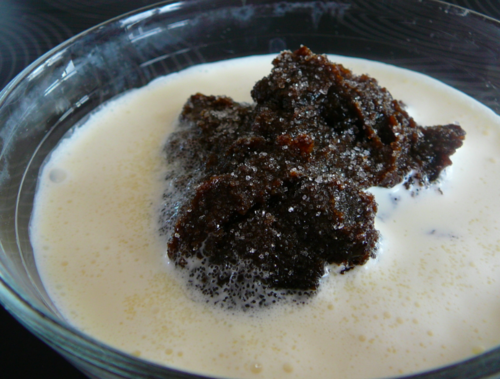 Tell me about any different speech patterns in your country. Slang? Idioms? Words for things such as “biscuits” instead of “cookies”?
Leona: I don't speak much Finnish, I have intermediate level reading skills, they have a distinct slang in Helsinki Capital Area and a few dialects. Finnish is not an Indo-European language, either, it doesn't share any common words with any other European languages. There are some loanwords form Swedish but the Finns twisted them out of recognition.

Hanna: Well Finnish language is hard even for us. Most words conjugate super weirdly and like million different ways. We also have several different dialects depending on where you live. For example word I and you: “minä and sinä” and then in dialect “mie and sie”.


Describe briefly a regular day in your country.
Leona: A typical day in Finland is quite long in summer, sun sets after 10 pm so it feels like you still have the all day even after returning from work. But in winter sun sets around 3pm, it's dark when you go to work and pitch black when you go home. You get tired and sleepy at 6 pm already, feels like the day is over when you come home. In summer weekdays I go to the beach, meet my friends, do outdoors activities after work, but not in winter. I do winter sports if there's enough snow and I have enough stamina.

Hanna: Kids to daycare, work for 8am to 4pm, kids home, food, playtime and then sleep, basically.

How does your country compare to others, especially the States since my audience is primarily American? Environmentally? Politically? Culturally?
Leona: Finland is pretty much secular, the mainstream religion is Lutheran Christianity but hardly anyone practices. Politically the most conservative party in Finland is more liberal than the Democrats in many ways.

The established system is Scandinavian socialism, with free education, extremely affordable healthcare and generous welfare programs. Workers have far better rights than the States, there's no at will work contract, everyone is a member of a union including the white collar workers. You get standard 4 weeks vacation, it's a utopian dream in the US. If you lose your job and get sick, you get free healthcare, you don't get hit with thousands of dollars of medical bills even for major surgery. Going to the ER in an ambulance costs less than 60 Euros, they have low flat fees nationwide. Also, college education is free, no one graduates with huge student loan debts.

Hanna: I don’t know that much about the States but I think we have more forests, our cities are smaller. I also think that we Finns like to stay by ourselves more. We don’t usually talk to strangers. For example there are some pics from bus stops in Google were we stand like a meter away from the others waiting for the same bus.

Briefly describe three historical events of your country’s you feel are important.
Leona: Breaking away from the Swedish colonial rule in 1809 and becoming a grand duchy under Russia, gaining independence from Russia in 1917 after the Bolshevik Revolution, beating the Soviet Red Army in 1939-1940 Winter War are the most important points in history.

Hanna: I think we all agree that our Independence Day is the most important historical event. But I think the civil war in 1918 is important too. 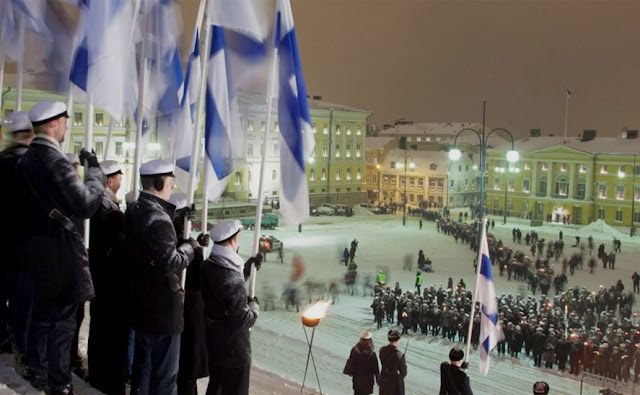 What are some stereotypes about your country that irk you? What media portrays your country badly be it a movie, a book, or a TV show?
Leona: I haven't heard any stereotypes about Finland other than the polar bear references. Most people don't have much of an idea about Finns and Finland, but there are certainly no polar bears, not even in Helsinki Zoo (I heard they have one in Oulu Zoo.) There is really nothing negative about Finland in any books, movies or TV that I have seen or heard of.

Hanna: What irks me the most is probably how they think that we drink a lot of alcohol. Yes, some do but not all of us. There’s many here that don’t drink at all. Also it makes me think that they think we are all alcoholics. As for the media, I don’t know. I haven’t heard of any media portraying us badly but then again, I don’t follow news that much. What media portrays your country well be it a movie, a book, or a TV show?
Leona: I haven't seen any so far, there were some movies filmed in Finland but it was just the setting and not really showing anything much about the cultures and the people.

Hanna: There’s that one movie with some Finns in it, Big Game! Well obviously we don’t leave our kids in the forest to kill animals but I think it shows our persistence. 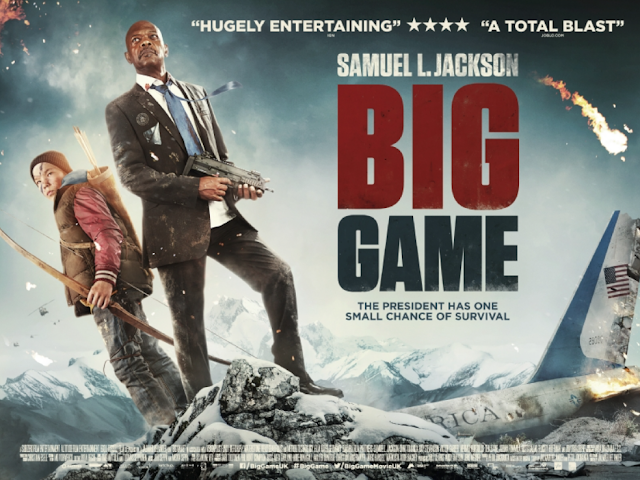 Who are your top three favorite characters native to your country in books, movies, or shows?
Leona: From Finland,
1.) Snufkin from the Moomins, the beloved classic of children's literature. He's a nomad who has no love for authority, a true rebel spirit,
2.) Ilmarinen the Smith god, a mythological character from the Finnish national epic Kalevala, which has also inspired Tolkien,
3.) Kullervo, the tragic antihero from the Kalevala, who inspired Tolkien's epic character Turin Turambar. 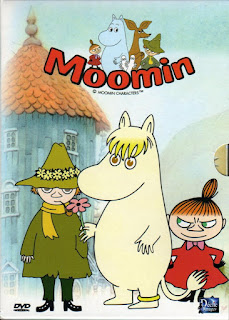 Thank you, Leona and Hanna, for this very informative post! I hope everyone enjoyed reading it. Come back next month for So Your Character is From Papua New Guinea ... Featuring Kara Swanson!

Are you interested in participating in this project? Slots for Australia, Canada, England, Scotland, New Zealand, the Philippines, Liberia, Algeria, Thailand, Peru, China, Slovakia, Belgium, Germany, The Netherlands, and Finland have been filled, but if you are from any other country, shoot me an email at howellvictoriagrace(a)gmail(dot)com.