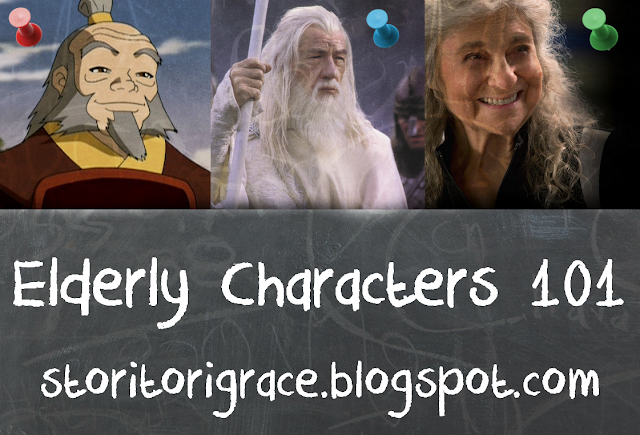 Many of my favorite characters in fiction are sixty and up. What makes us love them so much? When many young people think of older people they think of that lady down the street that yelled at them for running on their grass or the older man that used to give them candy. So what makes some of the the best older characters indeed the best and how can we in turn write great elderly characters? Let's take a look!

Example: Gandalf from the Lord of the Rings - The Gray Pilgrim/Mithrandir/The White Wizard is full of wisdom. Some of the most well-known quotes in fictional history have come out of Gandalf's mouth. He is of the race of Maia so he is at least several hundred years old if not more. Frodo, Aragorn, Pippin, and many other characters have gone to him for wisdom in situations. Gandalf has often found himself in an advisory position like he did with King Theoden in the Two Towers and then with King Thranduil and Bard the Bowman in the Battle of the Five Armies. 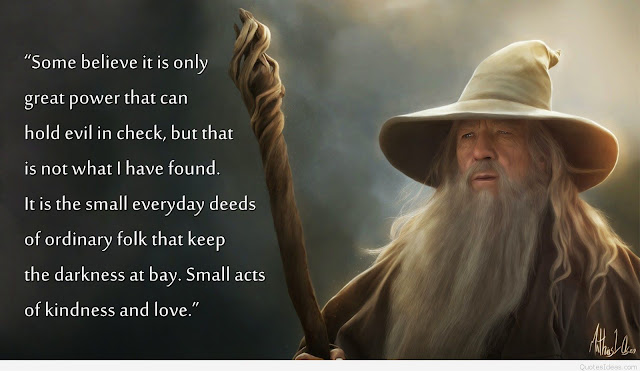 2.) Experience Can Trump Youth - Young people have energy and stamina often old people do not simply because their bodies are younger, however, the benefit of experience can often supersede this when it comes to physical fights. Though an elderly person's body may have aged they have often have decades more experience than a younger opponent and that can often be that opponent's downfall.

Example: Iroh from Avatar: The Last Airbender - Iroh is not the picture of youth he once was. He's gained weight and he deals with back and feet pains. But he's had years and years of battle experience as a General of the Fire Nation. When Iroh confronts Azula, a fourteen-year-old prodigy girl, he wins the fight because he knew a firebending move that he gained from his experience.

How this applies to writing: If you have a fighting elderly character, think about how their experiences in life have matured their fighting experience. What things have they learned in their long years that the younger characters haven't had access to or simply haven't learned yet? 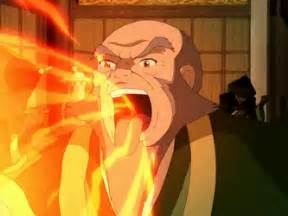 3.) Mental and Physical Limitations - Despite how epic old people can be, they still have the limitations that come with age. When our bodies break down as our years run out conditions such as dementia, arthritis, and Alzheimer's can set in. Not only that, but wounds from the past can still hurt whether that be mental or physical.

Example: Mags from The Hunger Games: Catching Fire - Mags is a darling, but she's no longer the young spry girl who won the 11th Hunger Games. Because of her experience, she's endured psychological trauma so she no longer speaks and simply because of her age she needs to ride on Finnick's back in the games because she can no longer run very fast. All of this doesn't make her any less of a kind-spirited and sweet lady that took Annie's place in the games and broke your heart when you saw her sacrifice herself in the games.

How this applies to writing: What limitations do your elderly characters have? Weight? Diseases? Old wounds? 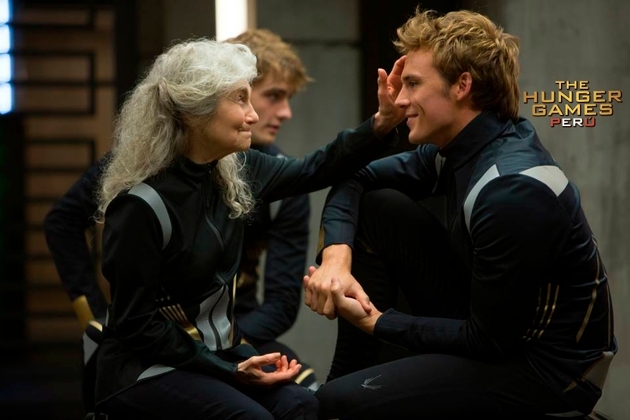 4.) Old-Fashioned Attitudes - Elderly characters were born generations before we were, in a world we never knew first hand. This can often embitter them to the modern world because things aren't how they used to be or can feel awkward with new slang or technology.

Example: Professor Martin Stein from DC's Legends of Tomorrow - Professor Stein is very old-fashioned. He feels very awkward when using modern slang and speaks very formally. This can be quite endearing. When the group travels back in time he reminisces on when he was actually alive during these time periods and how they made him happy even though the more modern-minded characters may disagree with him.

How this applies to writing: What things are different about when your elderly character was young and the time they're living now? How does that affect them? 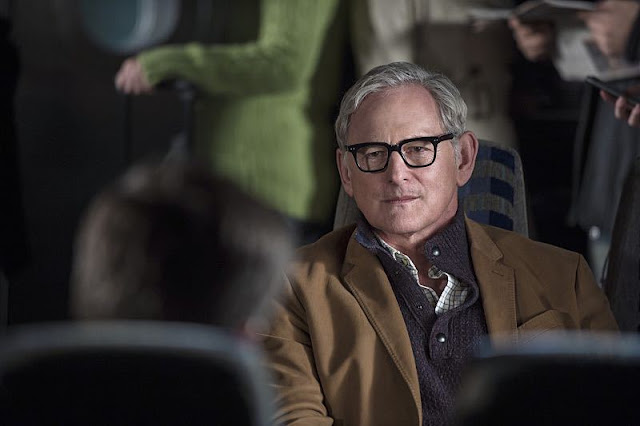 Example: The Third Hokage Hiruzen Saritobi from Naruto - Hiruzen has done so much in his life. Not only has he become the Third Hokage of the Village Hidden in the leaves, but he had the honor of training the Legendary Sannin, he was there when the Foundation was created by Donzo, witnessed the Nine Tails nearly destroying the leaf, among many other events. Despite his troubles he was strengthened into a wise grandfather for not just his own family, but for many others as well, including Naruto. 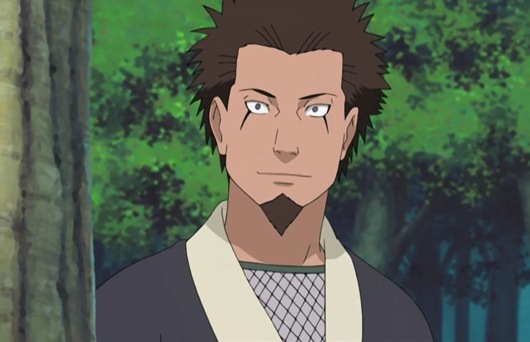 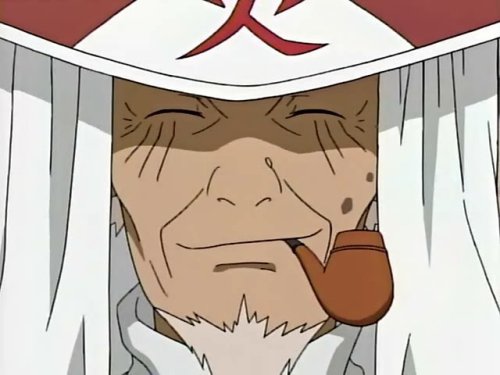 Example: Jeong Jeong & Master Pakku from Avatar: the Last Airbender - Unlike Hiruzen these two many have become embittered by their pasts. Jeong Jeong was once a general of the Fire Nation. He realized how much damage his firebending was doing and deserted the army to live in solitude where he grew to believe his firebending brought nothing but destruction on the world. Master Pakku grew embittered after his fiance left him for the Southern Water Tribe and he became a cruel teacher to this students.

How this applies to writing: Have your elderly characters' experiences affected them for good or ill? Have they made them tender or hard? 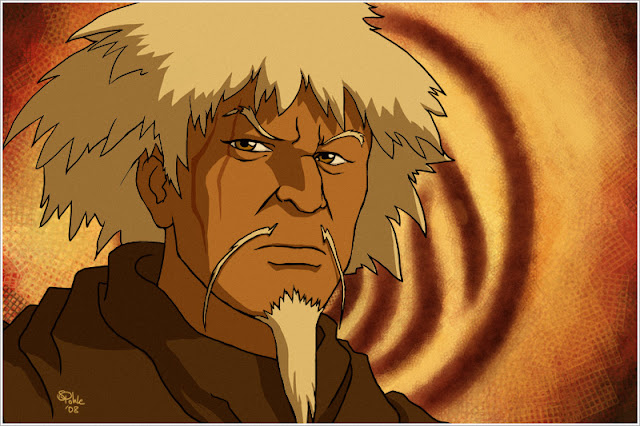 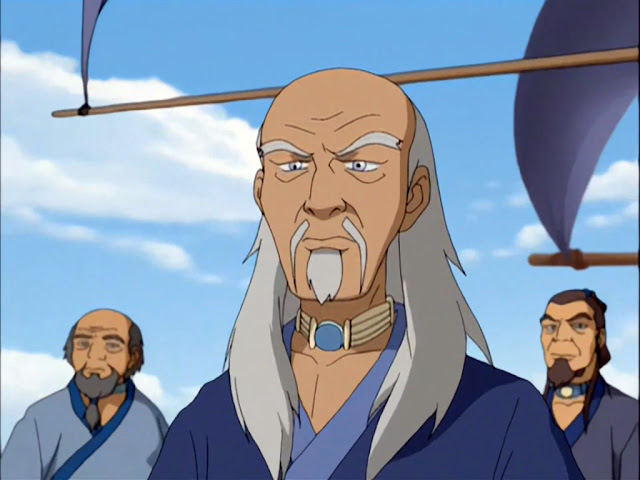 6.) Youth in Their Hearts - All of these elderly characters were once young themselves. It made have been long ago, but they too had gone through the trials of being children, teenagers, adults, and so on. Many a time, they still hold dear to the kid inside of them.

Example: King Bumi from Avatar: The Last Airbender - Once upon a time, King Bumi was Aang's best friend. Even into his old age, he kept his lighthearted and playful spirit--and his craziness. He may be an amazingly talented earbender and the ruler of a city, but he's still the boy who used the delivery system as a toy. 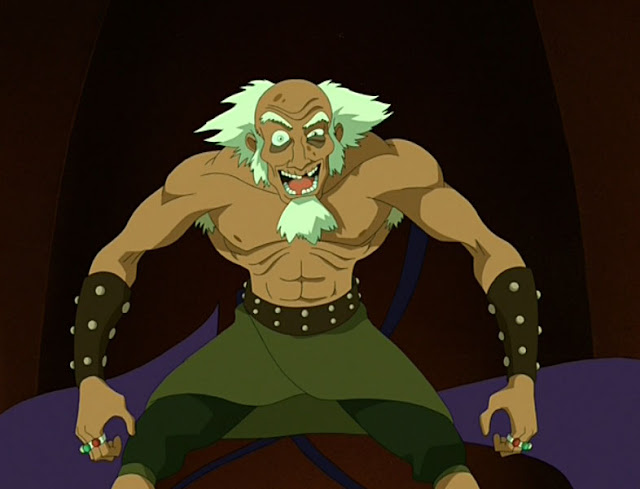 How this applies to writing: There's a kid inside every elderly character even if age has tried hard to cover it. Showing a peek of that little boy or little girl can bring a smile to your readers.

Conclusion - I love elderly characters and as a twenty-something year old they can be difficult to write, but that doesn't mean I don't like doing it any less. ^ ^

You may also like:
Antiheroes 101: What is an Antihero and How do you Write a Successful One?
How Drawing Can Help You Write
9 Non-Character-Related Obstacles to Make Your Characters' Lives Harder with Avatar: The Last Airbender
6 Questions to Ask Yourself if a Point of View is Necessary for Your Novel
Basing the Protagonist on Yourself: The Pros and Cons