So Your Character is From Hungary ... Featuring Dorka @ Berries & Books 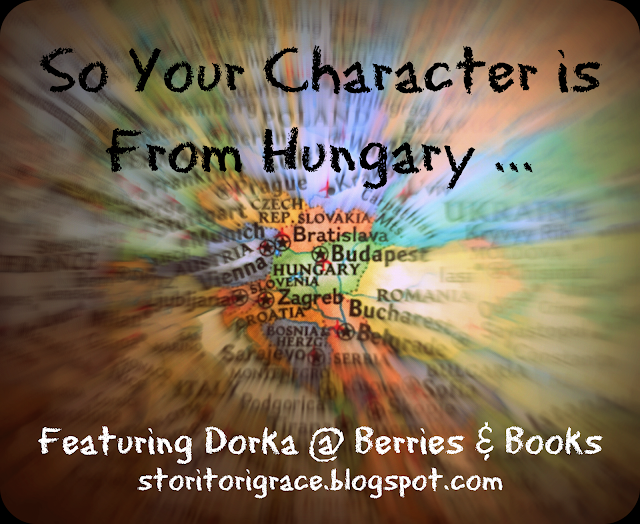 It's time for this week's So Your Character is ... Post! This is a weekly segment where I interview lovely volunteers from around the world to give you a firsthand account of being a citizen of their respective country or having a disability. I'm hoping to encourage international diversity, break stereotypes, and give writers a crash course on how to write a character from these different places on our planet. If you haven't checked out last week's  So Your Character is from Russia ... be sure to hop on over there and give it a read!

My name is Dorka, I currently live in the capital city of Hungary, Budapest. I’m a university student, doing my second university course right now and finished Korean Culture and Language course this spring. My hobbies include reading and photography, especially concert photography. Other than these I used to play the piano and am a huge fan of music in general.

What do you feel is unique to your country? Landmarks? Celebrations?
I think one of the most unique things to my country is our language. It is unlike any in the world. It does have a language family but it really doesn’t sound like anything. As for celebrations, Halloween is not a big thing in our country, but the day after it, All Saints’ Day is. That day families gather together and go out together to cemeteries to light candles for the lost ones, murmur a quiet prayer for them. That night when people travel across the country most of the cemeteries are all lit up with candles, giving off a heartwarming feeling. 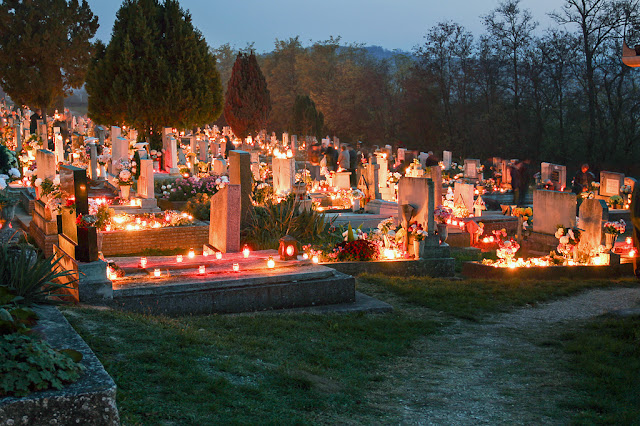 Tell me about your country's environment. What are some of your favorite places?
Hungary is not a big country but we have quite a few things in here. I love the countryside, I’ve grown up there, but I have to say that my ultimate love is definitely Budapest. This city captured my heart rather fast as I came to study here four years ago now. There are hidden tea-houses that you can only find if you know where they are, and me and my friends often relaxed at these places in between classes with long breaks.

Tell me about your country's food. What are some of your favorite dishes?
Hungarian food is rather tasty in my opinion. We like to use many spices; usually, they are not too spicy but we like to use paprika in most of our national foods. I think the most famous is Goulash soup, but my personal favorite is Hortobágyi húsos palacsinta, which is basically pancakes stuffed with minced meat, baked together and has a nice sauce to it. I know it sounds weird but Hungarians like to eat everything with meat. 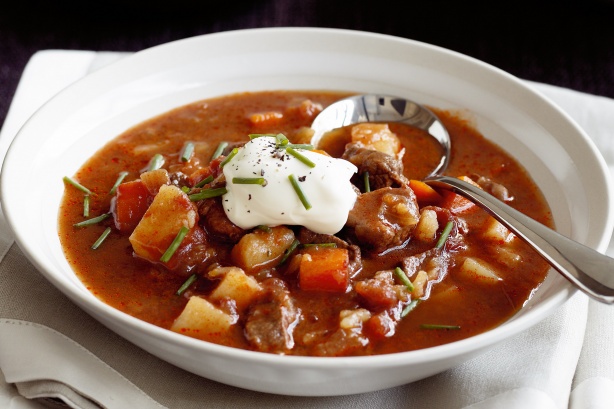 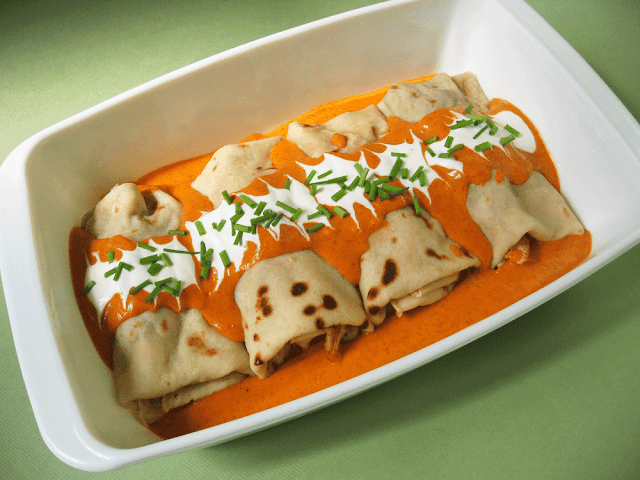 Besides these, we also love sweet things as well, so there is a huge variety of national desserts. One of my personal favorites is túró rudi, which is essentially a bar that is composed of a thin chocolate-flavored outer coating and an inner filling of túró (curd). 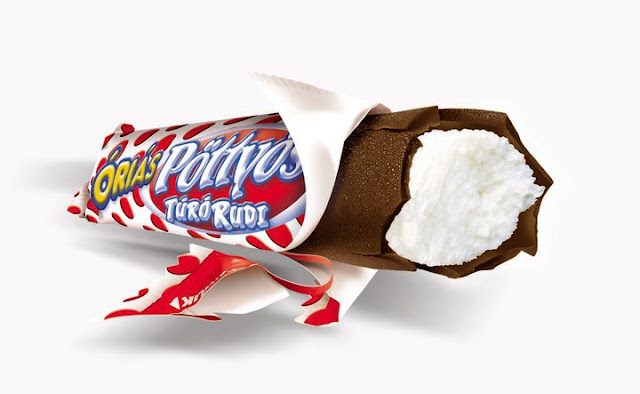 Tell me about any different speech patterns in your country. Slang? Idioms? Words for things such as “biscuits” instead of “cookies”?
There is a great article about the expressions we have in Hungary. But I want to share some from the article as a little taste of the expressions we have, that will sound funny for foreigners. Well, they are actually pretty funny when I think about it.

Describe briefly a regular day in your country.
Typically in university classes start usually around 8-10am. That’s when a usual workday starts as well, depending on what you do. The usual time is around 4-5pm when people go home but that tends to move around, some people finish at 6pm or even at 8-9pm. At my previous university, we usually had classes from 10am up until 6pm with big breaks between classes. In my current university, I have days when I have classes from 8am until 8:30pm, but I have days when I only have one class from 2pm until 5pm. If I look at my mom, she usually starts around 9am and finishes work around 4pm. And after work people in Hungary usually spend the evening watching television, from my experiences at least. How does your country compare to others, especially the States since my audience is primarily American? Environmentally? Politically? Culturally?
I think we are a lot different from the USA. Let’s not talk about politics because well the country’s current state politically is not too nice if you ask the younger generation, such as myself.

Environmentally, our country is small but we got two big rivers crossing our country, we also got Lake Balaton which is a huge attraction among foreigners. We’ve got lowlands and mountains too, so there is a little bit of everything inside this small country.

Culturally, we are a lot more conservative than the Americans in general. I think even the younger generation but I also feel like that my generation is open to learning. I think much like the stereotype about Italians, Hungarians are a very welcoming nation. 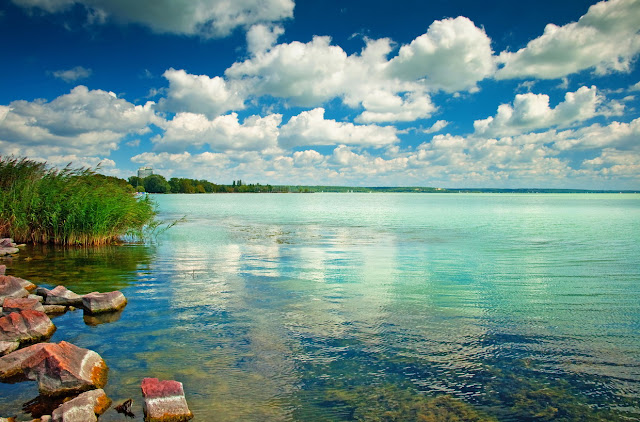 Briefly describe three of your country’s historical events that you feel are important.
We have three bigger events that are now national holidays in our country:

• In 1848 a revolution took place in Hungary. For many years by that time, Hungary was basically taken over by Austria, and the revolution was aimed for the independence of the Hungarian Kingdom from the Austrian Empire.  On the 15th of March, revolutionaries marched around the city of Pest, reading Sándor Petőfi's Nemzeti dal (National Song) and the 12 points (the twelve demands of theirs) to the crowd (which consisted of thousands). Nowadays that day is a national holiday for us.

• The other revolution took place in 1956. the 23rd of November. This time it was aimed to gain the independence of the country from the Soviet Union. This revolution, however, ended on bloody tone, unlike the previous one. However, it still reminds Hungarians that we can fight for the things we believe in. Nowadays November 23rd is again a national holiday. 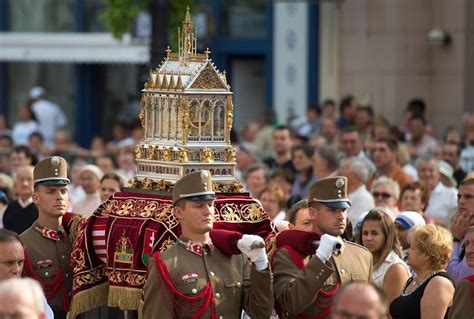 What are some stereotypes about your country that irk you? What media portrays your country badly be it a movie, a book, or a TV show?
Funnily enough, the stereotypes that I’m aware of are true enough. For example, there is a stereotype that Hungarians complain a lot and that we are pessimistic. And that’s pretty true about our country. We are definitely a pessimistic nation and really complain a lot. And the worst thing about it is that we don’t even realize we complain, it’s so deep within us already.

What media portrays your country well be it a movie, a book, or a TV show?
To be honest I rarely see Hungarians portrayed in any of those. We get mentioned rather like Budapest gets mentioned a lot because it’s a beautiful and famous city. So I wouldn’t mind seeing more of us in movies, books or TV shows, but at the same time, most people aren’t even too familiar with our country. 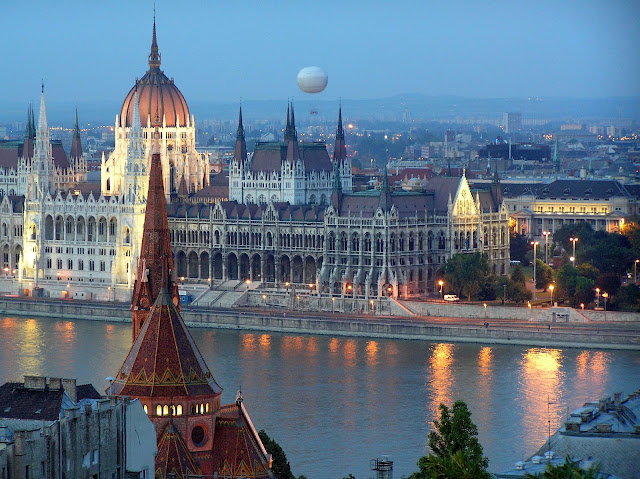 Who are your top three favorite fictional characters native to your country in books, movies, or shows?
As I mentioned above, I’m not really aware of Hungarian characters in books, or movies or shows so I’m going to mention three books from Hungarians that are translated into English as well.

• The Tragedy of Man by Imre Madách. This is a play and has 15 scenes, in which Madách leads us through the eyes of the lyrical hero Adam and his guide Lucifer as they visit the greatest moments of history, when the outstanding characters of mankind struggle with new ideas, usually facing decline and failure.

• Be Faithful Unto Death by Zsigmond Móricz. Be Faithful Unto Death is the moving story of a bright and sensitive schoolboy growing up in an old, established boarding school in the city of Debrecen in eastern Hungary. Misi, a dreamer and would-be writer, is falsely accused of stealing a winning lottery ticket. The torments brought on by this incident which he is forced to undergo, and from which he grows.

• Fatelessness by Imre Kertész. At the age of 14, Georg Koves is plucked from his home in a Jewish section of Budapest and without any particular malice, placed on a train to Auschwitz. He does not understand the reason for his fate. He doesn’t particularly think of himself as Jewish. And his fellow prisoners, who decry his lack of Yiddish, keep telling him, “You are no Jew.” In the lowest circle of the Holocaust, Georg remains an outsider. 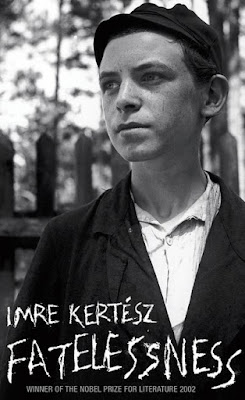 Thank you, Dorka, for this very informative post! Come back next week for a post all about Argentina!

Do you have any characters from Hungary? Did this inspire you to write a Hungarian character or set a book in Hungary? Are from this or been to this country and you have further input? Feel free to share! Do you have any questions for Dorka? Be sure to thank her!