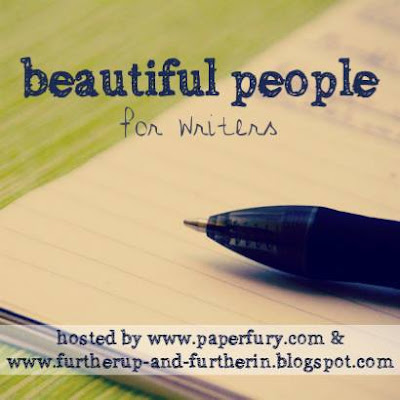 Hold the presses on the regularly scheduled blog post for this! This is going to be the last Beautiful People for a while. Sadness. :( I've participated in every one for four years, so I have to finish off the series with this! If you'd like to participate too head on over to Paper Fury!
1.) Favorite genre to write in?
It's a tie between fantasy and science fiction.

2.) What book (a real actual published book!) do you think your character would benefit from reading?
I'm going to pick a particular character to focus on for this post and it's going to be Adelaide from Silhouette because she needs some character development. XD Adelaide loves manga and I think she'd benefit from reading the Naruto series because she's dealt with loneliness and I think Naruto would inspire her. 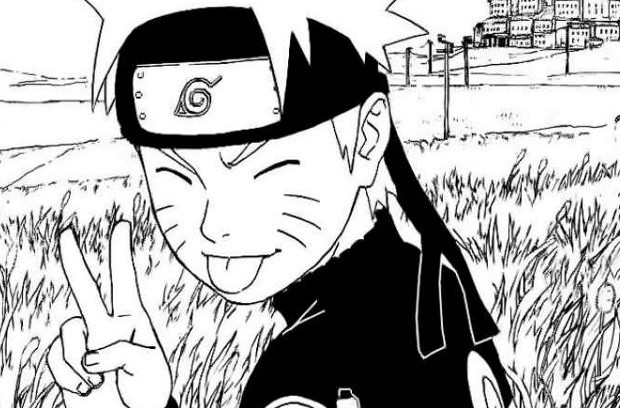 3.) Favorite piece of dialogue you’ve written?
Like funny dialogue or inspirational dialogue? I'll give one of each and these are from Red Hood. I really like these.

Dina peeked over the edge next to Mor. “Are there bats?”Claes shook his head and raised the lantern.“Are there rats? I despise rats.” Dina shuddered.He shook his head again.“What about spiders?”“Maybe … one.”Dina squeaked and backed away from the hole. “I can’t go down there.”Mor craned her neck to look at her. She didn’t have time for this. “You can lop off a werewolf’s head, but you can’t go down into a tunnel with an insect?”“A werewolf cannot crawl up your skirt.”

"... Sometimes I think that if this war was over, then perhaps I wouldn’t be forced to be a Red Hood. I’m not brave and valiant with a drive to slaughter werewolves with smashing skills like you.  I … I want to sew dresses and perhaps be a mother. I want all of this to be over so I can be free of this ball and chain.” A tear rolled down [Dina's] cheek. “I don’t want to die between the jaws of a giant wolf.”Mor looked over her shoulder at the white landscape beyond. What should she say? Imagining not being a Red Hood was near impossible for Mor. Dina truly did want to leave the Red Hoods, but Mor had always thought it was an idle notion. Unless the war ended, Dina could never make that desire a reality. Then the war must end.She held one of Dina’s hands in both of hers. “Then I will win the war for you. I promise. I will protect you in battle and make certain you live your dream even if I die in the process.” “Oh, Mor … I can’t ask that of you …”“You know me … I’m stubborn. Once I’m determined to do something nothing will get in my way.”

4.) What did your character want to be when they grew up, and what did they actually become?
Adelaide wanted to be an explorer and discover new types of plants, but instead, she became a local horticulturist. 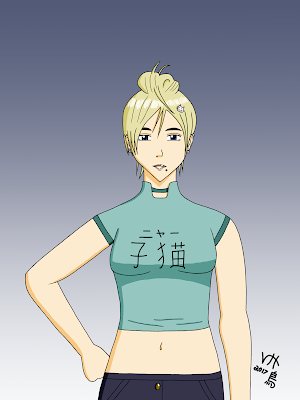 5.) Favorite character name(s)?
I really like the last name Syers which I gave to a minor character but I may give to a main character. XD It was my friend's maiden name and upon meeting her I said that I was stealing that for a character. XD

My favorite first name I've ever made up would have to be Elasa. It rhymes with Mufasa and I just like it a lot. XD And one of my favorite overall names is Mor Galbraith. It just sounds cool.

7.) Favorite character you’ve ever written?
Bryce from Subsapien. Hands down. I just love him so much as a character and he's been with me through a lot. I just love him--part of that reason is that he calls marshmallows fluffpuffs.

8.) If your character were permanently leaving town, what would they easily throw out? What would they refuse to part with? (Why?)
Well, Adelaide actually does in the books so this is a good question. XD I think it would be her music player. She listens to music all the time.

9.) Favorite tropes to write!
I like the hero going on a quest to defeat the dark lord. I'm a sucker for that. XD

10.) Which story has your heart and won’t let go?
Subsapien. I always keep coming back to it even though I've rewritten it dozens of times.

12.) Toni Morrison once said, “If there’s a book that you want to read, but it hasn’t been written yet, then you must write it.” What are the books that you want to see more of, and what “holes” do you think need filling in the literary world?
I'd like more books about homeschoolers. I grew up homeschooled and I only read one book that had homeschooled kids. It's not that uncommon. Why don't we write about it more?

13.) Favorite Pinterest board/aesthetic for a book?
I only know about my own, but I really like my Starbloods storyboard. Pretty glowing things ...

14.) Favorite time periods & settings to work with?
Anywhere with mountains and snow. I like time periods with some modern-esqe technology because I like inventing crazy machines and for some reason, I have a thing for laboratories. ...

15.) When people are done reading your book, what feeling do you want them to come away with?
I want them to be mulling over all of the questions my books bring up for hours and have something to discuss with their friends.

Did you participate in the Beautiful People? Are you planning to? If so let me see your posts in the comments!