The Significance of Nudity in Stories

Knowing that part of my audience is conservative Christians, there may be some of you who are nervous about the subject of this post. No, there are not any fully nude pics in this post. XD Also I'm not a fan of an overabundance of nudity (It's why I don't do Game of Thrones), but I believe it can be a useful tool at the right time. I'm also not going to be talking about nudity in the overtly sexual sense, but instead, I'm going to tackle the symbolism nudity can present if done in a tasteful manner.

Especially after watching the second season of Attack on Titan, I was really spurred to write about how brief scenes of nudity or even partial nudity can be impactful in a story. Most of the subjects have nothing to do with anything sexual, but there's a certain feel that nudity gives in a scene and I want to expand on that in this post.


1.) Vulnerability - When you don't have any clothes on or even if you just have fewer clothes on than you're comfortable with you feel exposed and vulnerable. The first time I ever wore a bikini I felt that way. When I battled a roach in the shower (If you want the full story I'll tell you in the comments. It's quite comical), I felt VERY vulnerable. I'm not scared of roaches, but no I don't want an ugly bug touching me while I'm in my birthday suit. Basically, a character who is nude or partially nude in a scene can act very differently than they would normally because they feel less protected.

Example: Frodo from the Lord of the Rings - When Frodo was captured by the orcs, they took away all of his possessions including most of his clothes and his mithril shirt. When an orc threatened Frodo, I believe he was much more terrified in normal because he had far less protection than he did before.

On another note, having no clothes was an obstacle for Frodo, because he couldn't traverse Mordor any further without finding new clothing because the climate was too harsh.

2.) Insensitivity/Callousness - As a character is more desensitized often they're more comfortable with showing their body. It can be a sign of callousness and can also insinuate an over comfortableness with sex in general.

Example: Johanna Mason & Finnick Odair from the Hunger Games - This is more expanded upon in the book, but in Catching Fire both Finnick and Johanna are either nearly or entirely naked. This hinted at the horrific sexual exploitation they endured from the Capitol. Johanna and Finnick exuded confidence, but deep inside they're struggling with the life Snow inflicted upon them.

3.) Sensitivity/Innocence - A character being less comfortable with themselves being nude can be seen as modest, sensitive, and/or innocent. This can allude to a completely opposite background as the aforementioned lifestyle/backstory.

Example: Katniss Everdeen from The Hunger Games - Again this is expanded on more in the book, but one thing pointed out by the tributes was how different she was than the rest of them because she was still sensitive to nudity, especially in the famous scene with Johanna in the elevator and when Chaff kisses her abruptly. Also in the books, while Katniss was being "beautified" by the Capitol, she was completely nude which she was extremely uncomfortable with which also, in turn, showed the Capitol's insensitivity and callousness. 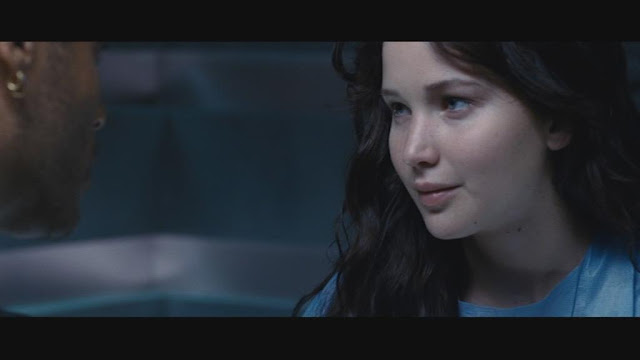 4.) Rebirth - This is my favorite significance for nudity in a story. We come into the world with nothing and often a character becoming naked in a scene during or after a great change in their lives can really bring this point to home. Some examples are Eustace in the Voyage of the Dawn Treader after he sheds his draconic form and Logan when he gets his adamantium in X-Men Origins: Wolverine.

Example: Ymir from Attack on Titan - My favorite example of this is definitely with Ymir. The show did her nude scene very tastefully and it nearly made me cry. Ymir went through a horrible experience. She was involuntarily elevated to the status of a god then practically executed for doing so. After Ymir becomes a titan, she turns human again with no clothes in a desert and beholds the beautiful night sky and she comes to a revelation that she wants to no longer hide who she is and worry about pleasing others (which is what got her into this mess). It was such a gorgeous scene. I loved it. 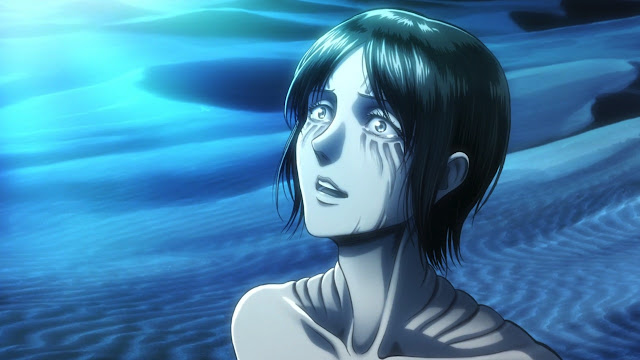