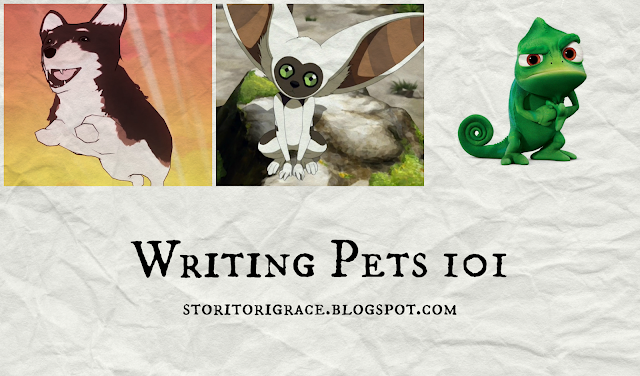 Pets can be some of the most fun—and most annoying characters in stories. Some of the best characters are animals like Toothless, Appa, or Zwei. They’re adorable and they do help the plot move forward. I’m going to be discussing pets as they would in a standard fiction novel, not as protagonists like in Lady and the Tramp or Homeward Bound nor slice of life with the book entirely centered them like Marley and Me or That Quail Robert. That’s for another post.

1.) Pets Can Be Main Characters - When it comes to How to Train Your Dragon, Toothless is just as quintessential as Hiccup. Like Hiccup, Toothless even goes through his own character arc as he learns confidence and independence throughout the series. On the flip side, Maximus from Tangled is Flynn’s main antagonist and causes him a lot of trouble. However, take care that writing a pet as a main character that they don’t overshadow the main character.

2.) Pets Can Be Sidekicks - Disney can attest to this. Meeko (Pocahontas), Abu (Aladdin) Cri-Kee (Mulan), Philippe (Beauty and the Beast), and Djali (The Hunchback of Notre Dame) are just a few examples. These characters are always at their owners’ sides and offer assistance in tight spaces or comfort when they’re feeling down. One of my favorite moments with Meeko is when he braids Mulan’s hair when she’s upset. Djali helps Esmeralda get away from Frollo’s guards. Momo has helped free Aang from bonds and defeat fire nation soldiers. Pets as sidekicks can be useful in a lot of ways!


3.) Pets Can Be Catalysts - Pet deaths can be devastating but they can spur a plot forward. When John Wick’s dog in the movie of its name is killed this makes him go on rampaging path of vengeance. In the Never Ending Story when Artax sinks into the Swamp of Sadness Atreyu is given a huge obstacle in his quest. It can be painful to kill off these characters but it can be powerful storytelling. 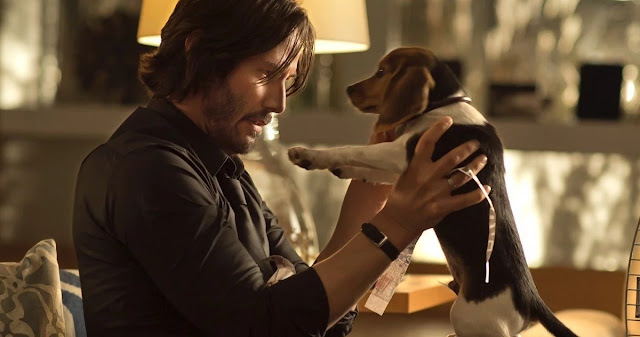 4.) Take Care Pets Don’t Get in the Way - If pets are more hindrance than help they can fast get irritating. I think Hei-Hei from Moana is hilarious but his hilarity is what saves him from being extremely annoying as he almost loses the Heart of Te Fiti multiple times. If pets foil the protagonists with stupidity or wander stupidly into danger one too many times, a reader can wish they’d be killed. In Critical Role, Scanlan criticizes Trinket the Bear because he nearly gets killed in every battle.

5.) Take Care Pets Aren’t Extraneous - Does the protagonist really need a pet or is the pet just there to have it or to fill a prerequisite? How can the pets help the plot? Meeko plays an important role when he steals John Smith’s compass only to give it to Pocahontas at the right time. Abu picks Aladdin’s chains when he’s in prison. Cri-Kee helps Mushu order Mulan’s troops sent to the front.

6.) Make Sure Pets Are Helpful - You don’t want pets to be sort of just ... there ... not doing much. What are they for? Appa (Avatar: The Last Airbender), Naga (The Legend of Korra), and Philippe (Beauty and the Beast) are used for transportation. Pets can be there to help with loneliness like Pascal (Tangled) or Cleo and Figaro (Pinnochio). Pets can also help handicapped characters like Ayden from Quest for Camelot.

Pets can also be used for hunting or fighting. It can be plausible of course for a character to have pet just because they want one (Fleetfoot from Throne of Glass & Louie from Princess Diaries), but if they’re sticking around throughout the majority of the plot it’s best that they have an active role. Otherwise, you’ll have this pet and be like uh so what do I do with the pet now if I don’t want it to die? I need it to be somewhere out of the way since it will totally die if it sticks around or I’ll just forget about. (No I totally have not had this problem in my own writing.)

Conclusion - Overall have fun with it and be creative! You never know if you’ll create the next Toothless. ^ ^

Who are some of your favorite pets in fiction? Do you characters have pets? Do you own a pet? Let's discuss!