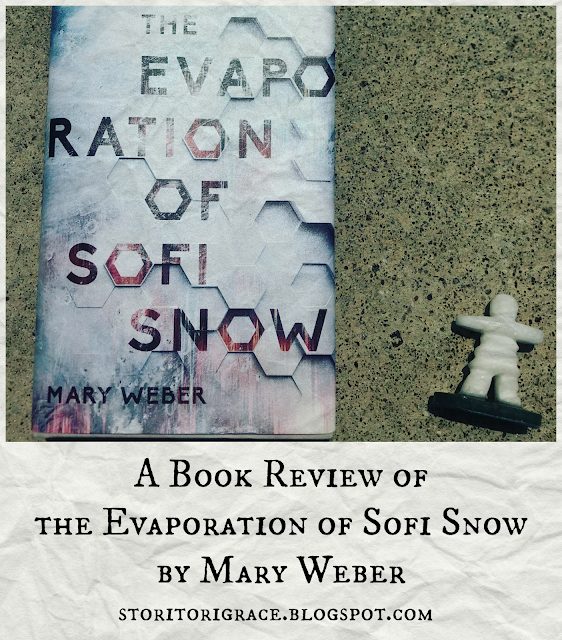 In a world where skycams follow your every move and the details of your life are uploaded each hour, Sofi knows that her eyes are the only caring ones watching her brother, Shilo. As an online gamer, she works behind the scenes to protect Shilo as he competes in a mix of real and virtual blood sport. But when a bomb destroys the gaming arena, she is helpless to rescue him--and certain that his disappearance was no accident. Despite all the evidence of Shilo's death, Sofi 's nightmares tell her he is still alive. Could the dreams be truer than what everyone else claims?
For Miguel--a charming young playboy from Earth--the games are of a different sort. As Ambassador to the Delonese, his career has been built on trading secrets. In the aftermath of the bombing, he fears he has lost Sofi forever, even as he wonders if she is really who she seems. Now he's a target for blackmail. The game is simple: help the blackmailers or lose more than anyone can fathom--or than Earth can afford.

I've heard great things about this book for years and I finally snagged a copy! The first time I tried to buy it at Realm Makers, it was sold out! So I knew it had to be good!

The Plot: Though I love fantasy, I also really love good science-fiction. This book had much less action than I expected, but it held me throughout with the mystery of the alien race and to find what happened to poor Shilo. There's plenty of twists along the way. And it ended on a terrible cliffhanger! The beginning starts off with a bang and ends with a bang!

The Characters: I really love the characters. Each of them was so fleshed out and believable.

Sofi is a great protagonist. I love her owl necklace and she's very sympathetic with her intense love for her brother and her resentment toward her mother. It's also cool that she's half Canadian! She has a really traumatizing past and I feel really bad for her. I mean what mom makes her daughter get poked and prodded when she's bad? Worse mom ever.

Miguel is very multifaceted. He comes as very shallow at first, but he deepens as you learn more about him. I love his chemistry with Sofi. The fact that he's an ambassador is really cool too.

The other side characters were great as well. Miguel and Claudius as bros made me smile. Heller as Sofi's friend is cool too. I like her hacker network and then there's the sassy artificial intelligence Vic. Gotta love AIs!

The Setting: This world is very unique! Having corporations rule the world instead of traditional governments is a concept I've never seen before. I also like how the rich use all-natural and healthy things that are more expensive for anyone with less income because that's how I see the future going. Everything is getting healthier.

Adding the element of the aliens is also an interesting touch and also the fact that earth has a good relationship with them despite the aspects that are shrouded in mystery. The Delonese are very unique in their culture and physiology. I know Weber must have put a lot of thought into them. Things like how they don't blink or don't take pleasure in eating is really interesting.

Epic Things: I really loved the gaming bar with tea that Sofi goes to. I would very much like to go there. Also, the fact that Claudius wears an anime outfit made me laugh.

The Theme: Trust is a big theme. Sofi is at odds with Miguel because she doesn't trust him after their checkered history together.

Content Cautions: No swearing unless you count "heck" or "dang." There is a little violence, but none of it is detailed. It involves some kids poisoned and burned by acid for bloodsport. There are also some organs in jars at one point. The most content I guess surrounds about implications that people have sex with each other, but it's not explicit at all. The characters mention sex trafficking and sleeping with one another.

Strained Mother and Daughter Relationship/Mom as an Antagonist -  Sofi and her mom have a very strained relationship. Sofi's mom is very oppressive and has a certain vision about how she wants her children to be and when they're not that, she punishes them. Sofi isn't just angry about this, but also about how her mother abandoned them she was young for her career. Throughout the book, they're at odds and Sofi's mom is even an antagonist to her.

How this can be applied to writing: I feel like dads are usually the ones that turn out to be the bad guys, but I thought it was unique that the mom was the culprit in this case.

Conclusion: I really loved this book and I'm definitely going to be reading the sequel! 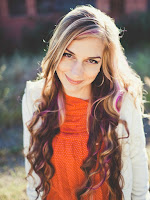 About the Author: Mary Weber is the multiple-award-winning author of the bestselling young adult Storm Siren Trilogy, and The Evaporation of Sofi Snow series (all by HarperCollins). An avid school and conference speaker, Mary's passion is helping others find their voice amid a too-loud world. When she's not plotting adventures involving tough girls taking over the universe, Mary sings 80's hairband songs to her three muggle children, and ogles her husband who looks strikingly like Wolverine. They live in California which is perfect for stalking L.A. bands and the ocean.