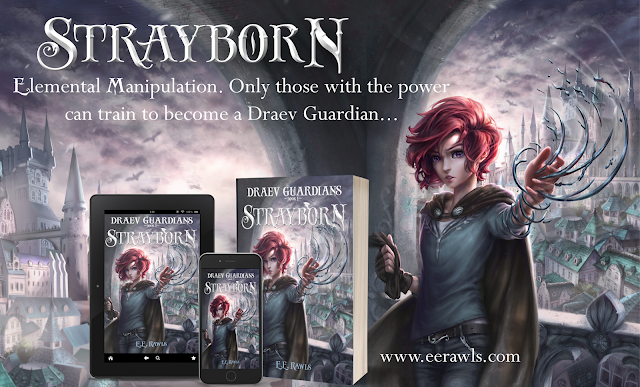 First of all, here's a bit about the author!

E.E. Rawls is the product of a traveling family, who even lived in Italy for 6 years. She loves exploring the unknown, whether it be in a forest, inside a forgotten castle, or within the pages of a book.

She runs on coffee, cuddly cats and the beauty of nature to keep the story wheels of her mind running, as she writes tales that will both entertain and inspire others, giving them worlds they can explore and become lost within. 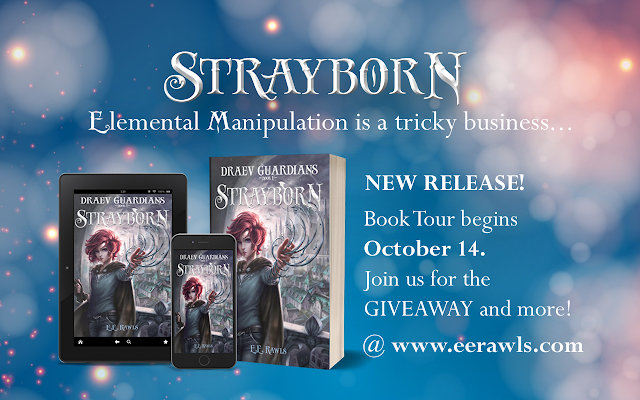 Elemental Manipulation is a tricky business. Only those with the power can train to become a Draev Guardian.

Cyrus Sole hates life. She’s only half-human, with weak wrists, and not a day goes by when someone doesn’t say something mean about it—especially her step-mom. But when the forbidden power to manipulate metal awakens inside her, she finds herself on the run as the Argos Corps is sent to kill her…

Aken is a Scourgeblood, the last in a line of monsters. But all he really wants is to gain wings and be free. Until a new power suddenly awakens, changing the course of his life…

The Draev Guardian Academy is their only sanctuary. But training to become a Draev won’t be easy. Cyrus has to hide her human side, as she gets placed in Floor Harlow with the outcast students, and nightmares of her deceased mother keep returning.

With creepy Corpsed on the prowl, and whispers of Cyrus possibly being a reborn Hero, both she and Aken find themselves caught up in a web of secrets, racial tension, and an old legend with enemies that could spell their untimely demise…

—This book is a good fit for those who've enjoyed the Percy Jackson series, Brandon Sanderson's fantasy world-building, and the fun of J.K. Rowling. 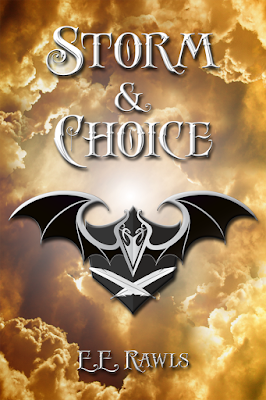 E.E. even has a prequel available as an ebook for free to whet our palets!

Cyrus Sole, a girl who can manipulate metal, and Aken-Shou the last Scourgeblood, must learn to survive in a world that is determined to either destroy them, or use them...

This ebook is available FREE at Rawls’s newsletter: eerawls.com 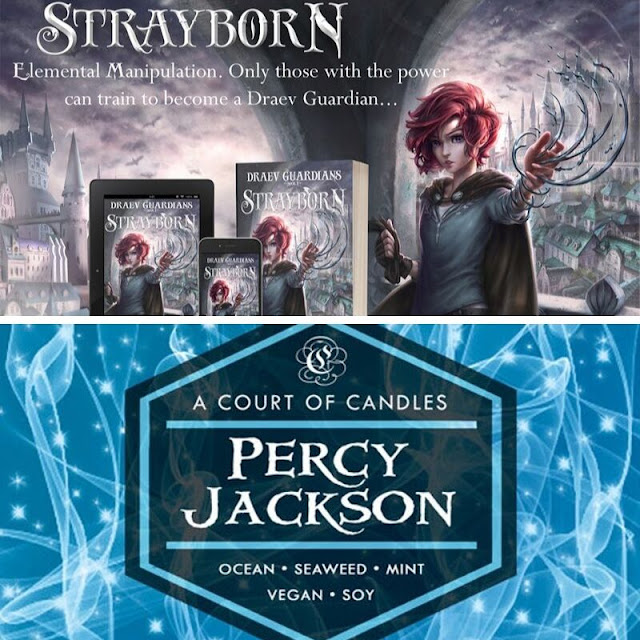 And lastly E.E. also has a great giveaway going on! It ends on October 21st so hurry and enter!

Best wishes on your release E.E.!