A Book Review of the Raven Boys by Maggie Stiefvater

Every year, Blue Sargent stands next to her clairvoyant mother as the soon-to-be dead walk past. Blue never sees them--until this year, when a boy emerges from the dark and speaks to her.

His name is Gansey, a rich student at Aglionby, the local private school. Blue has a policy of staying away from Aglionby boys. Known as Raven Boys, they can only mean trouble.

But Blue is drawn to Gansey, in a way she can't entirely explain. He is on a quest that has encompassed three other Raven Boys: Adam, the scholarship student who resents the privilege around him; Ronan, the fierce soul whose emotions range from anger to despair; and Noah, the taciturn watcher who notices many things but says very little.

For as long as she can remember, Blue has been warned that she will cause her true love to die. She doesn't believe in true love, and never thought this would be a problem. But as her life becomes caught up in the strange and sinister world of the Raven Boys, she's not so sure anymore.

After hearing so much ranting throughout the bloggosphere I decided to finally pick up this book. With endorsements from Cait @ Paper Fury and Emily @ Ink, Inc. I had to give a shot. The concept of Welsh mythology enticed me as well, so as soon as I finished reading what I had I snapped up the book on Amazon. However ... I'm not sure if I'm on board with the hype.

The Plot: The thing that seemed to put me off this book the most is that this plot was very slow to me. I didn't like it until over 160 pages into the book because of the creepy witchcraft elements and excessive swearing. I felt like it didn't pick up until about 260 pages into the book, and the most of what I was reading was a lot of backstory. When it finally did pick up, it was very enticing, and I enjoyed the climax. Some of the scenes were very powerful and there was a big twist, too. Stiefvater's prose is beautiful, and that's one reason why I continued despite the slow plot. I came into the book for Welsh mythology, and I honestly didn't get much.

The Characters: The best part of the book is the character development. Stiefvater develops her characters very well. You feel like Blue, Adam, Gansey, Ronan, and Noah are good friends by the end of the book. And even the villain Barrington you come to understand very well.

I believe Gansey was my favorite. I loved his strong pursuit of his dream, and his great vocabulary, despite the flack he gets for it. I've also receive such ridicule for using long words. I really empathized with his fear of wasps. They scared me, too. I'm not considered allergic but my body reacts very strongly when stung. I like Adam, Blue, and Noah as well. Blue's family amused me, and Neeve is a creep. Blue "making things louder" I thought was very interesting and I hope goes somewhere later in the series. I didn't care for Ronan much. His profanity just really irritated me. His little fledgling Chainsaw and his protective nature kept me from absolutely hating him, but he wasn't my favorite.

The Setting: The setting was pretty cool. It's in the fictional town of Henrietta, Virginia. The town wasn't anything to write home about, but some settings in the mountains were very enchanting.

Epic Things: I really liked the talking trees. I have a thing for those. I also liked the inclusion of Latin. I've studied Latin and Greek in the past, and this was fun for me to see.

The Theme: I didn't notice any extremely strong themes. I suppose friendship and pride were two of them.

Content Cautions: One of the other things that bothered me about this book was it had far too much swearing and crude innuendo for my taste. I counted fourteen usages of sh*t, twelve usages of d**n, nine f-bombs, eight usages of h***, six usages of ba****d, five usages of d**k, four usages of a**, one usage of b***h, two uses of godd**n, and multiple times the Lord's name was taken in vain. I ended up cringing when Ronan came in because I knew it was almost inevitable that he'd swear, since most of this profanity came from him.

At the beginning of the book, Blue sees the future dead. There's also a good deal of fortunetelling using palm reading, tarot cards, you name it. There's also some heavy witchcraft involving pentagrams and scrying. It was a little unnerving for me. There's some violence, including abuse and people almost getting shot and fist fights, and mention of sacrifice. Ronan is drunk several times.

1.) Tiny Details in Character Development Worked - One of the reasons why the character development in this book was so good was because of the tiny details like Ronan's Irish heritage, Gansey's love for his journal, Blue's punkish style, Adam's need to do things on his own, and the smudge on Noah's cheek. Each of these characters were so unique and had all of their own problems, strengths, and weaknesses. The characters were very real and believable.

How this can be applied to writing: Adding small details and rounding out your characters with real problems and struggles, ones that others can recognize will make your characters more realistic.

2.) Not Establishing Who the Point of View is At the Beginning of the Chapter Didn't Work - Occasionally Stiefvater wouldn't clue the reader into who was the POV character until the second paragraph. I often got confused when the chapter started with the name of a character then ended up being in the point of view of another character. I usually figured it out within the page, but it still could have been remedied quite easily.

How this can be applied to writing: The first name you mention in the chapter will be the one the reader first assumes is the POV character. Be careful which one you mention first.

Conclusion: Honestly, the sluggish pace was what bothered me the most about the series. Perhaps the other books pick up. (Fans please let me know.) But if all of them are like this, then I think I'll unfortunately pass on this series. I'm going to give it three stars, because I didn't hate this book, and I'm willing to give the others a chance if they're different. I think the series has potential, I'm just not sold on it. 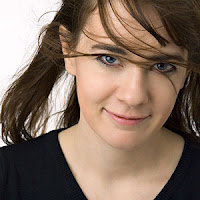