Keeping Morality in Fiction: Are you sacrificing your role models for character conflict? 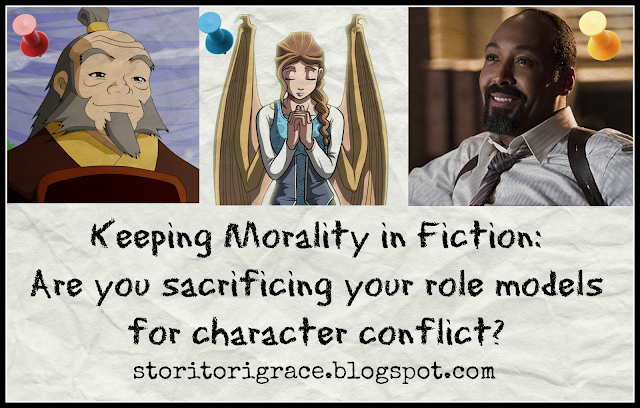 Conflict is an essential part of story. No good story doesn't have conflict. It is what creates intrigue and keeps a consumer flipping pages or clicking the next episode to find out what happens. Conflict among characters definitely motivates a reader/viewer to keep watching when there's a broken relationship or a turn in a character's arch. But in our pursuit of this juicy conflict are we sacrificing having role models?

This idea came to me while watching shows lately of strong relationships failing and role models degrading. Yes, this happens in real life a lot unfortunately thus it is realistic to have this happen in fiction. But does it happen too much? I'm starting to feel exhausted of a strong relationship in book one or season one utterly failing somewhere either in between book one and two or in book two. Or seeing someone who conquered something in a great way fall back into their old habits.


I'm not saying that we should eliminate failed relationships and slip backs entirely. Oh no. That would be illogical, but what I'm looking for is to have the characters like the ones I'm going to talk about below be a bit more common.


Here are seven great role model examples that I'd wish to see more in likeness in fiction:

Father Role Model - Joe West from the Flash: I've seen so many failed relationships with fathers scattered in shows. It's natural. It happens. I don't have such a good relationship with my father, but it's inspiring when you do find examples of good dads, and it inspires men of today to aspire to be like men such as Joe West.


Joe is one of the best father role models I've seen in a while. He is caring, loving, patient, protective, stern, and wise. That doesn't mean he can't overprotective sometimes, but in the end he is a man whom I believe Biblicaly lines up with how fathers are supposed to be. He cares deeply for his daughter Iris and his adopted son Barry, and he would sacrifice anything to keep him safe.

However, one scene from season two particularly surprised me. In this season, he finds out his wife who left him when Iris was very young had another son and never told him. Since Joe's ex wife was dying she finally decided to tell him. The son, named Wally, did not react well to this news, but Joe still wanted to connect with his long lost child, so he decided to go about having a relationship with him a different want. He tried to be his buddy while revoking his role as father, but he realized the error of his ways and said, "I'm not your friend, Wally. I'm your father." (From S2E12) I was blown away by this. I'd just never seen a father lay down the line like Joe has and I'm so happy to see a father in a modern show who sets a good example. 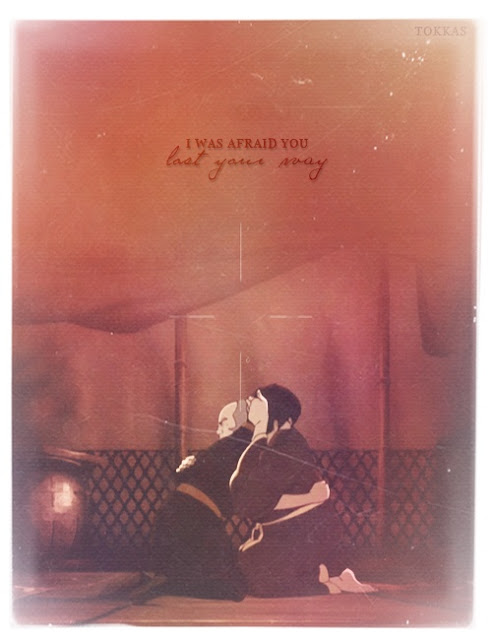 Uncle Role Model - Iroh from Avatar: the Last Airbender: Uncle relationships are under-rated. Often the uncle is made into the villain, but Avatar broke the stereotype with the beloved General Iroh. Iroh is wise, confident, skilled, and patient. One of my favorite things about him is that he's so confident in his weight and he doesn't like what people say to him get him down. Iroh's nephew Prince Zuko constantly berates him with verbal abuse throughout the former half of the show, yet despite this Iroh is patient and caring for his nephew. He sticks with Zuko.

One of my favorite instances of him as an uncle (besides the fantastic scene of forgiveness with Zuko in the series finale) is after Zuko decides to separate from Iroh in season 2. Instead of saying, "Good riddance," to Zuko and doing his own thing. Iroh follows Zuko close behind him. When Iroh encounters Toph he reveals that he wants to keep his distance to respect Zuko's wishes, but to be there if he needs him. If that's not a wonderful example of an uncle I don't know what is.


Brother Role Models - Edward and Alphonse Elric from Fullmetal Alchemist: Brotherhood: Estranged brothers are another commonly used source of conflict, but a good relationship between brothers can be a serious feels maker. Ed and Al Elric are inseparable. They travel everywhere together and they look out for one another. They protect each other. Sure they have their fights, but they don't let those break their relationships.

One of the most memorable acts of brotherhood between these boys occurred when they were trying to bring back their mother using forbidden alchemy. In penance for this deed, the magic took Ed's leg and Al's entire body. In desperation to get Al back, Ed gave up his leg so he could posses Al's soul and bind it to a suit of armor. Ed literally sacrificed an arm and a leg for his baby brother.


Sister Role Models - Katniss and Primrose Everdeen from the Hunger Games: For some reason sister relationships are less commonly shown than brothers. Go figure. They're in more contemporary or comedy than in speculative fiction, I've noticed. My favorite pair of sisters are Katniss and Primrose Everdeen. Their relationship is so tender. Katniss practically raised her and did everything she could to make sure Primrose had a good life.

The most famous act of their sisterhood is of course when Katniss volunteered for Prim at the reaping. But on the flipside, Prim was also a good sister for Katniss. When Katniss was rescued from the 75th Hunger Games, Prim helped nurture her mentally damaged older sister back to health. She was there for Katniss when she needed to talk. The love between the Everdeen sisters goes both ways. 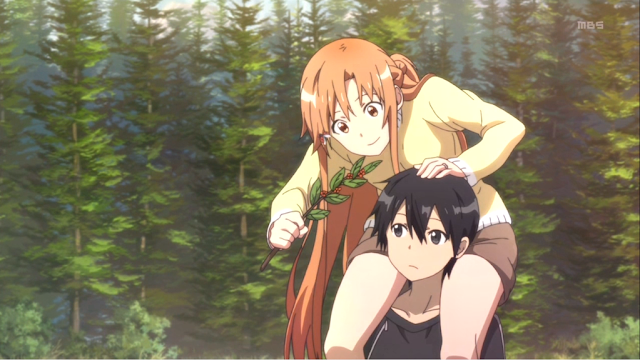 Boyfriend & Girl Friend Role Models - Kirito and Asuna from Sword Art Online: It is so hard to find a pure relationship between a girl and boy in fiction. Most of them are in Christian media exclusively and a good portion in secular usually devolves into a sex scene. I'm looking at TV shows particularly here. There's so many TV shows I enjoy like Castle, the Big Bang Theory, Defiance, Switched at Birth, and Arrow, but most of the relationships eventually come to a sex scene. Romance is so much more than just good sex. But Kirito and Asuna are perfect example where you can have a stable amazing relationship without excessive sex and sensual content.

They openly express how much they love each other. They stay together in the same house in the game, but they don't sleep with each other. Their relationship endures over the tough circumstances of the game and even outside of the game. In the second half of SAO season one, Kirito seeks to save his beloved Asuna from the clutches of a terrible man who wants to take advantage of her. Kirito said this beautiful quote:

If you married someone, that means you love every side of your significant other that you already know. So if you find a new side after to love, doesn’t that mean you’ll love your partner even more?

I just love these two so much. 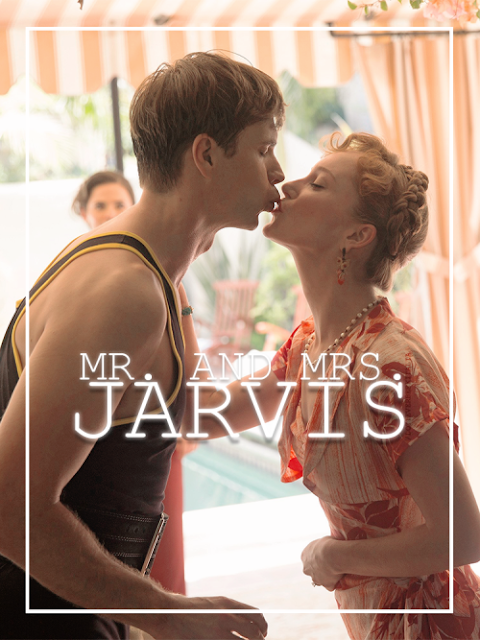 Marriage Role Models - Mr. and Mrs. Jarvis from Agent Carter: Do you know how difficult it is to find a marriage that isn't messed up in media? Very. In most cases the husband or the wife is dead, or one of them has had an affair, or they're divorced, or one doesn't like the other's lifestyle, or they're both jerks to their kids. It's always something. Mr. and Mrs. Jarvis are a breath of fresh air in this world of unhealthy marriages. Some may say because they were in the 1940s and they're old fashioned. Well, like Agent Coulson said, "Maybe we need some old fashion." Marriage is not a dead concept and we shouldn't treat it as such. 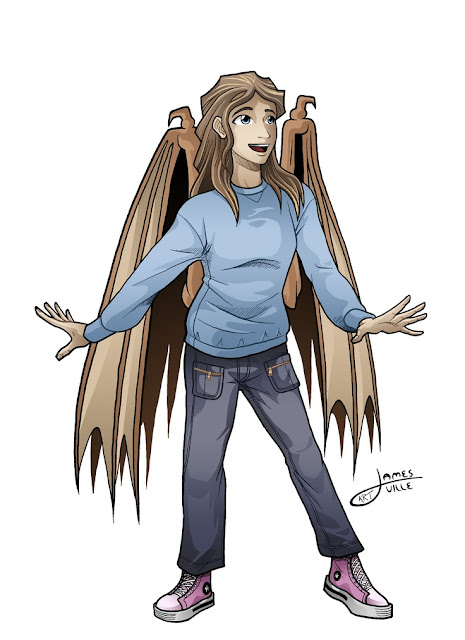 Christian Role Model - Bonnie Silver from Dragons in Our Midst: In show after show I've seen a "Christian" character show up and within a few episodes or sometime in the same episode, they're revealed as evil, say something negative about their faith, or they revoke their faith all together, especially when trouble comes their way. Bonnie isn't like that. She has a very special relationship with the Lord. She writes letters to him, she has faith in him, and she's an inspiration to all young Christian girls.

Even when she's locked away in a terrifying laboratory, she knows that God is still there and hasn't given up on her and he has a plan for her. It's inspiring to see someone like that.

What would happen if all of these role models had a tragedy where they broke these relationships and ideals? What if Joe all of a sudden became an alcoholic and stopped being a good father? What if Iroh decided he was fed up with Zuko and left him? What if Ed and Al or Katniss and Prim had an argument that made them bitter against each other then they became mean and nasty to each other? What if Kirito cheated on Asuna? What if the tragedy at the end of season two destroyed the Jarvis' marriage? What if Bonnie decided to give up being a Christian? Those are all real things that could have easily happened, because people have done those things. However, I wouldn't be talking about any of these people if they did that. Would I? If they failed in these relationships and ideals, they entire character would go down with them.

But the point is these things didn't happen.

These are some very special characters. When I read or watch fiction, I want to be inspired and uplifted and each of them have inspired me in their special ways. Characters like these are rare, but they don't have to be. I hope that more good role model characters will come into the literary and cinematic world. We need them.

You May Also Like:
Why We Should Still Write Good vs. Evil
Happy Endings: They Do Exist
On When Books Are Made Into Movies
Tone Down But Don't Water Down
How Can Characters be Powerful If They're Not Real?