So Your Character Has Autism ... Featuring Rebekah Hancock 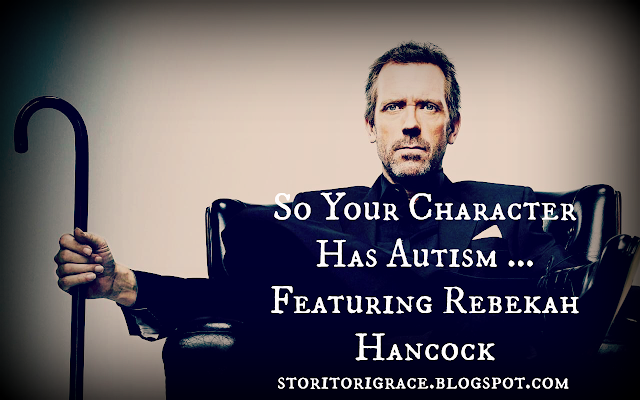 I've heard much about Autism and I've even known some people with Autism. According to Wikipedia: Autism is a neurodevelopmental disorder characterized by impaired social interaction, verbal and non-verbal communication, and restricted and repetitive behavior. I had never looked into it with very much detail until now. This is why I'm so happy that Rebekah has volunteered to be interviewed about what it's like to have it. 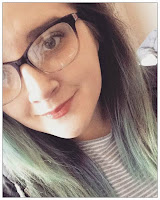 Hi, my name is Rebekah, and I’m an eighteen-year-old student from England, who also happens to be autistic. When I’m not studying towards a health and social care qualification which will help with my dream to work in the mental health sector, I enjoy writing fictional and non-fictional works, reading blog posts and novels, binge watching TV shows or YouTube videos, and researching psychological theories in some way.
Blog//Twitter//Pinterest//Instagram

How does your autism physically feel? How do you think it compares to those who don’t have autism?
The way brains process senses is commonly different between autistic people and those who aren’t autistic. These sensory processing problems can often lead to autistic people feeling exposed, either hyper-sensitive or hypo-sensitive to things going on around them. For example, when someone touches me lightly, it feels like someone’s sticking pins into where they touched. On the other hand, I’m hypo-sensitive to blood tests, so they can be a relaxing experiencing as opposed to a painful one. It’s worth mentioning that every autistic person experiences sensory processing a little differently though, and my experiences may be completely different for someone else.

How do you feel about autism?
I’m proud to be autistic. I used to be quite frustrated and angry when I first received my diagnosis, but that was mostly because of the challenges I’ve faced, and I’ve now realized that I wouldn’t be the person I am today if I didn’t have this disability that meant my brain formed in a different way compared to other people’s.

What challenges does autism pose?
Communication is one of the biggest challenges, especially as most people seem to think it’s a simple case of being verbal or non-verbal, when it’s not like that at all. I’m verbal, but I rely on social scripts I’ve made before a conversation occurs on a regular basis, and often stumble on my words when I haven’t prepared them. I also go non-verbal, although for me, that’s very occasional and mostly happens after meltdowns or when I’m in pain.

Social situations are difficult because I struggle to transfer social rules from one environment to another, and tend to embarrass myself on several occasions until I understand what’s going on and how I should act.

Is there anything you like about being autistic?
I think the sensory side of being autistic can be a good thing when it’s a good sensation, because I can feel it more intensely than non-autistic people may be able to. I’m also hypo-sensitive to other types of pain.

A lot of people seem to think autistic people are less empathic than the general population, but a lot of us are actually hyper-empathic, which means we feel things more intensely than most other people. This is great considering I’m studying to go into healthcare at the moment, and my friends seem to appreciate it, too.

Do you think your day differs from others because of being autistic?
Yes, it definitely can do. I become exhausted after doing less than a lot of people because I have a limited amount of energy, a lot of which I spend on mimicking other people in order to be successful in social situations. It also takes a lot more energy and effort for me to process and respond in conversation, which becomes extremely difficult if I become overstimulated, because my brain doesn’t consider verbal communication as one of its essential responsibilities. I have to rest a lot more than other people, and if I forget to take time to recharge for a few days, it becomes really obvious and the things I struggle with become so much harder to control.

Do you have any cultural differences between others who are also autistic and those who are not?
Autistic people are as varied as non-autistic people, but I think as a whole, the autistic community has a wide cultural understanding of acceptance. It’s great, because even the community don’t agree on something, they don’t judge someone else for it. We’re also accepting of people’s limits, and don’t try to push them beyond that or judge them for things they can’t do. I think the cultural differences that do occur are as a result of misunderstandings more than anything, though, and with the right support (if required), autistic people can exist within a wider culture without problem.

I’ve already mentioned it, but I hate the stereotype that autistic people have no empathy. This couldn’t be less truthful; more truthful is that a lot of us express it differently. Autistic people can’t make friends or have meaningful relationships. This isn’t true; while some autistic people may prefer their own company, there are lots of us that enjoy friendships with other people. I have friendships with people, and I don’t think my autism makes them any less real than a neurotypical friendship.

That autism is a male disorder, and girls with the condition just so happen to have a ‘male brain.' This dates back to when the condition was first discovered, but research has proved time and time again that this isn’t the case.

Vaccines cause autism! I could go on for hours about this, but to keep it short: they don’t. The doctor was discredited for his claims, and research has proved time and time again that this isn’t the case.

What media portrays autism badly be it a movie, a book, or a TV show?
Rainman. I haven’t watched this myself, but it has a really bad reputation for showing a stereotypical, two-dimensional version of what autism actually is in accordance with a neurotypical view of the condition.

The Curious Incident of the Dog in the Night-Time. This book/movie/theatre adaptation is, again, based on a stereotypical idea of what autism is, and is written and explained by the father of an autistic child. Many autistic people agree that we should be able to speak up for ourselves, and having people speak up on our behalf is not the most helpful thing.

What media portrays autism well be it a movie, a book, or a TV show?
There aren’t many, and many that are thought to be autistic by the autism community aren’t confirmed.

However, there is a book I recommend to anyone who asks for one, which is On the Edge of Gone by Corrine Duyvis. The author of this book is autistic, and the main character a 16 year old autistic girl, so her reputation is very accurate. Unlike a lot of people, her disability wasn’t erased when it was seen as an inconvenience, and she wasn’t cured in some inspirational story, even though it would’ve been easier in the Dystopian setting the story was set in.

Who are your top three favorite characters who also are autistic in books, movies, or shows?
House M.D. Okay, so House isn’t confirmed to be autistic, but he shows a lot of traits, such as disliking change, and being really bad in social situations. Series 3 episode 5 of this show also has an autistic character in it, and although a lot of the attitudes aren’t the greatest (the parents practiced ABA, something frowned up in the autism community), House seems to us his own understanding of the struggles he’s faced to empathize with the boy.

Denise from On The Edge of Gone, for obvious reasons. It’s such a good representation of autism, especially if you’re looking for experiences from girls with the condition. 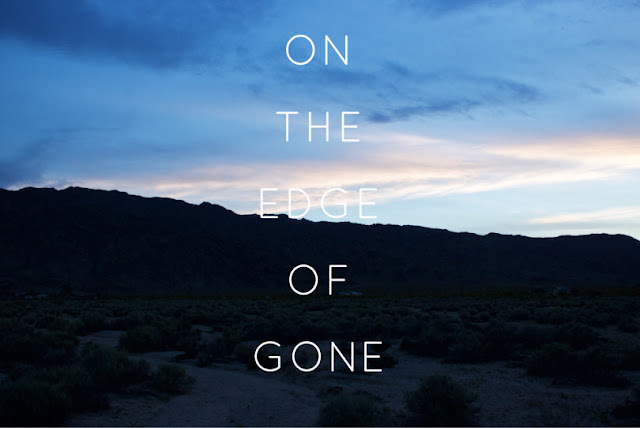 Thank you again, Rebekah! This is such a wealth of information! Thanks for reading!