So Your Character Has Obsessive Compulsive Disorder ... Featuring Emily Walker 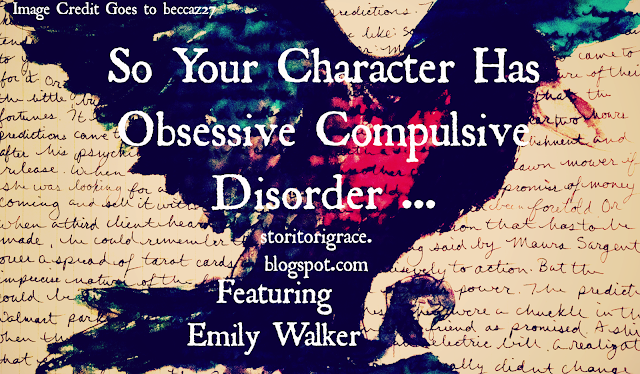 It's common in our culture to jest about Obsessive Compulsive Disorder when someone likes to be really organized or clean. I admit I've done it. But for many people it's a real disorder that affects their lives. Emily can explain it much better than I can, so I'll let her take it from here. 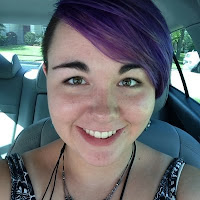 Emily Walker is an 18-year-old dual enrolled at her local community college. After she graduates with her AA degree, she hopes to go on to earn a degree in psychology. In her free time, she enjoys writing, drawing, knitting, playing ukulele, and cuddling with her puppy. Her hope is to use her experiences with mental illnesses to help others through a career in psychology as well as through her writing. She's a contributor on the Mighty.


How does your OCD physically feel? How do you think it compares to those who don’t have OCD?
OCD is a disorder driven by anxiety (and is often accompanied by various anxiety disorders), so I almost always have a vague uncomfortable feeling all over. When I’m in the midst of what my family calls a loop (where I’m obsessing and can’t stop performing compulsions), it can feel like there’s an itch in my chest that I can’t scratch, no matter what I do. Sometimes it feels like there’s fire under my skin, as strange as that sounds. Also, I may feel a tingly, burning sensation in my fingers. I often tap my fingers together to try to help relieve that anxious feeling.

How do you feel about OCD?
I feel that it is an incredibly misunderstood disorder. Most people think it’s a joke, or that it simply means liking order. Trust me, there is nothing funny about the anxiety, depression, and even suicidal thoughts it can involve. And the obsessions and compulsions can vary dramatically from person to person; needing order is definitely not part of everyone’s OCD. And even if it is, it’s not something we like. It’s something we need in order to keep from panicking.

What challenges does OCD pose?
It affects every area of your life. I struggle to have devotions and a time to pray because prayer has always been one of my compulsions—so when I do try to pray, it often times turns into a compulsion. Also, my OCD has made being creative extremely hard. I love writing fiction, but my OCD has made it nearly impossible. When I sit to write, I am frozen by overwhelming racing thoughts. Many people tell me to just start writing, but it genuinely feels like I am paralyzed to the point where I can’t even type.

Is there anything you like about having OCD?
There’s a huge misconception that OCD is a good disorder to have, because it makes you good at cleaning and organization. That is completely untrue. Left untreated, OCD will take over your life. It will ruin everything you love. It will take over your relationships, your hobbies, your school/job, and everything in between (even your sleep—I have dreams all the time involving my various obsessions). However, I do believe my OCD has made me more empathetic. The pain it has caused has also given me more of a desire to help others. So while I don’t like my OCD, I do like that it has given me more incentive to help others.

Do you think your day differs from others because of having OCD?
Definitely. I spend basically all day worrying (which will hopefully stop when I find the right medication and therapist). Also, I have to plan things around my obsessions and compulsions. For example, one of my obsessions is worrying about getting sick. At my job, I don’t get a break, so I eat lunch at my desk (I’m a receptionist). I struggle to eat at work because even when I’m having lunch, I may be helping people schedule appointments or answering the phone, which contaminates my hands.

I do my best to plan my activities around when I’m eating so that I can make sure my hands are clean beforehand, but there’s always the chance I’ll get a phone call and will feel like I can’t eat. Additionally, nights can be hard for me, because that’s when I’m supposed to be relaxing and winding down…which is obviously not easy for me.

Do you have any cultural differences between others who also have OCD and those who do not?
I think having OCD makes things that are very normal for others extremely difficult for people suffering from OCD. As an example, part of my OCD is emetophobia (the fear of vomit). This makes it hard for me to not be anxious at concerts, theme parks, or even at movie theaters—all places other people would find enjoyable—because there’s always the chance that someone will be sick.

It’s not that I don’t enjoy those places, but I do have to deal with a lot of anxiety. Also, I discuss OCD differently with people who don’t have it than I do with people who do. Typically I don’t get into all the details with people without the disorder. But with people who also have OCD, it’s easy to talk about our various obsessions and compulsions and how they may be similar without feeling weird or “crazy.”

What are some stereotypes about OCD that irk you?
I hate the fact that people think it’s cute. The intrusive thoughts can be disgusting and graphic. They are not cute. Having horrible anxiety is not cute. Struggling with suicidal thoughts is not cute. Also, I don’t know why everyone thinks OCD is all about being organized. I know very few people with OCD who have any kind of obsession with being organized. And lastly, it irritates me so much when people say they’re “so OCD.” Again, it’s not cute, it’s not something fun, it’s not a quirk. And it’s something you have, not something you are.

What media portrays OCD badly be it a movie, a book, or a TV show?
I used to watch Monk when I was younger—I don’t remember much about it, but if I remember correctly, his OCD was very stereotypical and meant to be looked at as a joke. I’ve been watching the show New Girl recently (which is freaking hilarious), and while they don’t make a huge deal about it, one of the characters has mentioned a couple times that he has OCD. He does not. He simply is very particular and uptight. That is not the same thing as having OCD.

What media portrays OCD well be it a movie, a book, or a TV show?
I haven’t found a good movie or show that portrays it well, although I haven’t done too much searching. However, the book The Rest of Us Just Live Here by Patrick Ness is an absolutely excellent portrayal of OCD. The main character, Michael, has OCD, and I related so much to his struggles. It’s one of my favorite books because of that. Reading that book was very comforting, as I haven’t read many books that portray OCD well.

Also, Maggie Stiefvater has at least one character with OCD, although it’s never said outright. A character in her book The Scorpio Races exhibits symptoms of OCD, and Gansey from The Raven Cycle is often very obsessive and anxious (again, it’s never stated whether or not he has OCD, but he does have some symptoms). That, too, is part of why The Raven Cycle is my favorite series (also because the writing is gorgeous and the story is fantastic but anyway…). Every Last Word is also a reasonably good portrayal of OCD, although the actual story wasn’t my favorite.

Who are your top three favorite characters who also have OCD in books, movies, or shows?
Gansey from The Raven Cycle (like I said, he might not necessarily have OCD, but he shares some of the same symptoms and emotions I do, so I’m putting him on this list), Michael from The Rest of Us Just Live Here, and….I’m not sure. I have found very few good portrayals of OCD, so it’s hard to choose a third. I guess either Finn from The Scorpio Races because I related to him and he was also just a really sweet, adorable character, or Sam from Every Last Word, because I related to her struggle with OCD as well as her problems with her “friends.” 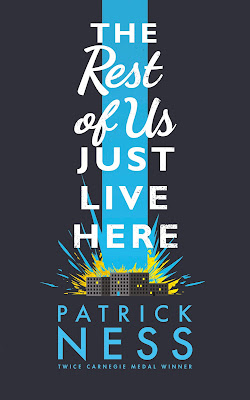 Thank you again, Emily! This is such a wealth of information! Thanks for reading!


So Your Character is Diabetic ... Featuring Ely @ Teas and Titles