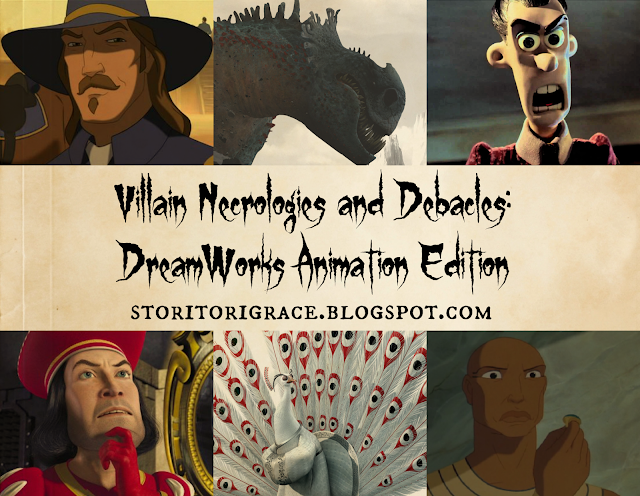 Villains meet their demises in so many different ways. For some this means death, for other this means an unfortunate incapacitating situation. Writers put a lot of thought into how their antagonist finally fails, but which way is best for your villain? That all depends on so many different circumstances, including audience and genre. This is what inspired my series "Villain Necrologies & Debacles." Over time, I'll be analyzing different animation studios, franchises, and more. These posts are meant to show you what sort of defeats have been done whether common or uncommon, perhaps inspire some villain defeats of your own, or you can just enjoy the morbid humor. Check out last month's Disney Live Action Edition!

DreamWorks Animation has been really hit or miss at least in my opinion. I won't like their films for years then all of a sudden they'll release a film I really love, and as you'll see I like most of their old films, cause I'm a 90s kid. ^ ^ Therefore I'm only listing the films that I believe are worth noting because the villains are decent. There's a good few of this company's films I think should just fade into obscurity and we'll just leave them there.

Left Behind - Both Rameses (The Prince of Egypt) and The Colonel (Spirit: Stallion of the Cimarron) had barriers put between them so they could no longer pursue the protagonists. For Rameses it was the Red Sea and for the Colonel it was the Grand Canyon. 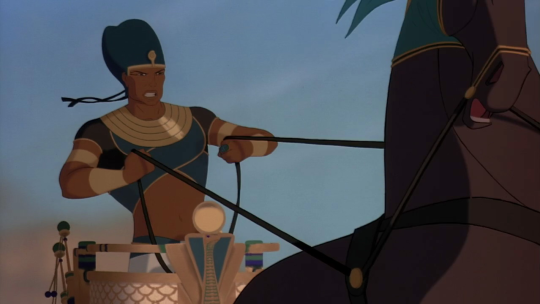 Outwitted - The tricky thing about gods is that they often have little rules that they can't break. That's what happen to Eris, Goddess of Discord (Sinbad: Legend of the Seven Seas). She made a promise to Sinbad and because he fulfilled his side of the bargain, she was forced to give up her pursuit of him. The thing about this defeat is the villain has to concede to it or there has to be some kind of magic preventing them from continuing their dastardly ways.

Tangled - Earlier the movie foreshadowed just how sticky frog and toad tongues are, thusly at the end The Toad (Flushed Away) and Le Frog become entangled in their own tongues. It's not shown what happens to them beyond this. Do they get out? We don't know.

Locked Away - I wouldn't call this arrested, because there isn't an justice system involved, but Pitch (Rise of the Guardians), Rumpelstiltskin (Shrek Forever After) and , Tzekel-Kan (The Road to El Dorado) are all imprisoned in one way or another, keeping them from harming the protagonists.

Burned to Death - Another death foreshadowed near the beginning of the movie: dragons aren't fireproof on the inside. The Red Death (How to Train Your Dragon) meets her fate when Toothless blows fire into her mouth, thus she burns from the inside out.

Burst into Bubbles - When The Fairy Godmother (Shrek 2) is zapped by her magic wand, no one in the group is quite sure what's going to happen. At first it looks like it's not going to work, but before she can harm anyone else she bursts into harmless bubbles. 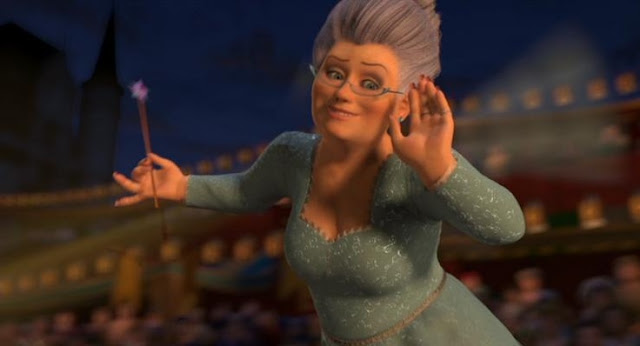 Drowned - It's rumored that Drago Bludvist (How to Train Your Dragon 2) may come back in the third installment, but for right now we're going to say he drowned in the freezing depths of the sea. Bye-bye.

Eaten - Lord Farquaad (Shrek) got snapped up by a dragon. 'Nuff said. 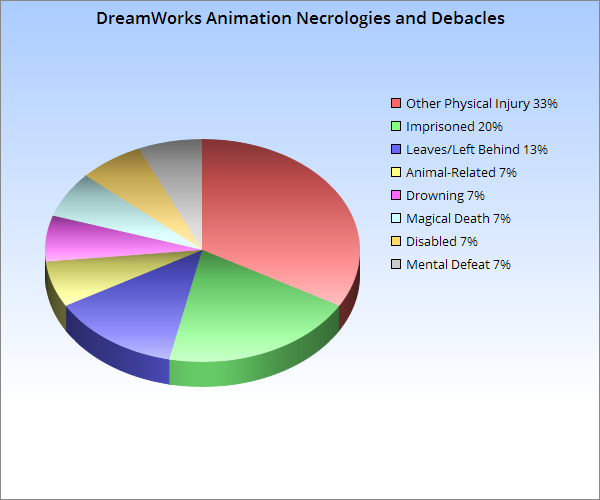 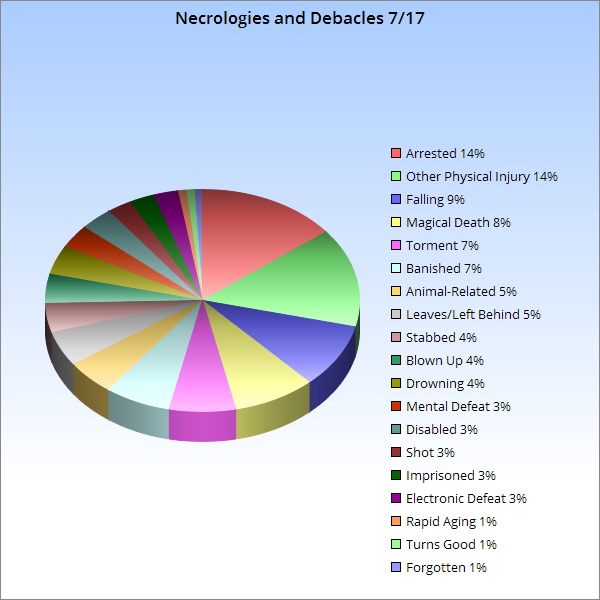 Conclusion - What do these stats mean to you? Do they change your perspective on the commonalities of villain defeats and deaths? I think one thing to note is foreshadowing the villain's demise near the beginning of the story can be an effective tool. I hope this inspired and informed you!