Writing Lessons from Movies: Once Upon a Forest 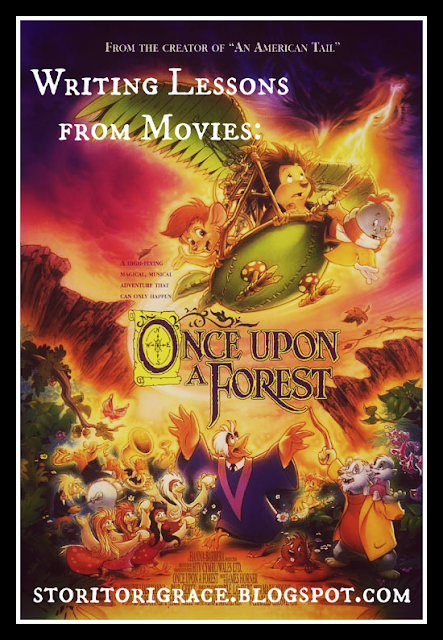 Once Upon a Forest is about three "furlings," a mouse named Abigail, a mole named Edgar, and a hedgehog named Russell. Because of a toxic gas spill, their forest is polluted, killing many of the woodland creatures and endangering the life of their badger friend, Michelle, who was also exposed to the chemicals. Since most of the forest is dead, the furlings have to travel to another forest far away to find the herbs they need to save their friends life.

Pretty intense for a kid's movie huh? Without further ado, let's get to the highlights. I believe this film has a lot of great things to point out, especially for writing middle-grade stories.

Warning: Spoilers.
1.) Different Names for Common Things - Once Upon a Forest has a world in of itself. The animals have their own culture, such as the children go to school taught by Professor Cornelius not necessarily to learn how to read or write but to know how to survive on their own, what plants heal and hurt, what's dangerous and what's safe. Another thing is they call common things by different names such as they call young animals "furlings." On a different note, they call bulldozers, backhoes, and other work equipment "yellow dragons." They do kinda look like monsters if you really look at them ...

How this applies to writing: Does your storyworld culture have different names for common things?

2.) A Variety of Non-Human Antagonists - This movie is an odyssey-like story. Instead of having one primary antagonist, there's a variety of antagonists and none of them are human. The gas is the first one, then there's a creepy owl, and then the yellow dragons. They pose as formidable obstacles for the furlings, but none of them take the front and center. The closest would be the gas.

How this applies to writing: Have you thought of writing story with more than one antagonist?

3.) A Female Character Saving Herself - Abigail is a pretty great female protagonist. She's spunky, intelligent, and brave, but she's also still a girl and cries and likes things like flowers. When the furlings are crossing a barren strip of land, that creepy owl I mentioned earlier snatches Abigail up and takes her to its nest. She manages to wrench out of his claws then she has to figure out a way to get out of the nest without it finding her.

Meanwhile, Edgar and Russell are hurrying to get to her. Before the boys reach her, she uses the magnifying glass she picked up from Cornelius's house and uses it to magnify her teeth to scare the owl. By a gust of its wings, she flies out of the nest and then the boys break her fall. In the 90s, a lot of female protagonists didn't save themselves, so as a young girl, this was really neat for me to see another girl save herself instead of waiting to be saved.

How this applies to writing: Having your female protagonist save herself is very refreshing, though there's also nothing wrong with having the guy save her once in a while or having the girl save the guy. Everybody save each other! 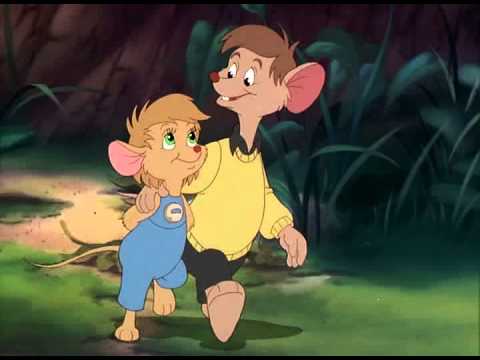 4.) Using Items - Near the beginning of the film, the characters acquire many items they then use later in the film. At first they don't seem very important, but later on they're crucial and the writers made sure to mention them, so these items don't seem to just appear out of nowhere. At the beginning of the film, the furlings acquire a magnifying glass, a map, willow bark, twine, and a set of flapper wingamathing plans (even though Russel uses them as packing paper for food).

The magnifying glass is used as mentioned in the last point, the map is used throughout the movie, the willow bark is used to find where the furlings are after they've lost the map and the forest has become nigh unrecognizable because of the pollution, and the plans and and twine are used to build the flapper wingamathing (aka flying machine if you haven't figured that out yet). 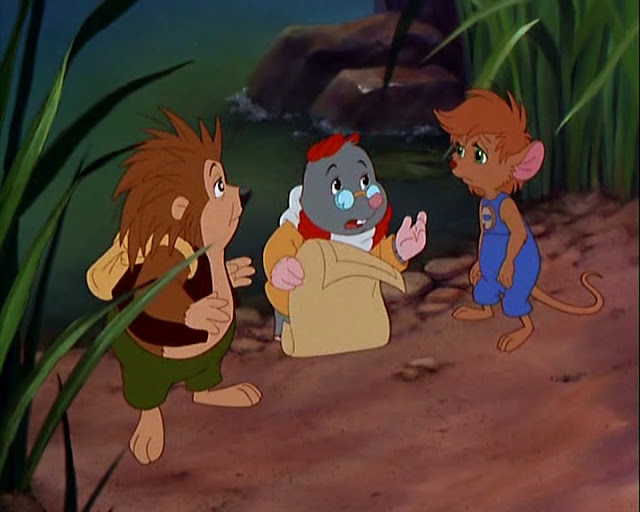 How this applies to writing: Be sure to foreshadow items before your characters use them, so they don't just pop up out of thin air at the most convenient time. It seems cheap. Also making sure to use all of the items mentioned can make sure that the readers don't feel cheated if they're looking for foreshadowing then the foreshadowing doesn't come to fruition. 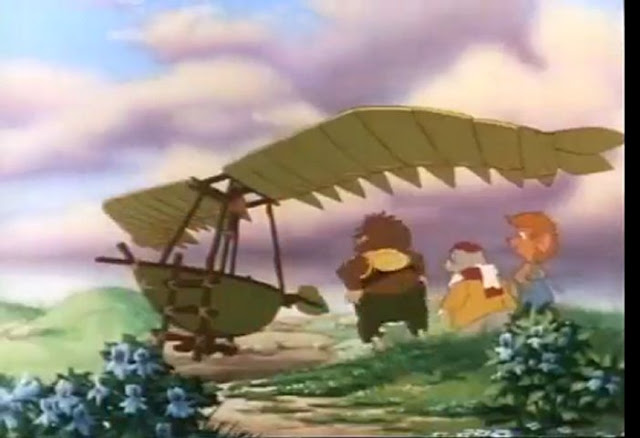 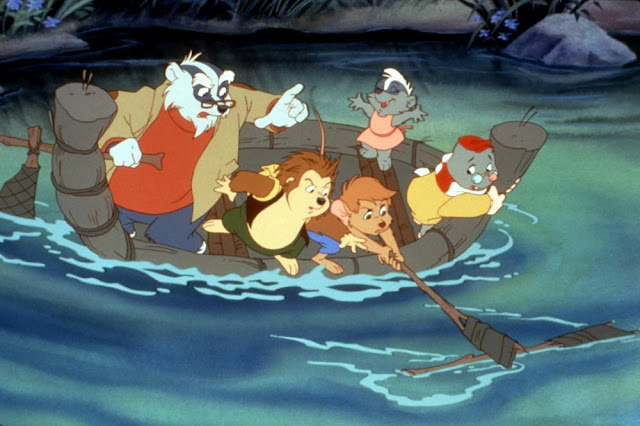 How this applies to writing: This movie really pointed out to me that a lot of middle grade character arcs involve immature protagonists maturing. At the end of the film Professor Cornelius says, "Look at my furlings. You're all grown up." This is a good thing to keep in mind when writing middle grade. Young adult is teenagers growing into adults and middle grade is usually children learning mature virtues that will then carry into their adulthood.

5.) Just Because It's Middle Grade Doesn't Mean You Need to Dull Down Reality of Death - This movie tackles the big concept of death pretty early on. When the gas leaks into the forest, the first victims are Michelle's parents. Michelle runs into her home to check if they're all right, oblivious to the toxic gas still lingering inside. When Abigail goes inside to get her, she sees Michelle's parents slumped over a table, obviously dead since with just the minute Michelle was in there she's in a near fatal state.

How this applies to writing: Death is a part of our lives whether we're old or young. I don't think there's anything wrong with mentioning it in middle grade fiction. I feel like often in this genre the creators try to avoid mentioning this apparently taboo topic as much as possible. However, many middle grade children have already dealt with death in their lives already. My grandma died when I was four and I remember going to her funeral. I believe it's perfectly okay and realistic to mention it tactfully for this age group. 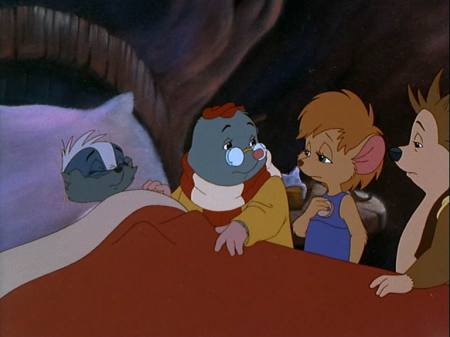