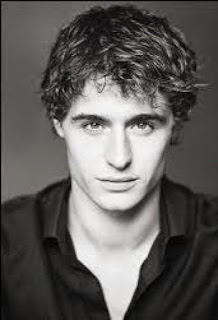 Since Beautiful People has ended for the time being I thought I'd try reviving character interviews on the blog so I can talk about my books a little bit. This is Cohen Makovsky and he's the main character of my Adult Science-Fiction novel Silhouette. He had his own Beautiful People, but I need to get to know him even more. XD Let me tell you a bit about him.

Cohen is a twenty-five-year-old convict from the planet Copec, but he's currently imprisoned on the volcanic planet of Valdura and furthermore, he's trapped inside a clay replica of himself as further punishment. He longs for the day the appraisers come and he has a chance to serve the rest of his sentence on a different brighter planet.

Cohen was raised on an apiary in Copec with his mother and sister. He had a very poor upbringing and always dreamed of bringing a better life for his family. After receiving a scholarship, he went to university and gained a degree in mathematics and worked as an accountment before he got wrapped up in illegal financial dealings.

Besides his ambitions, he loves astronomy and one of the things he misses the most on Valdura is the inability to see the stars because of the planet's clouded toxic atmosphere. His best friend Osment helps him keep hope as each day grows closer to when he can leave Valdura and make his family proud of him again.

Leave your questions in the comments or in the form if you'd wish to remain anonymous or if you're having trouble with the comments. Cohen will answer them on June 29th! Thank you!