So Your Character is From Colombia ... Featuring Kathleen @ One of Each Shelf 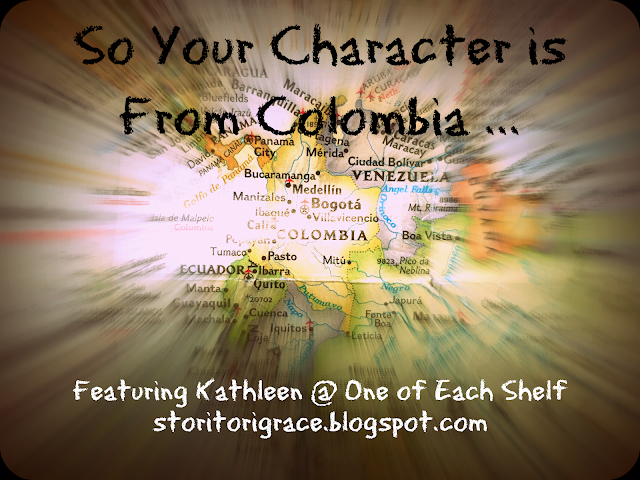 It's time for this week's So Your Character is ... Post! This is a weekly segment where I interview lovely volunteers from around the world to give you a firsthand account of being a citizen of their respective country or having a disability. I'm hoping to encourage international diversity, break stereotypes, and give writers a crash course on how to write a character from these different places on our planet. If you haven't checked out last time's So Your Character is from Chile ... be sure to hop on over there and give it a read! 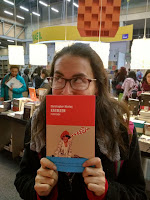 Hello there! This is Kathleen writing thanks to the incredibly interesting invitation from Victoria, who sent me a message all the way to where I live, Bogotá, capital city of Colombia, South America, to meet you, guys; and as a 31-year-old professional journalist who is always in the search of all kind of stories I could not resist since writing and reading are among my deepest passions along with the dark hot coffee and all sorts of treats, that I enjoy as much as anime, cartoons, and movies. Please, be my guests!
Blog|Twitter|Instagram


What do you feel is unique to your country? Landmarks? Celebrations?
Well, probably you’ve heard or read this a lot, but I would say Colombian people are unique. Most of us are friendly and outgoing people, full of pride for our country, always laughing about everything, and always willing to work hard. I bet you’ve heard that we are kind of the partygoers in the region (we have around eighteen labor days per year) and we take advantage of that in all sorts of celebrations that have to do with religion and culture of each region. 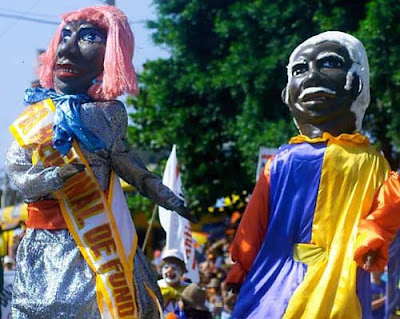 Tell me about your country's environment. What are some of your favorite places?
First of all, you must know that we do not have seasons in here. We are in equator line, which means that you can be in Bogotá, my city, experiencing a cold weather and then have a two-hour trip and find heat. Let’s not talk about Bogotá’s weather, which particularity is to be unpredictable and that’s why, if you travel here, you’ll find people dressed for both heat and cold in a same day (but that’s exactly what I love of this city). 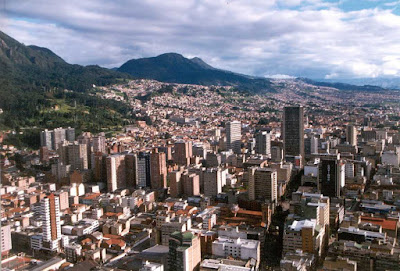 Some others of my favorite places are: San Andres Islands, that is famous because of its 7 colors’ sea; Mompox, a beautiful colonial town on the banks of Magdalena river; Barichara, another stunning colonial town where most of the houses were built in sandstone; Nuqui, in the Pacific coast, where you can see humpback whales one time in the year; Villa de Leyva, another of this beautiful towns that are going to make you hold your breath; Valle del Cocorá, where you can find Colombia’s national tree; Caño Cristales, one of our most known places and Ipiales, where you can find Las Lajas Sanctuary, a modern world wonder.
Not been in most of them, but I will. ;) 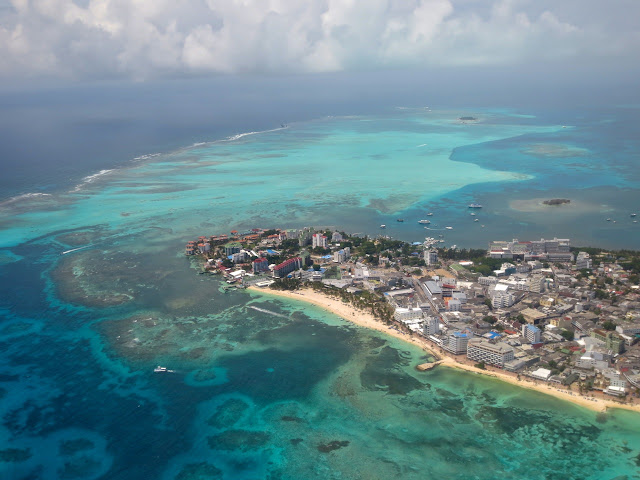 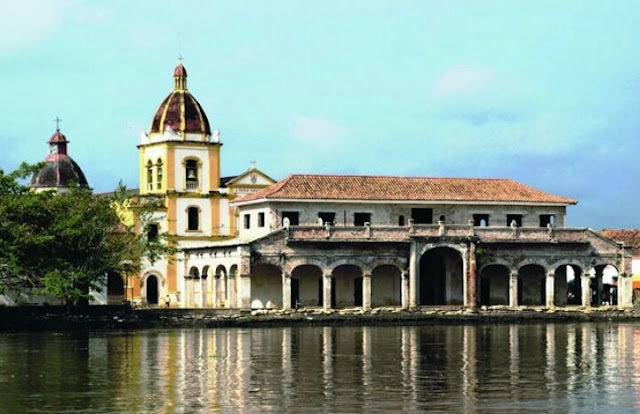 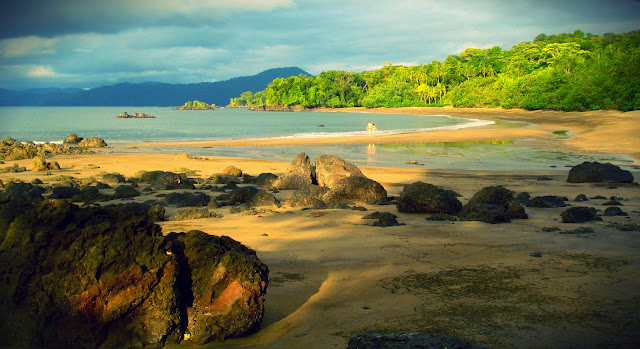 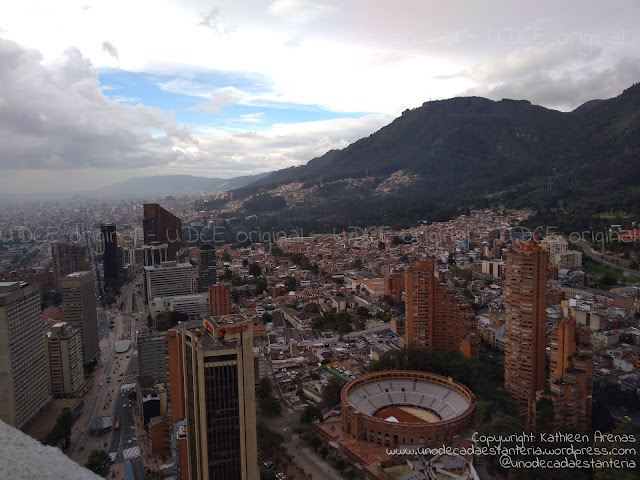 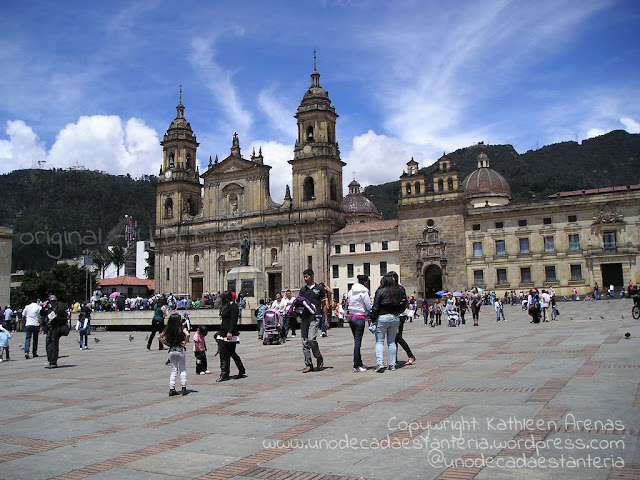 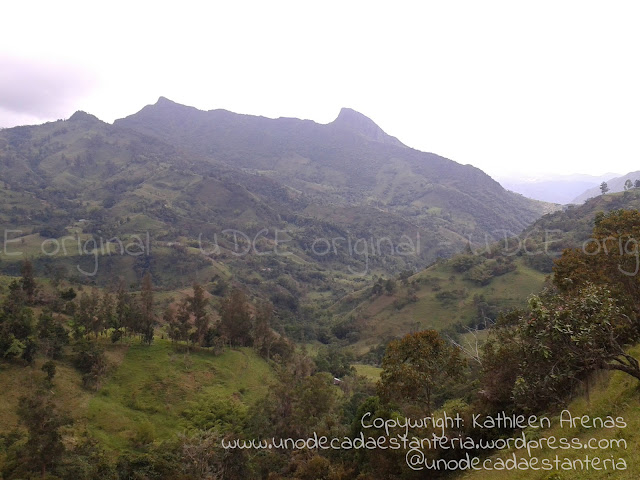 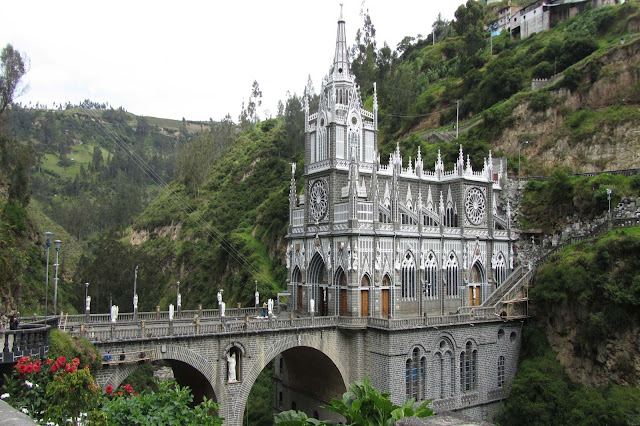 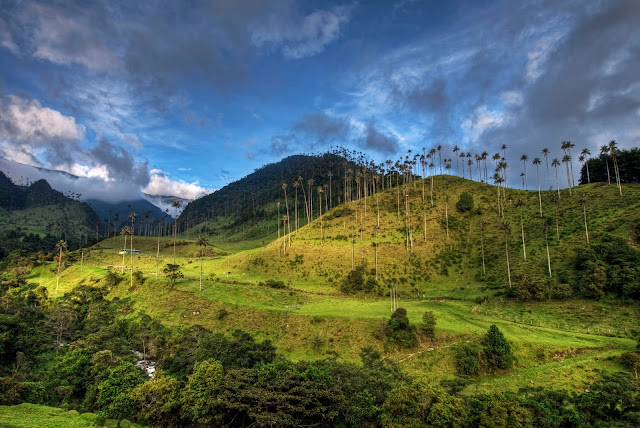 Tell me about your country's food. What are some of your favorite dishes?
Ummm! Where do I start? Colombian food is delicious! And again, each region has its own epic treats. But, if I have to describe something national: it has to be rice, bread and arepas. In here you’ll hear that if there’s rice, there’s a meal and you’ll hardly know a Colombian that does not eat rice at least once per day. My favorite meal in the world: rice with fried egg. Simple and delicious. 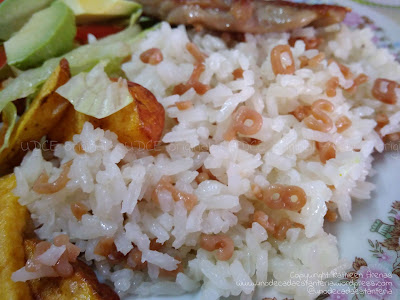 Same story with bread: if you ever head to a Colombian city or town, you’ll probably find a bakery and inside, all kinds of bread, salty and sweet. Then we also have arepas, which can be described as a piece of heaven made of flour and the good news is that each region has its own version, so you have a lot to taste. Also, we have a lot of fried food such as empanadas, which can be fried or baked, and they are perfect to stop hunger. If you ever come to Colombia, please ask for one. I prefer mine with some chili pepper, but I’m going to leave it there because I’m starting to feel hungry… and you? 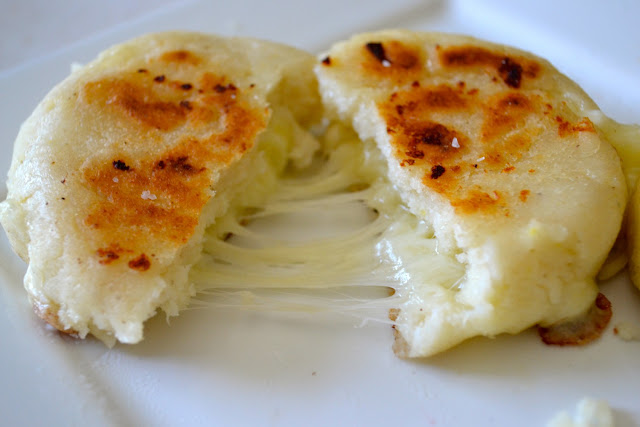 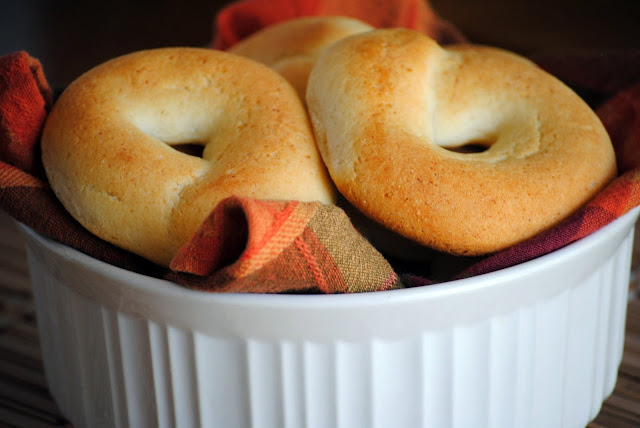 Tell me about any different speech patterns in your country. Slang? Idioms? Words for things such as “biscuits” instead of “cookies”?
Thanks to our history (we were a Spanish colony) our main language is Spanish, but you must know that there’s plenty of communities with their own languages that are not Spanish (think about the indigenous people and ROM people) and even there’s a part of our country, San Andrés Islands, were you can find some creole English speakers. On top of that, we have different accents in the whole country and a particular slang in each one, which makes this topic a complete world itself.

Anyway, if I have to describe a general aspect of the way we talk, it has to be the use of what we call “tutear”, which is a familiar way to talk. Imagine that there was another “you” word but only to use with the people you are close the most, or maybe to not sound so formal to somebody. The contrary form of this is “usted”, which we use to address somebody older or in an authority position, or a stranger, just not to be disrespectful.

Describe briefly a regular day in your country.
I live in the capital city and things are fast in here. Normal schedules starts at 8:00 am, but if you go into a bus at 6:00 am, you’ll find that even at that time, there’s people already because distances and traffic does not help too much. Then, we have a break around 9:00 am, which is called “las medias nueves” and comes from a rural tradition, that was the break for the workers in the fields. Lunch is between 12:00 and 2:00 pm and around 5:00 pm you'll have another break (remember the bread that I mentioned? At this hour, you’ll find people in the bakeries, just taking some coffee and bread). Dinner is served around 7:00 pm – 8:00 pm and then, as the day starts so early, 11:00 pm is a good time to go to sleep.

Obviously, weekends are different, but compared, for example, to New York or Buenos Aires, at midnight, you won’t find a lot of open places in Bogotá. Of course, there’s an underground culture. Taxi drivers are masters in storytelling of the things that happens in the night. If you ever come visit, listen to them, they have such great stories! 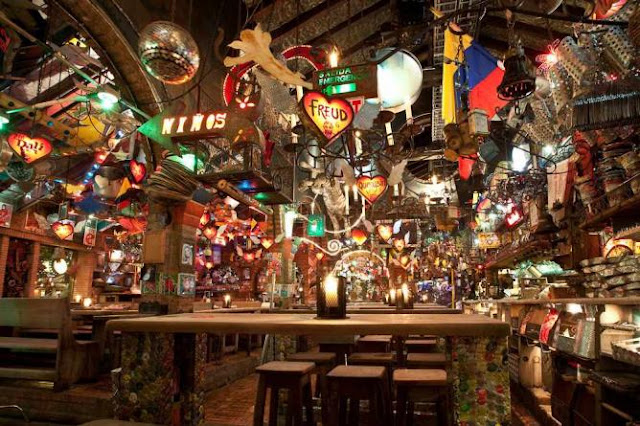 How does your country compare to others, especially the States since my audience is primarily American? Environmentally? Politically? Culturally?
Remember all that about being so partygoers? Well, we are not the most organized, our political class is not the most loved and we have a huge social breach, which is the daily struggle for most of us. Environmentally, we count on a lot of resources, but they are far to be well distributed and that’s another of the challenges that we and our government face. Culturally, I would say that we have an issue with normalizing facts that are not normal and that’s why we are hard to impress. Our history has made of us a very particular country, with pros and cons, but aren’t those like all the countries struggles? 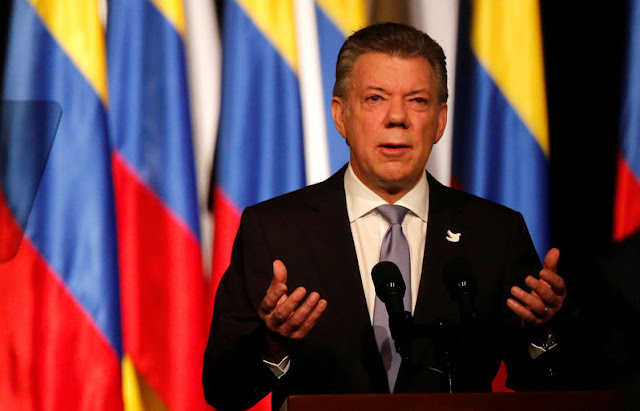 Briefly describe three of your country’s historical events that you feel are important.
• July 20th, 1810: Our independence day from the Spanish crown, the day in which the story of the country began being written.
• October 21st, 1982: Colombian author Gabriel García Márquez won the Nobel Prize of Literature.
• September 26th, 2016: A peace agreement was signed after a whole life in war. 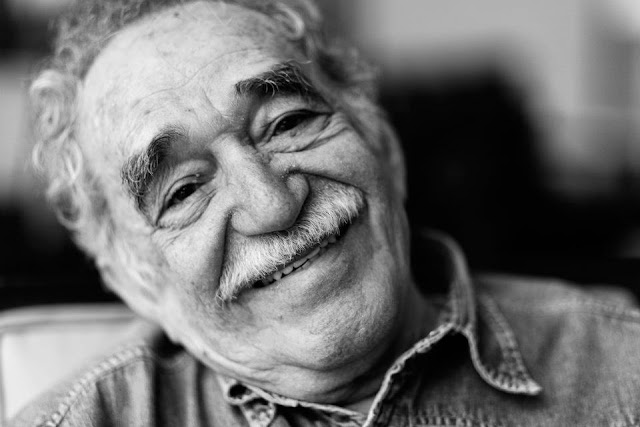 What are some stereotypes about your country that irk you? What media portrays your country badly be it a movie, a book, or a TV show?
Wow, there’s plenty of misinterpretations about Colombia in the media and some of them are so bad that they are almost hilarious (ejem, Romancing the Stone, 1984 movie), but I don’t think we have to mention them here (we’ll need like a whole blog to point them out) and anyway they are not true: no, we all are not drug lords or brainless women with surgeries that all they're interested in is money, we are not thieves or assassins, we actually have infrastructure and even when a part of the country is actually the Amazonian region, no, the whole country is not a jungle. Sorry, Hollywood. 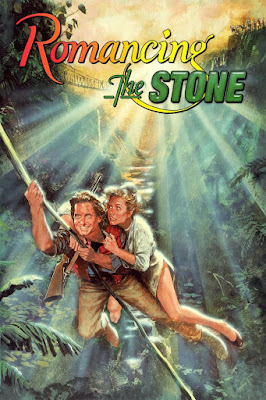 What media portrays your country well be it a movie, a book, or a TV show?
On the contrary, we have this beautiful documentary called “Colombia, Magia Salvaje”, which I highly recommend if you want to see some of the most stunning landscapes that, I have to say, most of we Colombians had not seen before of the release of this documentary. Beautiful is not the only word that describes it and you better watch it instead of read about it (ha). 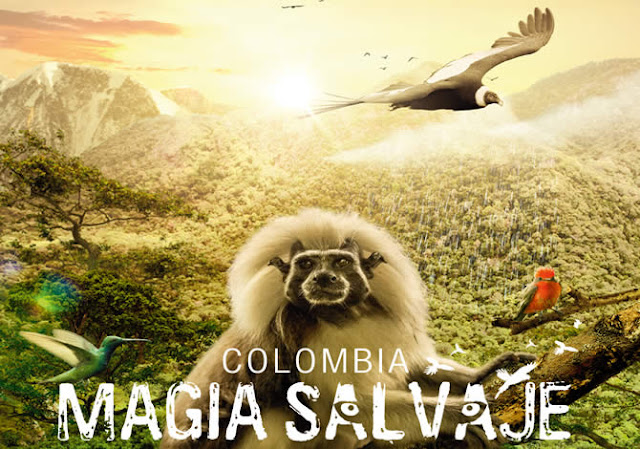 Who are your top three favorite fictional characters native to your country in books, movies, or shows?
Well, would not be Colombian if I don’t mention A Hundred Years of Solitude by Gabriel García Márquez: you must know that as there are A Hundred Years, well, there’s a lot of characters in there. Anyway, I absolutely loved the story of Rebeca Buendía, who has a love story of her own and some characteristics that makes her kind of a tragic heroine.

Also from García Marquez universe, Sierva María de Todos Los Santos, the main character of Of Love and Other Demons, who despite being a girl, is strong and fights with all who she is for what she wants (and has this crazy hair that is her signature and was the inspiration for the author).

Lastly, I have to mention Francisco El Hombre, which is part of our Caribbean region folklore and his story, that he defeated the devil with his music, is portrayed in another renamed Colombian movie named Los Viajes del Viento” As a bonus, Yassuna and Chaquen, from the beautiful story written by Colombian author Celso Román named El Imperio de las Cinco Lunas (The Five Moons Empire, I guess) are characters that I absolutely adore. 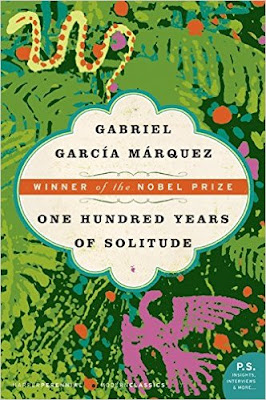 Thank you, Camila, for this very informative post! Come back next week for an honest post about Chronic Pain.

Are you interested in participating in this project? Check out the tips archive to see which countries have been filled and if you're from a different country, shoot me an email at howellvictoriagrace(a)gmail(dot)com. I'm especially looking for Cuba, Venezuela, Belarus, Zimbabwe, and Iraq.

Do you have any characters from Colombia? Did this inspire you to write a Colombian character or set a book in Colombia? Are from this or been to this country and you have further input? Feel free to share! Do you have any questions for Kathleen? Be sure to thank her!