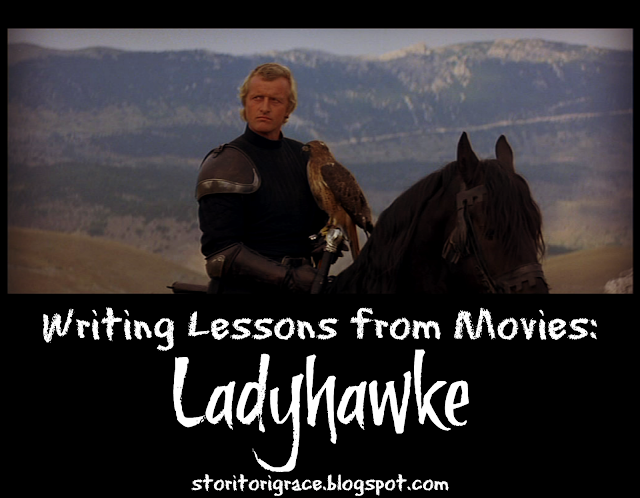 1.) Low Fantasy - Ladyhawke is a medieval fantasy story, but the only magic involved is the Bishop's demonic curse which condemns Isabeau to hawk form in the day and Navarre into a wolf form at night preventing the two from ever being together in human form. This gives the movie a legend-like quality, like this maybe could have happened a long time ago but no one remembers it or passes it off as a tale.

How this can be applied to writing: Have you ever thought of writing low fantasy? A fantastical story with little to no magic? 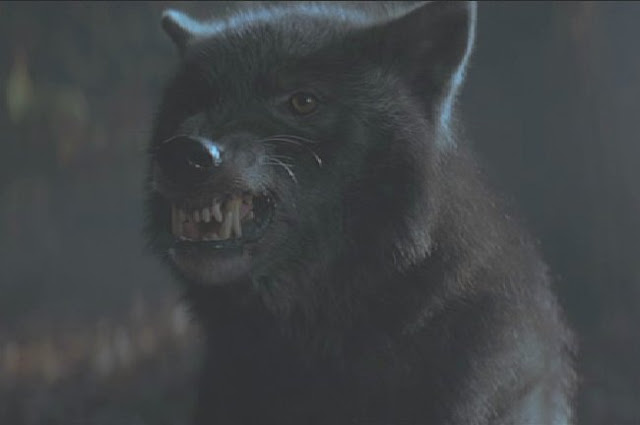 2.) An Outsider Main Character - Philippe has the biggest arc in the story. He starts out as a petty thief known as the Mouse but finds purpose as he becomes a part of something bigger than himself. He's a believer in God, but he shows much cowardice and selfishness as he steals for himself and runs to escape trouble. But as he becomes friends with Navarre and Isabeau he grows to be courageous and sacrificial.

Navarre, Isabeau, the Bishop, and Imperius all know firsthand about the curse, but Philippe stumbles into this world of the supernatural. The full nature of the curse has to be explained to him, though he's discovered much of it on his own.

How this can be applied to writing: It's a common trope to have the main character be an "outsider" to the mysterious going-ons in a story, such as Bilbo in the Hobbit, Bella in Twilight, and Clary in Mortal Instruments. This also allows the reader to learn alongside the main character about the story world and gives logical reason for things to be explained to them. 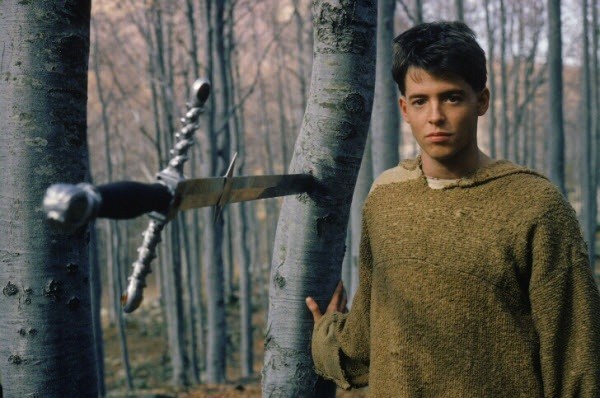 3.) A Character Trying to Atone For His Sins - Imperius is a man who wronged Navarre and Isabeau deeply, garnering hatred from them both, but he sincerely regrets what's done. For the majority of the film, he strives to find a way to make it right. He searches for years for how to break the curse and he helps Isabeau, Navarre, and Philippe even if that means putting his life in danger. Though Navarre has given up hope on a way to be together with his beloved, Imperius never stops trying.

How this can be applied to writing: Characters who seek to right things they've done wrong in the past are very sympathetic, especially when they're so pure in their intentions. Readers bond with those characters quickly.

4.) Star-Crossed Lovers - Even during their curse, Navarre and Isabeau are besotted with each other. They're always together, but always apart. It's a tragic situation that breaks your heart. At points, they've seen each other in human form for just a moment before the other is again in their animal form and they've again been torn asunder. You root for them because you want them to be together against all odds.

How this can be applied to writing: Star-crossed lovers is another trope, but it's an effective one. Forbidden love is something readers just feel inclined to root for. When you have romance in your story, put obstacles in between them and it will make readers care for them even more. 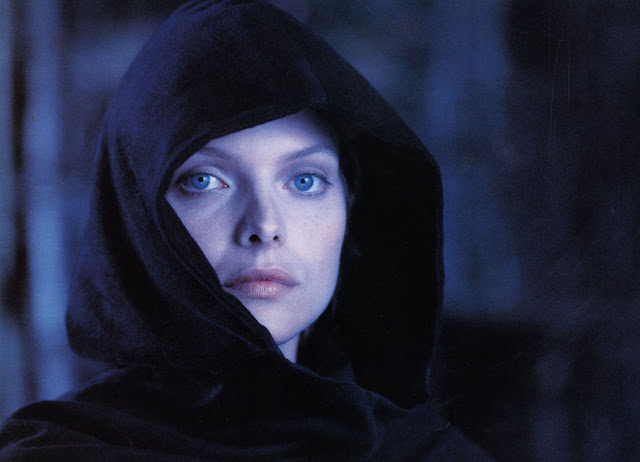 5.) Characters Carrying Multiple Weapons - Navarre carries several weapons which include a crossbow, a great sword, a short sword, and a dagger. He uses all of these at different times and carries them either on his person or on Goliath. He's prepared wherever he goes. 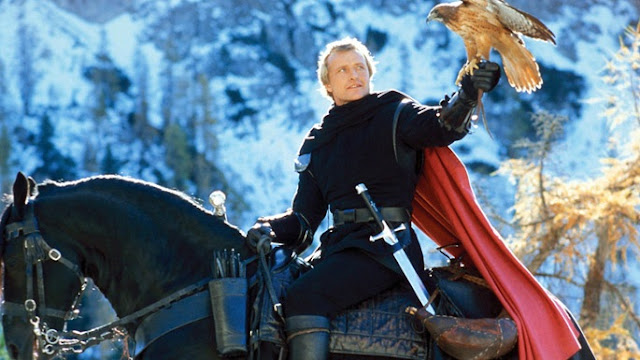 How this can be applied to writing: It's just not logical for a character to carry only one weapon. What if they drop their weapon or lose it or are disarmed? Ranged weapons are useful for hunting and daggers are useful for many things outside of fighting. It's important for your characters to always have backups. Aragorn carries a bow, a sword, and a dagger. Not all characters can be like Ruby where their weapons are also guns and you don't have to be like Link where he has at least five different weapons at his disposal, but have your characters be prepared!

Conclusion - Ladyhawke is a classic low fantasy with great writing despite some of its weak points. I highly recommend it!