When I think of the word "peach," I think of three things: my home state of Georgia, the color peach, and Princess Peach from Super Mario! Thus I've decided to Super Mario theme this week's Writerly bundle!

endemic
adjective, Also, endemical
1.) natural to or characteristic of a specific people or place; native; indigenous: endemic folkways; countries where high unemployment is endemic.
2.) belonging exclusively or confined to a particular place:
a fever endemic to the tropics. 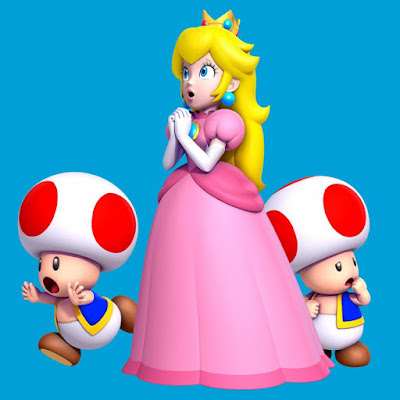 When most people think of Super Mario, they don't relate this classic video game series with beautiful music. I didn't either until I plated Super Mario Galaxy. The music is fully orchestrated and written by the famous Koji Kondo (who wrote the Legend of Zelda soundtracks). I love the classical yet techy for the sci-fi nature of the game mix. This piece sounds like a waltz. It's full of strings, cellos, and flutes. It's relaxing and calm. I could see it played in a ball let alone at a space station! Believe it or not I could see the piece relating to a historical or fantasy story. 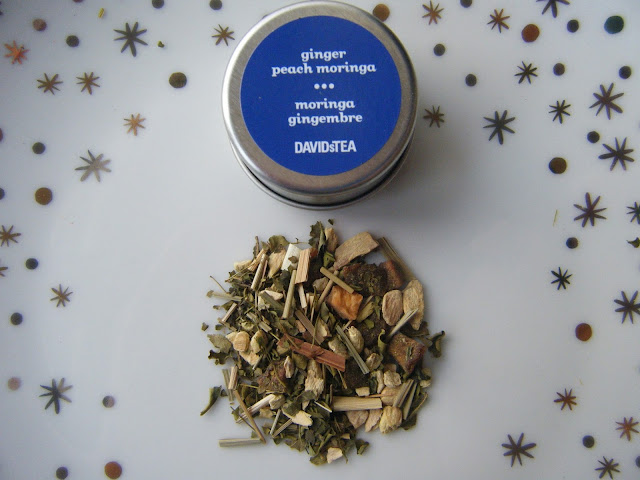 Never heard of moringa? You’re not alone. But trust us. You need this “miracle tree” in your life. Native to Africa and Asia, its leaves are packed with vitamins, minerals – and even protein! And around the world, it’s used for everything from treating joint pain to strengthening the immune system. We combined this wonder plant with fruity peach and a spicy hint of ginger. It’s like an herbal cleanse in a cup. The best part? It actually tastes amazing.

The Tea: At this point this is my first ginger peach combination tea. The two others were The Republic of Tea's Ginger Peach and Adagio Teas' Simon Tam fandom blend. All of them taste different. This one definitely stands out.

The scent of his tea is very peachy with a hint of ginger and another flavor I'm not familiar with which I'm assuming is moringa. The actually taste is also very peachy followed by ginger and an after taste of lemongrass and moringa with a hint of blackberry. The tea brews a light yellow and it's one of those teas that make your feel healthy when you drink it. I'm guessing because of the moringa. It's very herbal and yummsy. Perhaps the Princess of the Mushroom Kingdom will sip this when she isn't dealing with Bowser.

Serving Recommendations: I steeped this tea at 204 F for five minutes and added sugar.

How much is it and where can you get it? You can buy this tea at a DAVIDsTEA store or on their website. You can get just Ginger Peach Moringa for $9.80 to $98.00, depending on how much you get. The smallest amount is 2 oz. and the largest amount is 20 oz. You can also get Fabulous Fennel along with five other teas in the Super Spice set (which is what I did) for only $14.00.

So how good is it? I enjoyed this tea! Though it won't top Republic of Tea, this is still a tasty blend. Four stars!


If you liked this post, come back every other Tuesday for book reviews; Friday for tags, character interviews, and link-ups; Saturdays for writing advice and life updates; and Sundays for the Writerly Bundle which includes a new soundtrack piece, vocabulary word, and tea review!