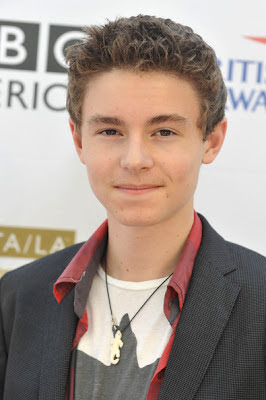 It's time for this month's call for questions for this month's character interview! This time I'm asking for questions about one of my main characters from my science-fiction series Subsapien! He's done a Beautiful People and an interview a long time ago, but since I'm going to be editing his book soon, I want to bring him a little attention and get to know him a little bit more! I'll tell you about him first!

Caleb is a fourteen year old Biomechanical Subsapien and an amnesiac. After a tragic train accident that claimed his parents, he became paralyzed and Rota saved him using bionic parts. Because of head trauma he sustained from his injuries, he has no memory of his life before just a few weeks ago.

Since he has no where to go, he stays in the Rota laboratories to work for them. He rooms with Pro and Bryce. Though he has a crush with Pro, he's afraid to admit it to her in fear of messing up their friendship. On the other hand, he does not do not get along with Bryce. Caleb's shy, awkward, and analytical personality is the complete opposite to Bryce's reckless, smooth, and antisocial personality. Caleb sees Bryce as a rival as Bryce ends up growing up the teen social ranks without even trying while Caleb is struggling to fit in.

He may not remember much of his past, but he does know that loves to build things. Engineering and math come easy to him and calm him when he's stressed, especially after a rigorous day of training at the Rota labs. Despite lab employee's assurances that what Caleb is doing is for the greater good, he is suspicious that something nefarious is going and he's determined to find out what it is and find a way out.

Leave your questions in the comments or in the form if you'd wish to remain anonymous or if you're having trouble with the comments and Caleb will answer them on May 20th! Thank you!