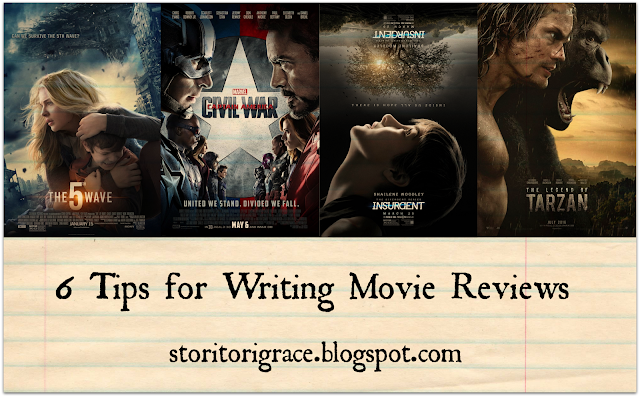 I love movies. I love going to the theaters and experiencing a new film. When I found a Christian ministry called Geeks Under Grace where I review movies for a Christian audience, I totally got on board with that. Now I'm the Head Movie Editor and though my primary position is editing other people, I also write my own reviews on a semi-regular basis. I usually link to them in my Monthly Summaries. One of my readers requested that I write a post on how to write movie reviews and I'm happy to oblige.


1.) Prepare the Basic Structure of Your Review Ahead of Time - I'm a strong believer in format. Since I write for a non-profit organization uniformity is key, thus all of our reviews have a format. Much of this format can be prepared before I even see the film, thus I usually take time to add things such as the bare bones of the review (Content Guide, Review); the director, starring, production company etc.; images, trailer, and so on. One thing I absolutely don't add beforehand is the synopsis, because sometimes the synopses you see on sites such as IMDB or Rotten Tomatoes are inaccurate. Preparing your review ahead of time helps save you time because you should ... 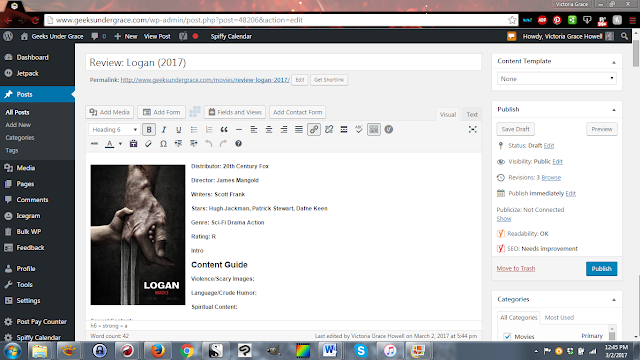 2.) See the Movie and Get the Review Out on the Opening Weekend - It is absolutely essential that you get your review out as soon as possible if you want your review to have any weight to it. Why? Let's go into a little about how the movie industry works. For a movie to be deemed successful they must at least make back their budget in theaters, not DVD or Blueray, theaters. The opening weekend for a film is the most crucial because that's when the film makes the most profit. As the movie stays in theaters, the film company makes less profit and the theaters make more profit. Therefore when you see a movie in the dollar theater you're not helping out a film at all, and films are made or not made because of how many people see a film in the theaters as close to the opening weekend.

Therefore, if you care about a movie, you want your review out at the most relevant time which is opening weekend. I make a point to see the film during the early showing so I can get my review out on the release day preferably before Friday night because that's a very hot time people go to see movies. That's all when the topic is also trending on social media. We'll get to that later.

3.) Know Your Audience - This is important as to what you include and what you don't include in your reviews. Because I write for a Christian audience, I focus a lot on the content section. This is where I point out any mature or other questionable content, because many Christians read my reviews to find out if they want to see a film or not because of content. A secular adult audience may not care as much about the content, but if you're writing for any respectable parent then they'll want the content section highlighted and won't want a detailed spiel about the gory scene in Act 2. This also matters if you include swearing in your reviews and so forth.


4.) Highlight the Good and the Bad - When people read a review, they're usually reading it because they're debating on seeing a film or not, which is also why I'm insistent on keeping reviews spoiler-free or warning before spoilers. Thus you want to highlight both the good and bad of the film. If you want to be deemed as a reliable reviewer then you need to give both sides. If you only gush over movies, then people may think you love every film you see even if it's actually really bad. If you only bash movies, people may not like the negativity.

If the visual effects wowed you point it out, but also don't neglect pointing out the fact that maybe there was too much focus on visual effects and not enough on character development. If the acting seemed kind of stiff point it out, but don't forget to point out how one actor really shined in his role despite the drab script. I love the Hunger Games, but when I reviewed it I did point out that the shaky camerawork did bother me during the Reaping. I hated Pan, but I did point out that Hugh Jackman did well in his role despite his crappy script. Get the idea?


5.) Find Your Style of Reviewing - Because I'm the editor I've seen a lot of review styles. All of the writers I've worked with have different methods of writing a review. One of my writers is studying film in college, so he really focuses on the directing, editing, and the behind the scenes parts of the film. Another one of my writers specializes in children's films and he always takes his young daughter with him to see movies, so he often comments on how she reacted to the jokes. My style of reviewing is more from a writer's perspective, so I focus a lot on the plot, character development, and worldbuilding.

All of these styles are unique and make each of us stand out as writers on the site. Find your styles and what makes you stand among the hundreds of other movie reviewers out there.


6.) Promote - If you want your review to get the most attention, promote it. Share it on Facebook, Twitter, Pinterest, Instagram, etc. I've had a lot of people read my reviews I've posted on my personal Facebook page and tell them how it's advised them to see a film or also to analyze how they felt about a film they didn't like. I highly recommend promoting especially on Twitter and use all the hashtags. They'll pop up pretty quickly when you just start typing something like "Star Wars." 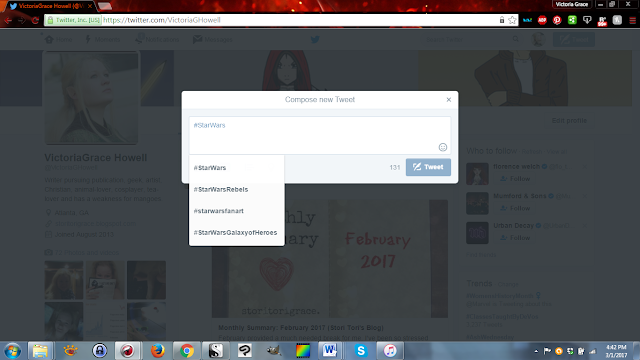 Samples - Here are five recent reviews posted on Geeks Under Grace, some are by me and some are from the writers who work under me.

Conclusion - Movie reviews can be tricky, but I've found them very fun to do and it justifies me seeing more movies in theaters and what's wrong with that?

Update: As of now I'm actually hiring movie reviewers for GUG! Check out the image below on how to apply! 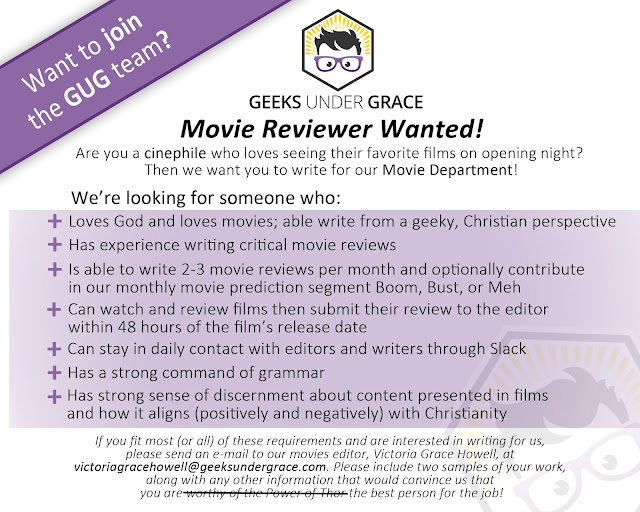 Have you ever written a movie review? What movies have you reviewed? What is your style?

You may also like:
What Being an Editor for a Website has Taught Me
What Being a Staff Writer has Taught Me
How Movie Trailers Can Help You Write Back Cover Copies
Why a Writer Should Travel: Quell Your Fears and Embrace Inspiration
Why Reading Regularly is Essential to Being a Good Writer