So Your Character is from Papua New Guinea ... Featuring Kara Swanson 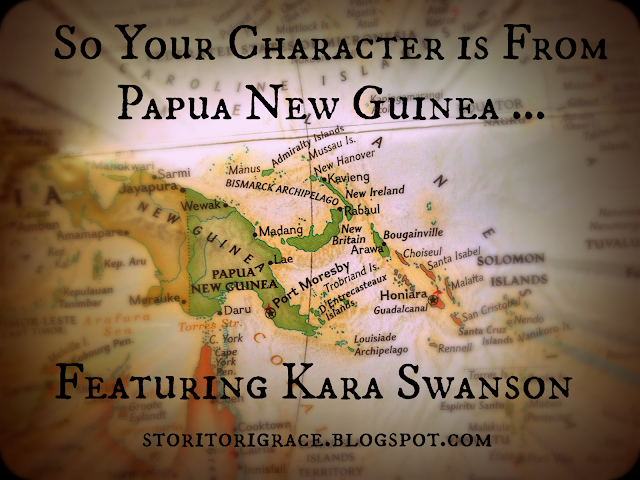 It's time for this month's So Your Character is From Another Country! This is a monthly or bimonthly segment where I interview lovely volunteers from around the world to give you a firsthand account of being a citizen of their respective country. I'm hoping to encourage international diversity, break stereotypes, and give writers a crash course on how to write a character from these different places on our planet. If you haven't checked out last week's So Your Character is From Finland ... be sure to hop on over there and give it a read!

I actually knew next to nothing about this country before this post, only its location. This post really shed light on this interesting country!

As the daughter of missionaries, Kara Swanson spent sixteen years of her life in the jungles of Papua New Guinea. Able to relate with characters dropped suddenly into a unique new world, she quickly fell in love with the speculative genre and was soon penning stories herself.

At seventeen, she independently published a fantasy novel, Pearl of Merlydia, and since moving back to the U.S. has written many novels, and been published in various venues. In her spare time, she volunteers as a Junior Counselor at a camp for abused foster kids called Camp Alandale, and takes selfies with her adorable huskies and their five pups.


What do you feel is unique to your country? Landmarks? Celebrations?
Papua New Guinea is an island located above Australia, and half of it is called Papua, the other half Indonesia. Papua is third world, and the majority of its occupants are tribal people living deep in the jungles. Each tribe has their own distinctive language, and there are over 800 dialects on the Papua half of the small island alone. No two languages are alike, although many of their customs are similar. Many of the tribes enjoy doing “sing sings”—community or spiritualistic dances where their paint their bodies, wear colorful woven grass skirts and arm bands, while singing and dancing. Swinging their hips, chanting and making noise with any homemade instruments they have. 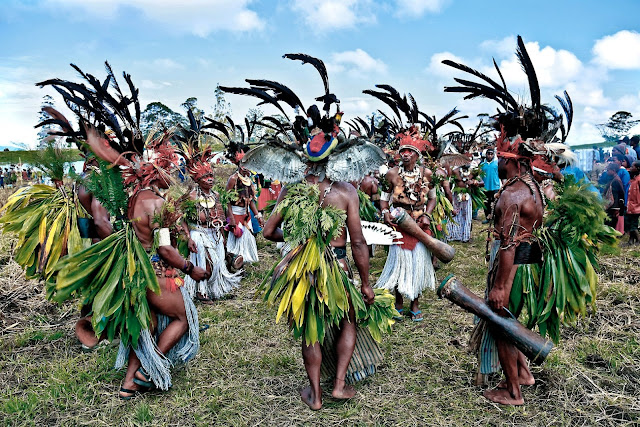 Tell me about your country's environment. What are some of your favorite places?
Besides the deep tropical jungles, with some beautiful mountaintop vistas, plants and flowers, and crystalline rivers, PNG also has many beaches. The water is warm as bathwater, and most of the beaches are nearly deserted, making for a perfect picnic trip and surfing getaway. 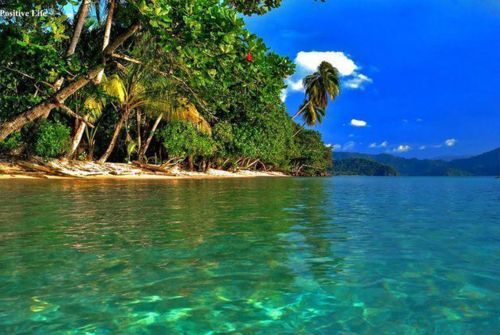 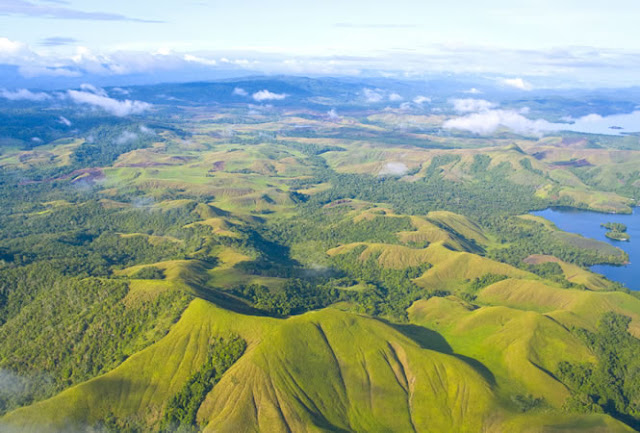 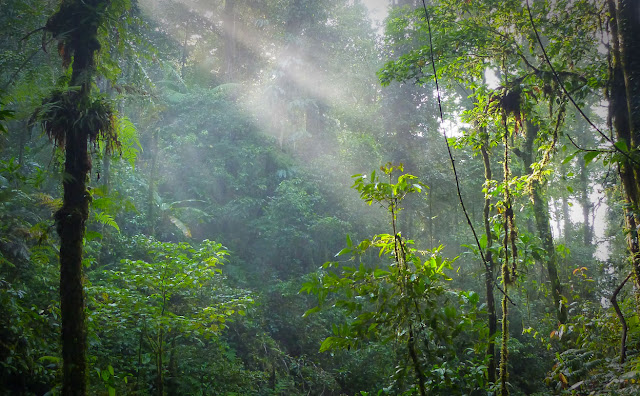 Tell me about your country's food. What are some of your favorite dishes?
Most of the food is homegrown. The fruit is so succulent. Mangos are sweet as candy, while wild greens are not too terrible in a salad. One food that we ate a lot, although not necessarily my favorite, is the tribal food staple called “Sak Sak.” Made from the harvested inside of the Sago tree, the tribal people take the wooden shards they carve from the inner trunk of the tree, and wash water through the shavings. Using the thin leaf of the sago as a strainer, they wash a soft, lumpy powder from the shavings. This powder is then prepared in two ways:

1. They mix it with hot water, boiling and stirring till it has a thick jelly consistency, then spinning it on sticks to make little round piles that they wrap in leaves and save to eat over the week.

2. They take the powder and fry it over an open flame, till it’s a thin pancake-like meal.
The tribal people then eat this Sak Sak with fruit or meat or anything that tastes better. The Sak Sak is a way to fill their stomachs, but they don’t really love it as it tastes like cardboard. Yum, right?

In the cities, there are a lot of rice-related dishes. Or foods imported in from Australia. All kinds of crackers, cookies and cheese made without any added color. 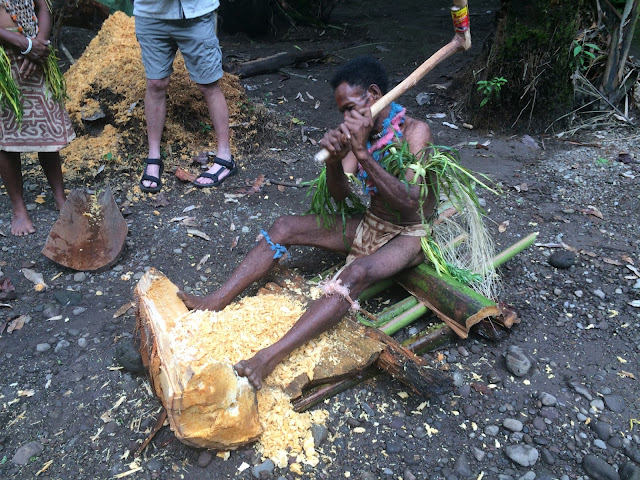 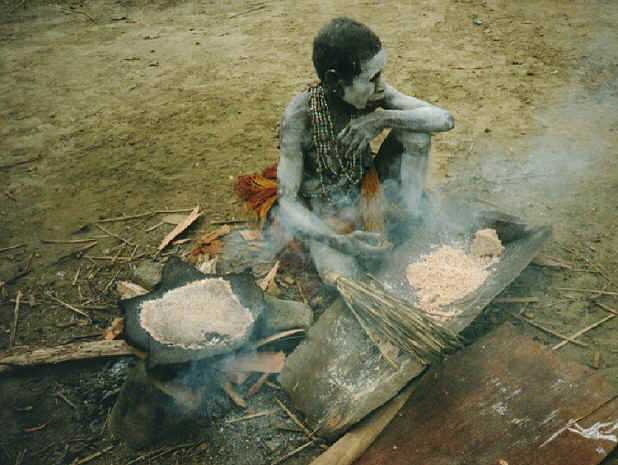 Because there are so many different languages in PNG, there is one central trade language that is a combination of English and many other dialects, called Pidgin English.
For instance, if I wanted to say: “Hello, my name is Kara and I really like being here with you.”
In Pidgin, it would sound like this: Apinun, nem bilong mi, Kara. Na mi gat bikpela laik long stap wantaim yu..


Describe briefly a regular day in your country.
My family were missionaries, so we spent a lot of time in the middle of the jungle, getting to know the language and culture of the tribe we lived with. I was homeschooled, so most of my mornings took up that. Then, we’d play soccer with the tribal kids on the grass airstrip in front of our house (the only way in or out of our tribe was by airplane). Trade things like salt, nails, or batteries in exchange for the tribal people’s homegrown food. My father would teach them Bible lessons, once he knew the language well enough to communicate the hope we have in the God-man who gave his life for the wrong doings of the whole world. 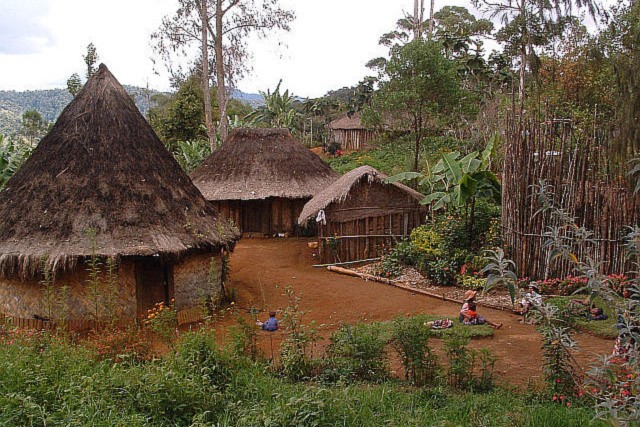 How does your country compare to others, especially the States since my audience is primarily American? Environmentally? Politically? Culturally?
Its third world, so very poor and governmentally corrupt. Lots of theft and violence, but at the same time, the families and tribes are very close, so they look out for each other. Most of the people are very hard working, and more worried with growing or finding their next meal, then what they’ll post on social media or getting into college. Many of the tribal people are lucky to even get a basic education. 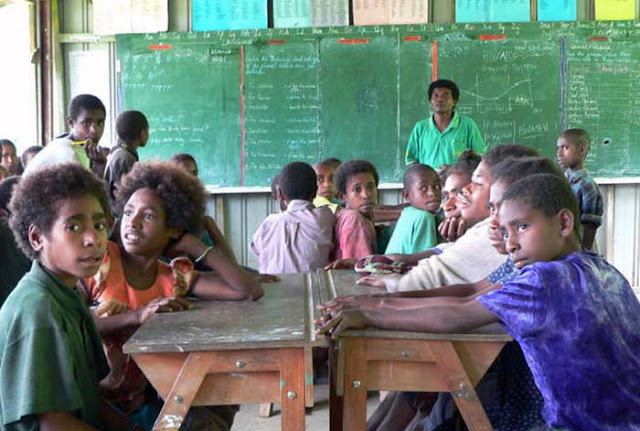 Briefly describe some of your country’s historical events that you feel are important.
Papua New Guinea used to be a property of the Dutch, and of Australia, before it became its own country. The freedom was both good and bad, as when it was aligned with these other countries, the island was not nearly so third world, poor and remote.

During WW2 the Japanese and others fought in Papua New Guinea. In fact, in the mission base where we would stay when we came out of our tribe for a break every few months held an old Japanese spotlight, a tunnel in the side of the hill where the troops would hide, and old rusted bullet casings. 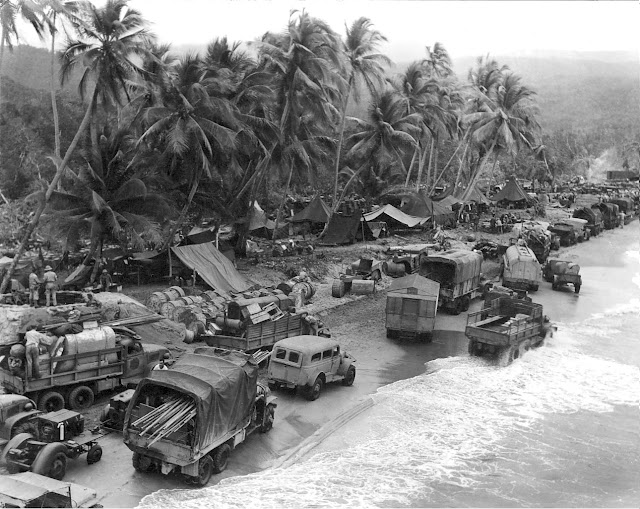 PNG isn’t really shown on TV or other media. 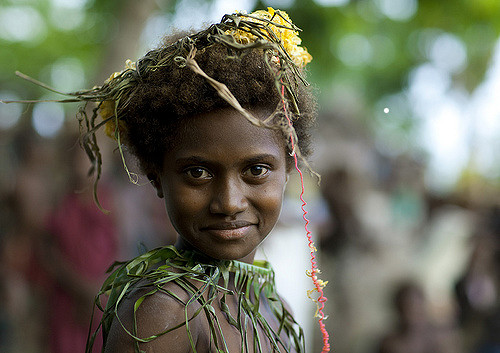 Thank you, Kara, for this very informative post! I hope everyone enjoyed reading it. Come back on Friday for So Your Character is From Ireland ... Featuring Alex (AI) @ Mouthful of Ink!

Are you interested in participating in this project? Slots for Australia, Canada, England, Scotland, New Zealand, the Philippines, Liberia, Algeria, Thailand, Peru, China, Slovakia, Belgium, Germany, The Netherlands, Finland, and Papua New Guinea have been filled, but if you are from any other country, shoot me an email at howellvictoriagrace(a)gmail(dot)com.