A Book Review of Firebird by Kathy Tyers

Lady Firebird was born to the royal family of Netaia. Because of her birthplace in the family, however, her life is expendable. Honorable suicide is the highest calling she could hope to attain. When she is chosen to lead an attack on the neighboring planet of Veroh her death is expected. Instead she is taken prisoner during the battle and is held by the enemy.

With her own people seeking her sacrifice, Firebird must choose between two worlds before she can carve out her new destiny. This is the story of Lady Firebird's personal battle and its eternal consequences, not only for herself but for everyone around her, and especially the man who loves her.


I actually got this book for free while at Realm Makers last year. It was in the goodies bag. Free book so why not read it? I actually found out this book is a reprint version and it was originally published back in the 80s. My cousins read it. So right off the bat, for a book written in the 80s it's quite good.
The Plot: The plot centers around on one girl believes she should die as is accepted by her culture, but it also deals with the politics between planets. I felt like the politics almost overshadowed the plot sometimes like the politics were too heavy and that drew away from other parts of the story. The author would often go into long spiels about the intricacies of the planets' political systems, which are creative no doubt, but I felt like it slowed down the plot. I had a lot of trouble finishing this book. I'd often take breaks from it to prioritize another book.

The Characters: Honestly, none of them really drew me in. They were serviceable and some had neat qualities like I think Firebird's love for music is cool and Brennen's telepathy is neat, but I never really bonded with anyone. Also Phoena is a jerk.


The Setting: Since this book is a space opera, the characters are on space ships or other planets. It seems like the author cared more about the politics and the military jargon and not as much about what the actual setting looks like. I didn't ever get completely enthralled with the environment.

Epic Things: The coolest thing had to be the telepathy and telekinesis, though it worked kinda strangely. I didn't understand why it wasn't used in some instances.

The Theme: The theme revolves a lot about life since Firebird grew up in a culture where it's acceptable to commit suicide and noble children who are so far back in line to the thrown are called wastlings and expected to die at a certain age. Brennen basically spends the whole book trying to convince Firebird that her life is worth something.

Content Cautions: The biggest thing was violence. Several people die and Firebird tries to kill herself.

1.) Snippet Point of Views - In one battle sequences, the POV switches back and forth from Firebird to Brennen in one chapter. The point of views are often only a paragraph or so long, but it created a really cool sense of tension. I've seen this used in another book before and it's a neat effect.

How this applies to writing: This is something that's really dependent on your publisher if you can do it. Some people think point of views this short are too choppy, but in this sequence I believe it worked.
Conclusion: This book wasn't my favorite. I wanted to like it, but I just didn't catch onto it and reading it almost felt like a chore. 2.5 stars. 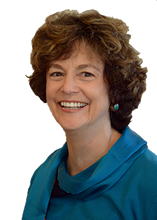 Kathy Tyers is the author of the Firebird series – Firebird, Fusion Fire, Crown of Fire, Wind and Shadow, and Daystar – of the stand-alone science fiction novels Shivering World, Crystal Witness, and One Mind’s Eye – and the Star Wars universe novels Truce at Bakura and New Jedi Order: Balance Point.

It’s character-driven science fiction with a deep heart and an inquiring spirit, stories that are accessible and thought-provoking.