So Your Character is from the Midwest United States ... Featuring Elliana Reickard 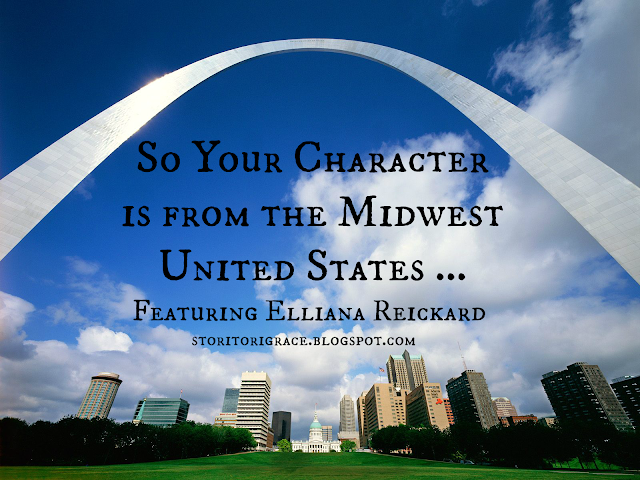 This So Your Character is ... is a little different than others. A while back way way during the beginning stages of this whole concept I wrote post called So Your Character is from the South ... because I'm from the Southeast United States and it gets a lot of stigma. I also may revise this since my new way of writing these posts is so much better. Moving on. When Elliana volunteered to do a post on the Midwest United States, I was delighted to have her. The United States is such a huge country, you almost need a post for every region. As with my other posts in this series I'm hoping to encourage international diversity, break stereotypes, and give writers a crash course on how to write a character from these different places on our planet.

I've been to three states in the Midwest: Missouri, Illinois (It was for forty minutes, but it counts!), and Minnesota. Missouri I stayed in the longest because I was there and I learned about their rivalry with Ohio. Minnesota amused me because of their joke about mosquitoes being their state bird, and Illinois was cool cause Chicago and Divergent. I'm happy to know even more about these states from Elliana! 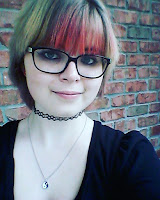 Hey, I’m Elliana Reickard! I’m a 16 year old writer from the Quad Cities area in western Iowa. When I’m not at school, I’m probably writing paranormal fiction, drawing my characters, reading YA, or listening to Evanescence.

What do you feel is unique to your region? Landmarks? Celebrations?
The Midwest contains Mount Rushmore and the Gateway Arch as popular landmarks, and most Midwesterners have visited at least one of them in their lifetime. The Midwest also contains the Great Lakes, in which people love to swim in.

The Midwest also tends to have quite a few farmers markets. Most farmers’ markets sell vegetables or goods like honey, but occasionally, they can sell cookies or candy or even jewelry. Food trucks come and sell pizza so that people can eat lunch there. Many bring their dogs. Rather than a once-in-a-while event, a farmers market can be a summer grocery store to some. 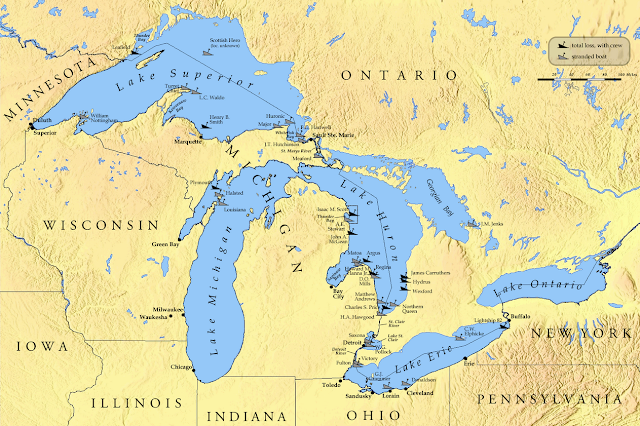 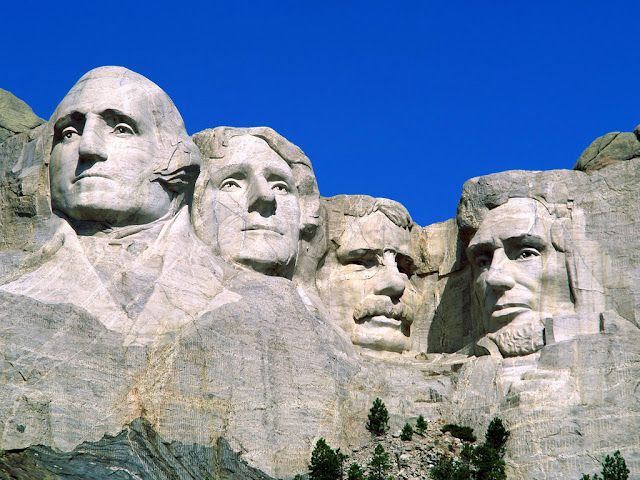 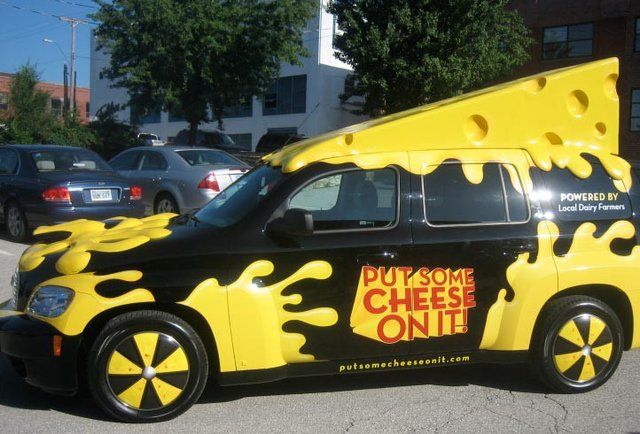 Tell me about your region's environment. What are some of your favorite places?
Most Midwesterners have taken a swim in the Great Lakes at least once. The lakes are cold, due to that region being somewhat close to Canada, but not many seem to care. Since there’s no ocean anywhere nearby, the only places to swim in are lakes, ponds, and swimming pools. Ponds are also prime fishing and boating spots.

The Mississippi River flows through part of the Midwest, but it’s definitely not a place to swim, and neither is the Missouri River. Both are so incredibly muddy, you could get your feet sucked into the mud if you stepped into either river.

Besides places to swim, the Midwest does have a lot of fields of crops.  When farmers grow corn or wheat, they only grow it every other year, and soybeans on the off-years to give the soil nitrogen. To get around having a corn or wheat shortage, farmers can stagger the soy years. 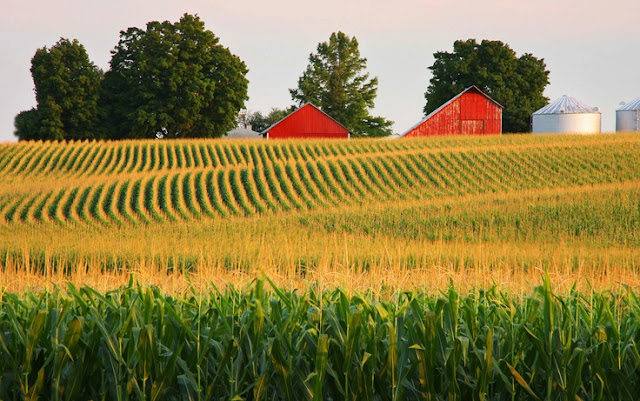 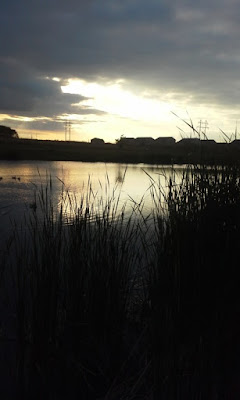 Tell me about your region's food. What are some of your favorite dishes?
As mentioned before, the Midwest has a lot of farmers who grow crops and sell them at roadside stands or farmers markets. Some of the main crops are corn, beets, and other vegetables. Wheat is also grown frequently. While fruits are grown too, they’re slightly less common. Iowa is stereotypically famous for corn, but it’s grown in other states as well.
Some Midwest-only restaurants include Culver’s and Happy Joe’s Pizza, which all have good food.  Deep-dish pizza in Chicago is also delicious. 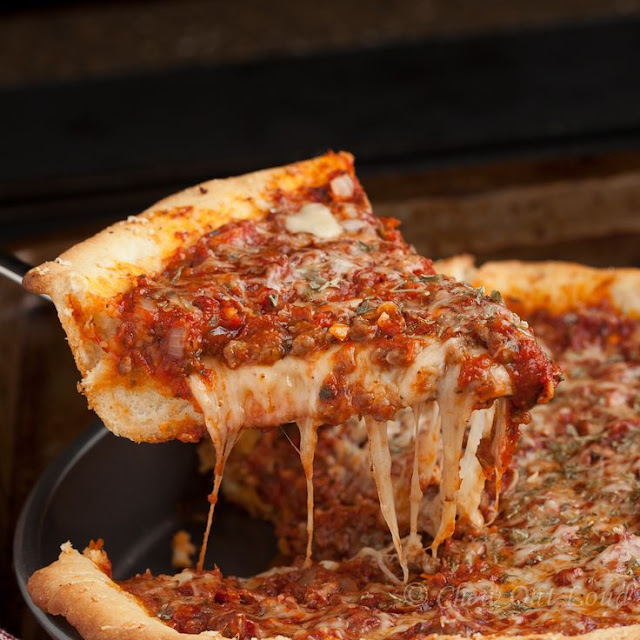 Tell me about any different speech patterns in your region. Slang? Idioms? Words for things such as “biscuits” instead of “cookies”?
People sometimes claim that Midwesterners don’t have an accent, but that’s not quite true. Actually, Midwesterners tend to have the stereotypical “American accent”, which people tend to assume means no accent. Minnesota, on the other hand, has its own accent.

Even though Midwesterners have the “American accent”, they still say some words a certain way. Lots of Midwesterners say “across-t” (across), “pellow” (pillow), and “car-mull” (caramel, as opposed to “kara-mell”). Some, around Wisconsin, say “baggle” (bagel). On top of that, Midwesterners say pop instead of soda (except some areas, such as southwestern Wisconsin), roundabout instead of traffic circle, and Wisconsinites (people from Wisconsin) tend to say “bubbler” instead of drinking fountain. 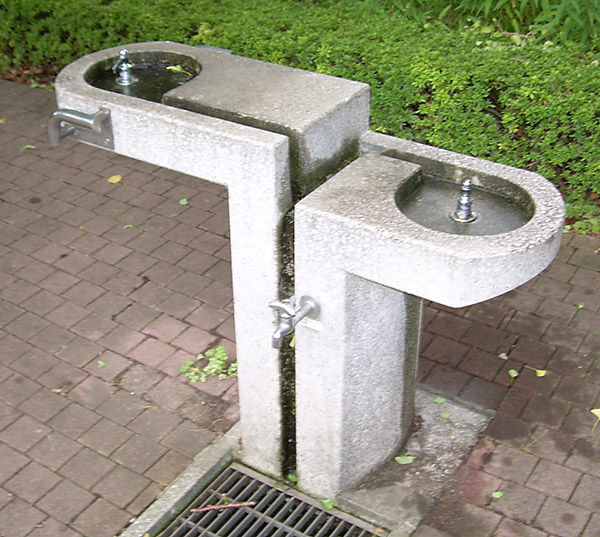 Describe briefly a regular day in your region.
In the summer, Midwesterners tend to spend time outside. A lot go camping in one of the numerous campsites, while others prefer to simply have a fire pit in their backyard and make s’mores. Kids are outside most of the day. Adults battle against Japanese Beetles, which are little bugs that eat through gardens. Expect people to travel to the Great Lakes, or maybe just a nearby lake or pool. Some like to go boating or fishing, while others just like to garden. 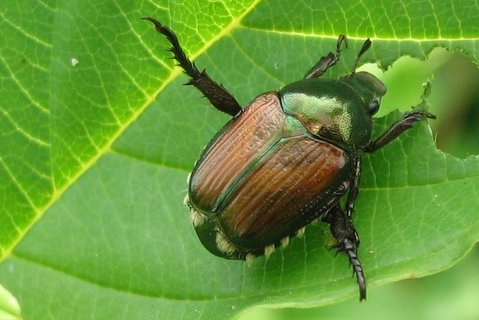 In the winter, people struggle to keep the heat in. They might put plastic wrap on the windows for that purpose. Snow days are rare and are usually expected and built into the school schedule. After it snows, trucks come and pour salt on the roads to help the ice melt so kids can get to school. The winter season begins around Halloween and ends around March-April. 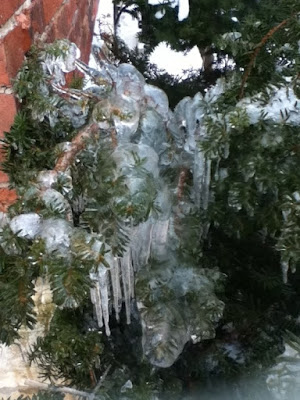 Culturally, Midwesterners tend to enjoy basketball and other sports, especially when rooting for teams that come from the Midwest themselves. They also enjoy spending time outside in the summer, when they can swim, garden, go camping, or just enjoy the sun.

The weather is not as hot as it is in the south, nor is it as freezing as it is in Canada (besides northern Wisconsin and Minnesota). The only real weather concern is the tornadoes, but those are only frequent in Tornado Alley. Some cities and counties may choose to play the tornado siren on Wednesdays to test the siren. Schools can have tornado drills, along with the usual fire drills. 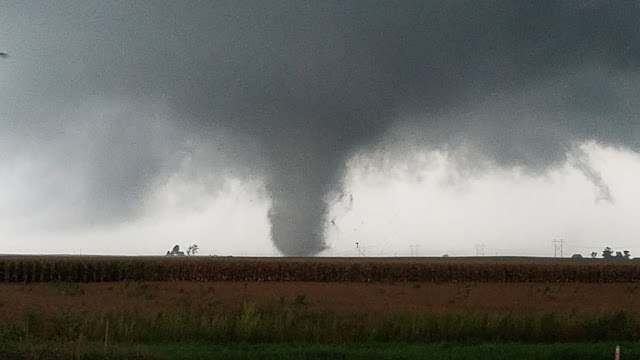 Briefly describe three of your region’s historical events that you feel are important.
The only event I can think of that the Midwest was personally involved in was the Civil War, where the Midwest was most of the Union, against slavery. 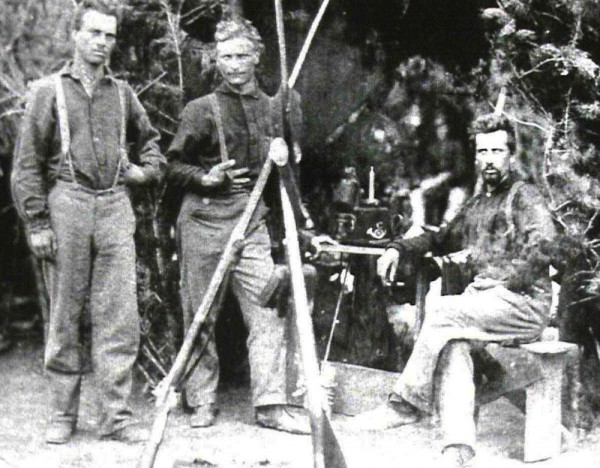 What are some stereotypes about your region that irk you? What media portrays your region badly be it a movie, a book, or a TV show?
There are so many stereotypes that are annoying, but some are still true. Like, everyone’s a farmer (false, but there are many farmers), people drive on gravel roads (there are lots of gravel roads, but a lot of “regular” roads as well), cornfields are everywhere (mostly true), and winters are awful (it differs from year to year).

As for the media, whenever there’s a horror movie or TV show set in the Midwest (usually Iowa or Nebraska), it usually involves a scarecrow or a cornfield. Sometimes, you can pause the TV and see the license plates, like the directors aren’t even trying to hide the cliché.

And yes, they really do sell cheese hats in Wisconsin. 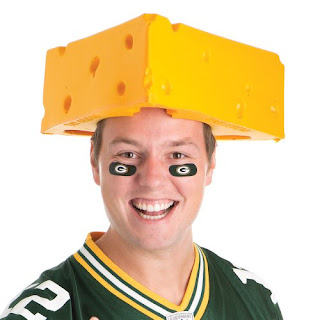 What media portrays your region well be it a movie, a book, or a TV show?
Not much media takes place in the Midwest. I can’t think of much media that shows the media as more than farmers and crops, unless it takes place in downtown Chicago. I do like the way Fangirl by Rainbow Rowell portrays Nebraska, but the setting is generic. If the story were moved almost anywhere else in the US, it would barely change the story at all. 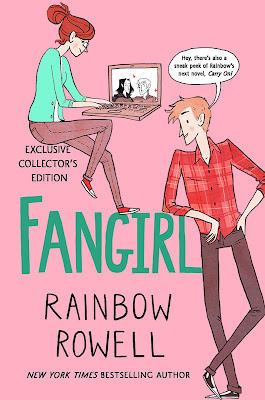 Who are your top three favorite characters native to your region in books, movies, or shows?
Midge from Savvy by Ingrid Law
Jenny from the episode “Scarecrow” of R.L. Stine’s The Haunting Hour
Cath from Fangirl by Rainbow Rowell


Thank you, Elliana, for this very informative post! Big news! I've gotten such a huge response with people agreeing to be interviewed or volunteering to be interviewed that I'm making the So Your Character Is ... Series a weekly segment starting next month. This project has gotten so huge! I'd love to get more volunteers from different regions of the United States. If you're from the Northeast, Southeast, Midwest, Pacific, Southwest, Rocky Mountain, Alaska, or Hawaii, please shoot me an email at howellvictoriagrace(a)gmail(dot)com.

You may also like:
So Your Character is From Ireland ... Featuring Alex (AI) @ Mouthful of Ink