So Your Character is From the Dominican Republic ... Featuring Mariela Odet Vargas De León 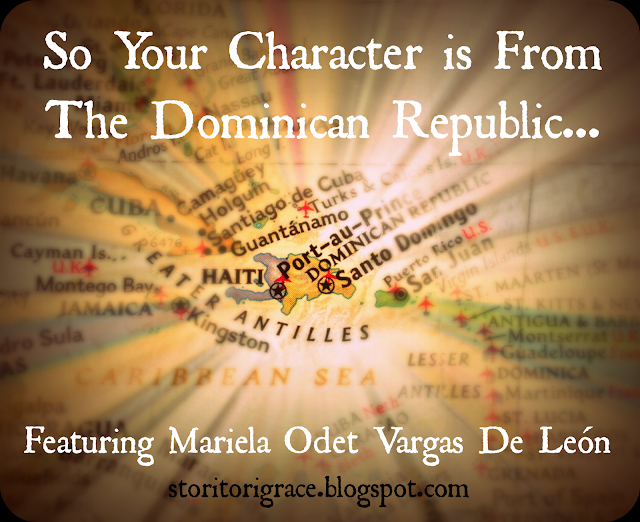 It's time for this week's So Your Character is ... Post! This is a weekly segment where I interview lovely volunteers from around the world to give you a firsthand account of being a citizen of their respective country or having a disability. I'm hoping to encourage international diversity, break stereotypes, and give writers a crash course on how to write a character from these different places on our planet. If you haven't checked out last week's  So Your Character is from Panama ... be sure to hop on over there and give it a read!

This is yet another country that I've had very limited information about. I have some currency from there someone gave me and I know they speak Spanish, but that was the extent of my knowledge before this post. I'm so happy to have Mariela on the blog to enlighten me. Also isn't her whole name absolutely gorgeous? 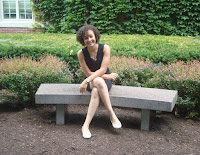 My name is Mariela Odet Vargas De León. I was born in Santo Domingo, Dominican Republic and I live on the East side of the city. I'm seventeen years old and a senior student in high school. My school is a polytechnic institute and I'm studying Tourism. I'm really into self-directed learning; I learnt English that way. I also love reading. A lot. I'd love to be a backpacker and travel all around the world.

What do you feel is unique to your country?
The mixture of cultures that makes up Dominicans has resulted into something worth highlighting as unique: we're warm people, we're friendly and effective, we're loud and artistic. We're the only country that has a Bible in its Coat of Arms.

There's also the Dominican Carnival. It's nothing like the Brazilian one but it's really picturesque. It's celebrated mostly by the end of February and is one of the most exciting Dominican traditions. People are always out in the streets celebrating and some communities form parades with amazing characters whose history is related to the country's history itself. Some examples are Diablos Cojuelos, Roba la gallina, and Califé. 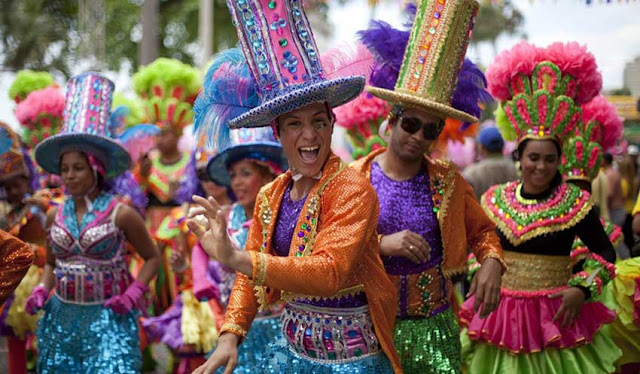 Tell me about you country's environment. What are some of your favorite places?
First of all, Dominican beaches are absolutely breathtaking. White sand, bright sun, warm, crystalline water, and coconut trees will make you want to never leave. It's always so warm in DR. It's like summer lasts all year long. There are great places for hiking and outdoor adventures, like waterfall tours, kiteboarding, humpback whale encounters, and zip line parks. 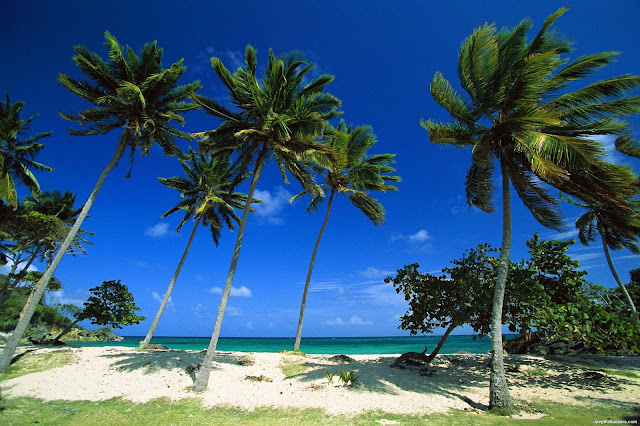 I live in Santo Domingo Este, half an hour away from the National District, and there are some cool places there: a bowling center, two skating rinks, a trampoline park, and malls like Ágora Mall and Sambil. There are lots and lots of movie theaters, which is pretty cool. When it comes to restaurants, there's lots of options: Dominican ones like Adrian Tropical and El Conuco, grills like Andrés Carnes and Vikingo Ribs, fast food restaurants are really common, especially McDonald's, Wendy's, KFC... And then there's Foodtruck Village, a huge parking lot with really nice food trucks with many options. 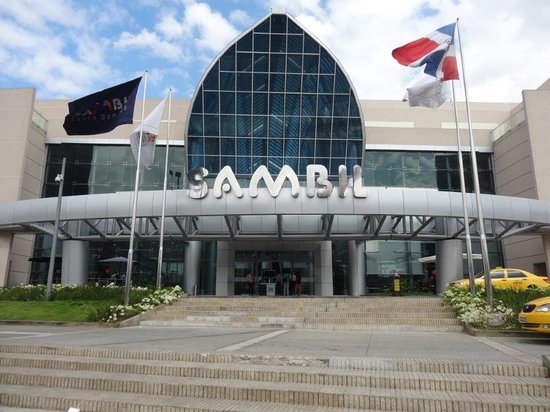 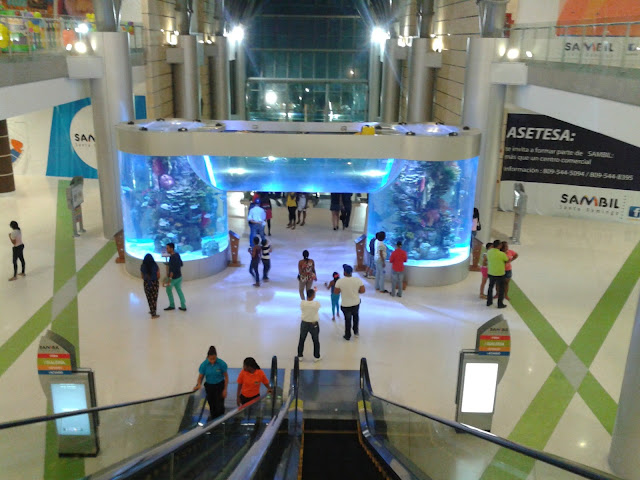 Tell me about your country's food. What are some of your favorite dishes?
Our main traditional plate is Sancocho, a stew that combines all manners of meat with different tubers. We accompany it with avocados and rice. There's a variation of it made of kidney beans and I absolutely love it. 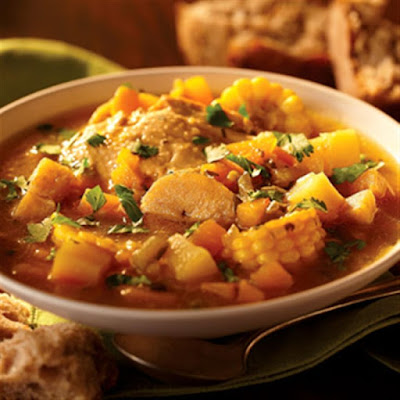 The Flag (La Bandera, in Spanish) is what most Dominicans have for lunch: rice, stewed beans, and meat be it pork, steak, or chicken. There are variations like Moro (the rice is cooked with the beans to infuse the flavor) and Locrio (this time the rice is cooked with the meat, preferably chicken or pork). Plaintain is used a lot: there's Mangú (a pureé made of boiled green plantains, mostly paired with fried cheese, eggs, and salami), Tostones or Fritos (some kind of chips made of fried plantain slices) and Mofongo (fried plantains mashed and flavored with garlic, fried pork belly aka chicharrón, and some vinegar). 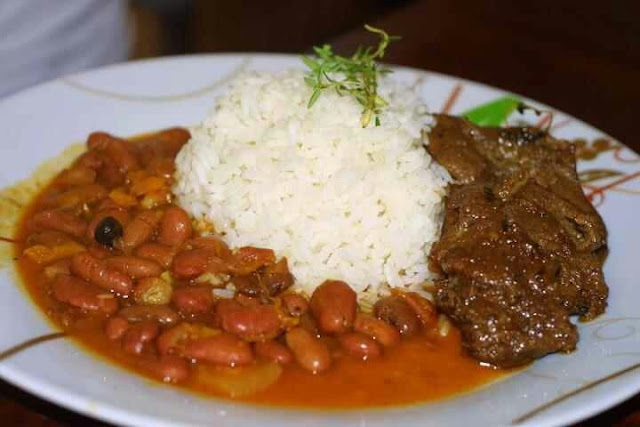 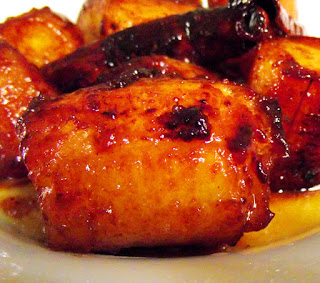 On the fast food side, we have Chimis (The Dominican version of hamburgers), Yaroa (ground beef or chicken over French fries, topped with cheese, ketchup, and mayonnaise) and Tostones with Chicharrón. 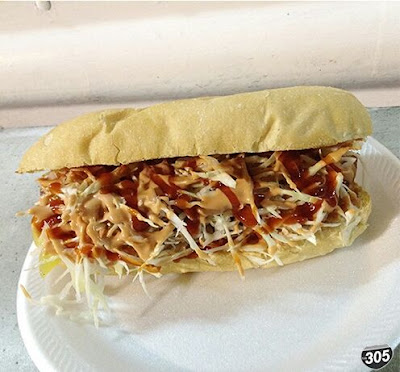 Tell me about any different speech patterns in your country. Slang? Idioms? Words for things such as ''biscuits'' instead of ''cookies?
The main language spoken in DR is Spanish. Given the fact that we share an island with Haiti, a small part of the population and the Haitian immigrants speak Haitian Creole. The second language taught in schools is English, which I don't think is well taught at all. Most schools teach a little bit of French too. As every Spanish-speaking country, we have our own accent and slang. Most urban slang words are either a form of greeting (like ''Queloque''), insults, or come from English. We slur and shorten some words and change the R in some words for an L (like saying ''Goldo'' instead of ''Gordo'' (fat)). We also speak pretty fast. 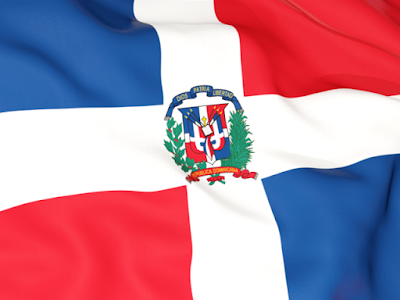 Describe briefly a regular day in you country.
You wake up early, have breakfast, get ready for work or school, and go out. You use either your car, public transportation, or your feet (If you walk to your destination and happen to be a female, you ignore catcallers). You try to avoid traffic jams, which mostly doesn’t work, and buy something from one of the street vendors while you wait. You get to your destination and blah, blah, blah.

Most people have lunch at 12pm. I get out of school at 3:40pm. Rush hour's from 5 to 7pm.  Most Dominican TV channels play soap operas in the evening, then the news. Baseball is a really popular sport and hobby among teenagers. It's not safe to go out late at night if you don't have a car and have money/valuables with you. 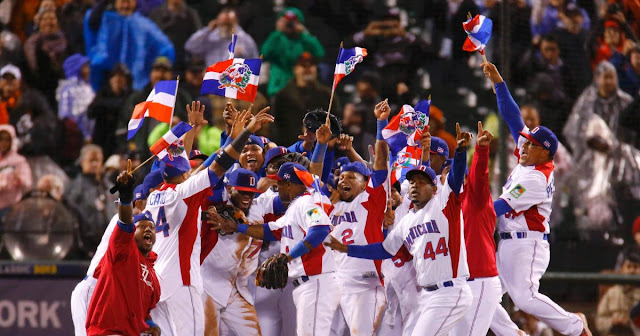 How does your country compare to others, especially the States since my audience is primarily American? Environmentally? Politically? Culturally?
I've been to the United States once and I noticed people are warmer and friendlier here, but that's definitely not the only difference between DR and US. DR only has one time zone, and due to the tropical weather, it's warm the whole year. It is not as safe as the US, like, you shouldn't be using your smartphone while you're outside in order to avoid being robbed.

People here drive like crazy, you won't get a ticket easily so the law is not as respected as it should be. Chauvinism, racism, xenophobia, and homophobia still exist, but thankfully that's been changing a lot lately. You could say it is way less organized than the US: 911 services are not as efficient, education lacks of quality, electricity fails daily, there is more administrative corruption and poverty, and unemployment and homelessness rates are higher. 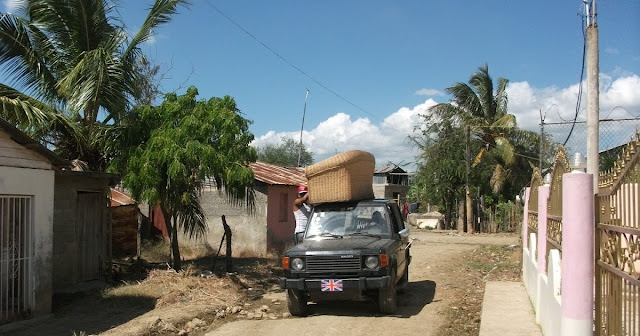 Briefly describe three of your country's historical events that you feel are important.
1. The arrival of the Spanish colony. Christopher Columbus inadvertently landed on the island during his first voyage across the Atlantic in 1492, where his flagship, the Santa Maria, sank after running aground on December 25. A contingent of men were left at an outpost christened La Navidad, on the north coast of present-day Haiti.

2. Declaration of Independence. The Dominican Independence War gave the Dominican Republic autonomy from Haiti on February 27th, 1844 after being united under the Haitian Government for a period of 22 years when the newly independent nation was invaded by Haiti in 1822. The Dominican insurgents defeated Haiti's superior military by using shifting attacks, sabotage, and terrorism.

3. Trujillo's Assassination. Rafael Leonidas Trujillo was shot and killed in May 30, 1961 after 30 years of a dictatorship that ended over 50,000 lives, known as the worst dictatorship of Latin America. 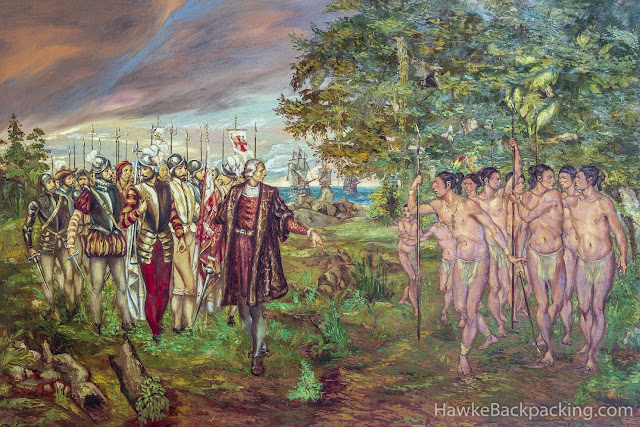 What are some stereotypes about your country that irk you? What media portrays badly in a movie, a book, or a TV show?
I hate it when people thinks the only things Dominicans can do right is drink beer and dance. I mean, we're pretty good dancers, but we don't live under a rock. Just because I'm Dominican doesn’t mean I'm condemned to mediocrity. We're hardworking, and have been oppressed by our governments for so long, but that's changing. People's standing up against corruption, racism, and ignorance. 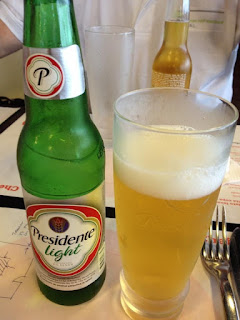 What media portrays your country well be it a movie, a book, a TV show?
I haven't seen many references about DR or Dominicans on TV, and the ones I've seen are kinda shallow. They're mostly about Dominicans being great baseball players and dancers, and Dominican women being good looking. On the internet I've seen many blogs highlighting Dominican food and touristic attractions, which is good I guess. Also, Merengue, a Dominican music genre, has been recently named Cultural Heritage of Humanity by UNESCO. 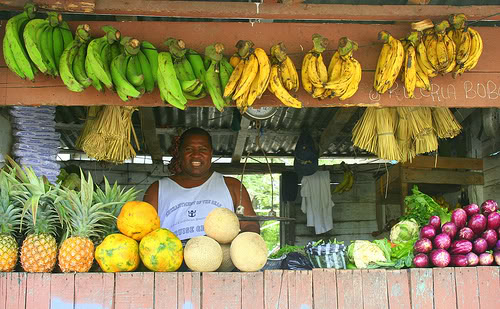 Who are your top three favorite characters native to your country in books, movies, or shows?
1. Enriquillo, from Enriquillo, a novel by Manuel de Jesús Galván.
2. Remigia, from Dos pesos de agua, a tale by Juan Bosch.
3. Susanita, from Lotoman, a movie by Archie Lopez. 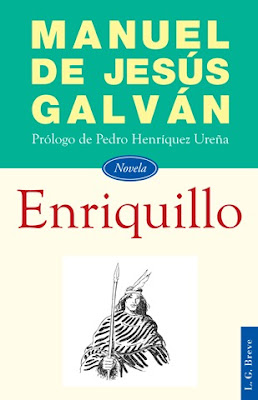 Thank you, Mariela, for this very informative post! I hope everyone enjoyed reading it. Come back next week for So Your Character is from Mexico ...!