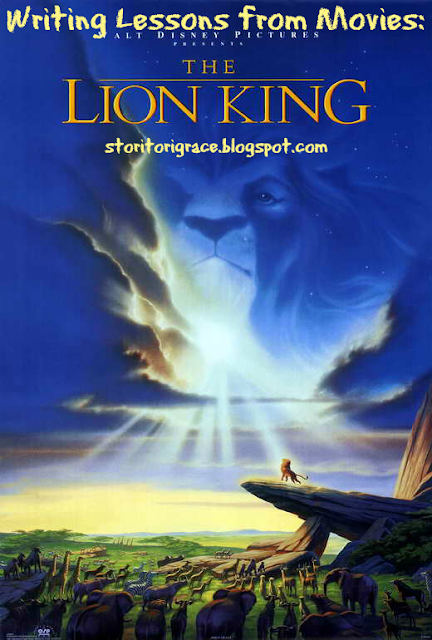 Before Frozen, The Lion King was Disney's highest grossing animated movie to date and it's for good reason! This film has been in the hearts of children for a generation. All of the songs are so memorable and the story is powerful. If you don't know the premise of this movie, you had a crappy childhood. I'm getting right to it!

Warning: Spoilers, but you've seen this already haven't you?

1.) Mufasa's Death - Let's get this elephant in the room out of the way first. Mufasa's death is one of the most powerful Disney deaths ever. You can't help tearing up when seeing him die. There are three things that really make this death hit home. One, Mufasa is a noble, wise king and a loving father. Within the first few minutes of his appearance, you're bonded to him. Two, Mufasa dies saving his son. He plunged headfirst into the situation without a second thought to make sure his child was safe, unknowing that it was a trap for his demise. Three, Simba's reaction. If your heart didn't break at just the sight of Mufasa dying then Simba's innocent and devastate reaction gets you.

How this can be applied to writing: The character himself, the circumstances of the death, and the reaction of a character, all made Mufasa's death stab you in the soul. These three fundamentals should be taken into consideration when you want to really hit someone in the feels with a character death. They can be applied to other powerful deaths as well such as Boromir from the Lord of the Rings (He's a caring man who has a soft spot for hobbits and the strong desire to help his people. He dies protecting Pippin and Merry. And Aragorn's reaction to his death such as taking his bracers for his own and crying in grief.) and Prim from the Hunger Games (Prim is a sweet and wise girl for her age, only wanting to help others. She dies needlessly trying to help the wounded on the battlefield. Katniss's delayed reaction with Buttercup).

2.) A Story Built Around a Lie - The Lion King is built around Scar's lie that it was Simba's fault Mufasa died, that he killed his own father. One lie causes so much turmoil inside poor Simba, making him believe he's a murderer and unworthy to face his family or be king. All of the confidence he had as a child drowns in his guilt. Simba's journey is to face his past and move forward instead of trying to hide from it. Hakuna Matata is only a bandage for Simba's big problem.

How this can be applied to writing: Have you thought of building a story around one lie?

3.) Environmental Dangers as Obstacles for Heroes and Villains - The characters of the Lion King run into a lot of environmental dangers of Africa such as stampedes, thorns, deserts, and drought. A stampede and a desert nearly kill Simba, a thicket of thorns prevents the Hyenas from continuing their pursuit of young Simba, and a drought forces even Scar's allies into dissension. I talk more about this in my post all about the subject. 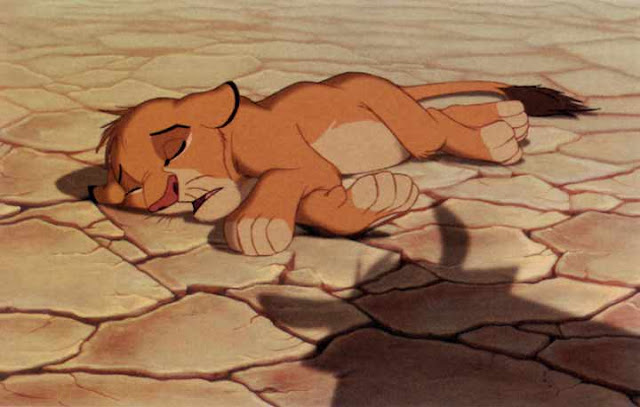 How this can be applied to writing: What environmental dangers have you had your characters encounter?

4.) The Villain Winning for a Time - After Scar kills Mufasa and makes Simba run away, he's won. He gets the kingdom just like he wanted and he's satisfied, but the people and even his own minions aren't.

How this can be applied to writing: Have you thought of having the villain win for a time? What would happen to the characters? Another example is Voldemort taking over The Ministry of Magic and Hogwarts in Harry Potter.

5.) Minions Turning Against the Villain - Scar is a foolish ruler and throws the circle of life out of balance. He allows the land to be exploited and gives nothing back, therefore bringing drought and starvation to the animals. This even puts his allies the hyenas against him. They're hungry just like everyone else is, but it isn't until Scar turns against him and tells Simba that it's the hyenas' fault Mufasa died that the hyenas fully turn against them and when they get a chance, eat him alive.

How this can be applied to writing: Have you thought of having minions bring down the villain? What would make them forsake their leader?

Conclusion -  I'm sure there are even more lessons to be learned from The Lion King, but here are just a few to further say how amazing this film is.