A Book Review of Daybreak by Viktor Arnar Ingolfsson

When the shotgun-blasted body of a goose hunter is discovered, the police believe they have a list of suspects who may have wanted the victim dead, from his young wife to the caretaker of his property. But then a second body, another hunter, is found with a similar fatal wound. And then a third. As the pattern emerges—all goose hunters, all shot at the break of dawn—Reykjavik policemen Gunnar and Birkir face the terrifying possibility that a serial killer is stalking the idyllic Icelandic countryside.

Gunnar and Birkir set a trap for the one they call “the Gander,” but it quickly becomes a wild goose chase as the murderer plays some tricks of his own. With the clock running out and the discovery of another body all but guaranteed, the cops must determine if there is a thread connecting the victims or if the killings are all part of a twisted game.

I received this book as a freebie in my grab bag when I attended the Iceland Writers Retreat in April and I was super excited to read my first book by an Icelandic author. But uh... well ... it wasn't my favorite.


The Plot: The plot dragged ... really bad. I felt like the entire story could have been condensed to like fifty pages. The climax was dragged out by twenty plus pages of exposition that recounted the entire book from the killer's point of view and then the denouement and ending were for maybe half a page. Also at one point, there were two pages about soil excavation before something interesting happened. I really don't care that much about soil excavation. What average reader does? That's seriously one of the most boring things to info dump about. Also, I guessed the killer the scene that he came in.

The Characters: If you want to read a book where the characters have no arcs then this is it. Literally, there are zero character arcs, unless you count the exposition of the killer's negative character arc. In every single point of view (and there were several) there was a 1-3 page info dump on the character's backstory. I never thought that I could care less about a character when knowing their whole backstory, but I seriously cared nothing about these characters. More on that later.

Some of the characters just made completely no sense. There are some "Christian" characters, but unless Icelandic Christians talk super formally and are zealous bigots that promote false doctrine then this is not realistic to how Christians are at all. Also, two guys go absolute bananas over a girl like completely crazy. I don't know why I'm holding back spoilers because I doubt any of you guys will read this, but it makes zero sense. Also, a lot of the female characters have serious potty mouths. What up with that? They swear more than the men do.

The only character I somewhat liked was Emil because he's a writer, quirky, and kinda meta. He gives his friends code names so he can remember who they are and remember their first names like The Ginger Journalist, The Blue Baron, or the German Giant. When Gunnar recalls an unlikely event, Emil tells him how that's not good story material because it's not probable to happen in real life. Exactly, Emil. Exactly.

The Setting: The only thing I really liked about this book was the Icelandic setting. I liked getting an insider's point of view of Icelandic culture and scenery. Little details like characters eating dried fish as a snack or how Icelanders like to swim. There's also neat mentions of scenery and locations I went to when I was in Iceland like the tunnel under the Hjalfjodur. There was also a really neat location that involved lava pillars called Dimmuborgir.

However, there were some Icelandic laws that I didn't get. Maybe they're inaccurate. I don't know. If you're Icelandic and reading this let me know in the comments. At one point the justice minister just bans goose hunting because a killer is targeting hunters, just like that. No votes. No legislation. Just boom no more hunting. That would not fly in the USA. Also, a character calls the paper about a lesbian character who's a suspect in the case then the police just arrest her? How does a newspaper article gathered from a random tip give someone warrants to arrest another person?

Epic Things: That it's set in Iceland?

The Theme: I don't really know?

Content Cautions: There was an unnecessary amount of content in this book. Starting with the violence, a dog is killed, a guy's leg is blown off with a shotgun, a guy's head is blown off by a shotgun, a guy commits suicide and severs his own head (Why this was necessary to mention I don't know. It didn't progress the plot at all.), a farmer talks while cleaning a lamb,

Characters drink a good bit and talk about how they go to sleep drunk.

Backstory Doesn't Make You Automatically Bond with a Character - As I mentioned above during the first point of view of any character was a loooooong dump of exposition. It was basically like reading a Wikipedia entry of each character. You find out about their parents, what sports they like, what university they went to, but ... I honestly did not care. When I read someone's bio on a Wikipedia page for like a historical figure or something, I really don't bond with that person. I bond with that person when you show me how their backstory affects them in their day to day life. There's this whole long spiel about Birkir's Vietnamese backstory that never ever comes into play in the plot. I know everything about this guy from his daily routine to his history to what he likes to eat for breakfast but there was no bond.

How this can be applied to writing: Telling your reader to characters' backstory doesn't automatically make your reader love them. How does their backstory affect them? What elements from their backstory can you dig up and incorporate into the plot? Zuko has a backstory with a terrifying younger sister. That's nice, but it doesn't truly become relevant until this sister becomes his enemy in his current life.

Conclusion: The only reason why I don't totally hate this book is because of the setting. I know this is really harsh but ... read this book if you want to know how not to write. 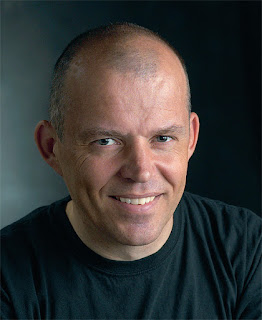 About the Author: Viktor Arnar Ingolfsson was born in Akureyri in the north of Iceland on April 12, 1955. He finished his B.Sc.degree in civil engineering from The Icelandic College of Engineering and Technology (ICET), in 1983. He has taken courses in script writing run by the Icelandic Film Producers and at the Institute for Continuing Education at the University of Iceland. In 1990 and again in 1995 Ingolfsson attended classes in Public Relations at the George Washington University in Washington DC. Ingolfsson started working for the Icelandic Road Administration during his summer vacations from school 1969, and has worked there full time since 1983. Since 1985 he has supervised the institution's publications and contributed to Public Relations.

Viktor Arnar has published six mysteries, the fifth of which, "Daybreak" in 2005, was the basis for the Icelandic TV series "Hunting Men," which premiered in 2008. His short stories have appeared in magazines and collections. His third novel, "Engin Spor" ("House of Evidence"), was nominated for the Glass Key prize, an award given by the Crime Writers Association of Scandinavia, in 2001, and "Flateyjargáta" ("The Flatey Enigma") was nominated for the same prize in 2004.