How Middle Earth: Shadow of Mordor Does Fan Fiction Right 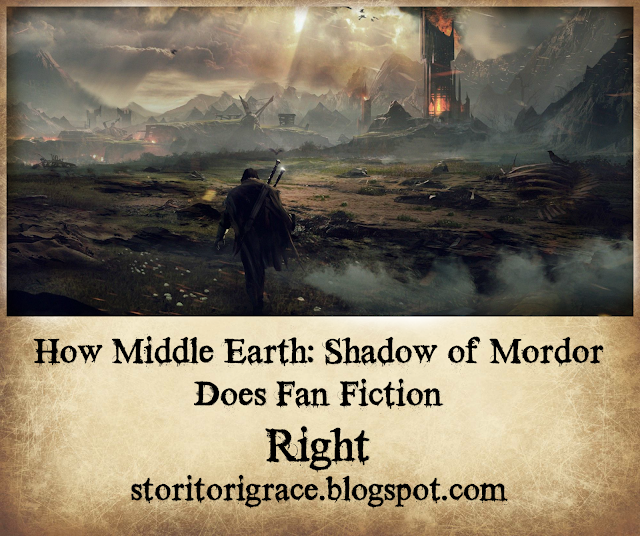 I've never been that crazy about fan fiction. Mostly it's wrapped up in retconning points in the plot that people didn't like or shipping two characters that didn't sail in the show/movie/video game. I had a friend who did fanfic of How to Train Your Dragon which included changing all of the characters' names (Like Hiccup to Sven) and I'm like ... why? Which is one reason why I haven't played Shadow of Mordor until last month--the other reason was I didn't have a PS4, but that's beside the point. I could have watched the YouTube gameplay if I really wanted to.

I'm a big fan of Tolkien's works and I did not want to play a game where the canon was shredded and things were retconned. But one of my best friends who watched her husband play it convinced me that it was good, so I bought it last month on sale at GameStop and ... I loved it. Hence the focus of the post. Not much of a plot twist. But I played this game and thought it would totally get Tolkien's approval and should be a model for anyone who wants to write good quality fan fiction that hardcore fans of the source material will really enjoy.

Middle Earth: Shadow of Mordor centers around Tallion, a Gondorian ranger, who was killed along with his family in a blood ritual by the Hand of Sauron. But he wakes up alive in Mordor, sharing his body with the spirit of the elf Celebrimbor whose family was killed like Tallion's. Using the wraith-like powers granted to Tallion by Celebrimbor the two seek to thwart Sauron in any way they can and exact revenge on the Black Hand.

Warning: Some spoilers unless you read the Silmarillion then you know most of them already.


1.) Finding a Gap in the Story - There is a fifty-year gap between the Hobbit and the Lord of the Rings. That's a large span of time. So much can happen and did happen during that time, such as Aragorn searching for Gollum and Legolas and Aragorn becoming friends. But this was also prime time for an original story to take place. There's plenty of tension going on what with Sauron's power growing. In the books, we don't see much of what is going on exactly with Gondor in their fight against the dark power until The Two Towers. In this story, we see more of Gondor and their struggle against Mordor and how Mordor has slowly encroached on Gondorian lands and destroyed the lives of common folk.

There are so many gaps in other stories that can be expanded upon such as Iroh's time in the spirit world in Avatar: The Last Airbender or Malcolm Reynold's past before he became a Browncoat or what happened exactly to District 13 in The Hunger Games.

2.) Creating Original Content Loyal to Canon - The characters Talion, Ratbag, The Black Hand, Lithariel, and Hirgon were not Tolkien's characters nor were caragors and graugs creatures created by Tolkien. But all of these beings were created in the essence of Tolkien's works. Their names are derived from Sindarin such as graug means " "a powerful, hostile and terrible creature, a demon" and caragor means "row of teeth" and "bringer of fear."  Middle Earth is such a big world, of course, more creatures can exist than that in the Lord of the Rings and the Hobbit just none of the characters could have stumbled upon them. And of course, there are more people than just our wonderful Bilbo Baggins and the Fellowship. ;)  The orcs could have certainly taken slaves. They're evil enough and certainly some humans would fight back. Sauron has the Mouth of Sauron. Why not a Hand at some point too?

Tolkien created such a big world that there's plenty to build upon. All of these headcanon elements kept to the essence of the Lord of the Rings and none of them felt out of place in the story world.

Other worlds have so much to expand upon. What other half and half creatures are there in ATLA? What other mutants are there in X-Men? What has happened to other humans who stumbled upon the Bathhouse in Spirited Away?

3.) Using Well-Known and Lesser Known Characters - Shadow of Mordor uses several canon characters including Gollum, Celebrimbor, Sauron himself, and it even mentions the two blue wizards. The more well-known characters like Gollum and Sauron give a sense of familiarity to the world, while Celebrimbor and the Blue Wizards add an air of mystery since they're characters many fans know little about. Familiarity and mystery were two wonderful components in this game. There's so much many don't know about Middle Earth. 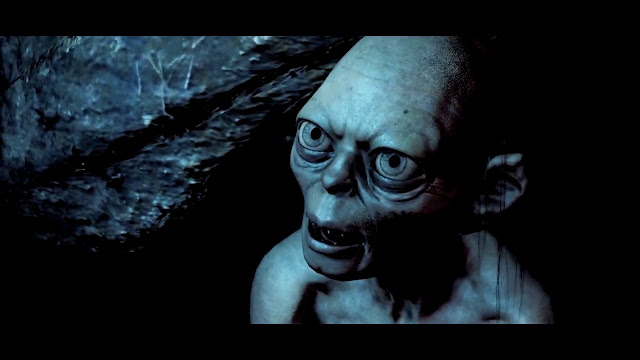 4.) Taking Creative License that Doesn't Effect Canon -  Like many film adaptions sometimes there are some changes in the character backstory or plot. The plot is all original here, so no changes there, but Celebrimbor's backstory was slightly changed. It honestly gave him even more importance than he already had. In canon, Celebrimbor forged the three magic rings for elves, but in the game, he forged all of the rings and helped with the final touches of the one ring. In canon, Sauron does murder Celebrimbor but in the game, his death is even more agonizing.

The creators also expanded on orc culture, showing how they choose their leaders, what they do in their free time, and so on, creating even more depth for that facet of Middle Earth. 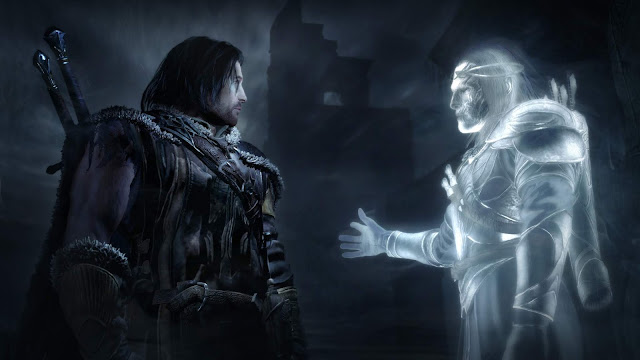 Conclusion - Fan-fiction can be a really fun writing exercise. Fan-fiction is also fun to write how you wanted the story to go, but the best fan-fiction expands on what is there in a way that can fit into the canon seamlessly. And who knows? If you write something this good, you may get a video game made for it. ;)


Have you played Shadow of Mordor? Have you ever written fan fiction? What type of fan fiction do you like the best?

You may also like:
Writing Accents with Milo Thatch
Pixar and Standalones: When Sequels Work and When They Don't
New Vs. Old Dystopian Regimes
Utopian versus Dystopian: A Look at Two Societies
Harry Potter and Pacing: Why I Believe the Movies Did a Better Job