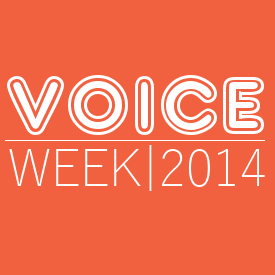 It's day two for Voice Week! This week I'm posting a small bit from the point of view of different characters from my science-fiction series Subsapien doing a scene each day for five days to strengthen the voice of each character. The voice of the character is the individual thought pattern of the character and how they see the world. Yesterday, I posted a small bit with Bryce and today I'm going with Matt. Snippets from the point of views of Ingrid, Emil, and Brian will be posted over the week too. ^ ^


Matt sat on the floor, staring at the one-way glass window in the white test room, his yellow, cat tail curled around his lower back and ankles. When would they let him see Bryce? Was his brother okay?

The invisible door opened on the window wall and Matt’s handler set a bowl of what looked like snowballs on the floor. Then he left.

Matt cocked his head. Why would they give him snowballs? He crawled closer and sniffed. They smelled creamy like milk, but sweeter and with no scent of drugs. What were these for? They were stacked almost like a snowman Brian showed him pictures of once. Tiny flecks speckled them almost like bits of coal.

He touched it with his finger. It was cold but not icy like snow. Could it be food? Frozen milk? He licked is finger. So good! It tasted like nothing he’d ever been fed before. If only he could save some for Bryce.

What do you think of the excerpt? Have you done Voice Week? Links?
If you liked this post, come back every Saturday for more writing advice, character interviews, book reviews and more! On Sundays I have Soundtrack Sundays where I post a new score piece, Tuesdays are Tea Tuesdays with tea reviews, Wednesdays I have Wonderful Word Wednesdays where I post a new vocabulary word, and Fridays are Fan Fridays where I post tags and other goodies. To help support my dream to be an author follow this blog, like me on Facebook, watch me on deviantART, and follow me on Pinterest and Twitter. If you want to know more about my books check out them out here. Thank you! :)