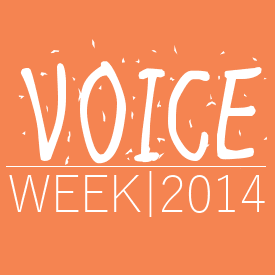 It's day four for Voice Week! This week I'm posting a small bit from the point of view of different characters characters from my science-fiction series Subsapien. I'm doing a scene each day for five days to try to strengthen the voice of each character. The voice is the individual thought pattern of the character and how they see the world. I've already posted snippets from Bryce's, Matt's and Ingrid's points of views. Today I'm doing Emil. ^ ^ The last snippet will be from Brian's point of view!


Emil sat on the floor of the test room, tapping the back of his head against the padded wall over and over again. His stomach growled for the millionth time. When were the grens gonna feed him?

The door opened just long enough for his handler set a bowl of white mushy balls the size of little Ashlyn’s fists on the floor before it shut again.

He sniffed. Food? He crawled over to it. Creamy, white stuff that smelled like milk. No drug smell. It looked like food. Milk is food. He grabbed a handful of it with his meaty hand. Cold food. It began to melt in his fingers, getting his hand all sticky. Better eat it fast. He shoved it in his mouth. A lot of the white stuff smeared on his cheeks, lips, and nose.

A piercing headache jabbed his brain. The cold numbed his tongue. He pressed the heel of his hand to his temple. My brain is in pain.

Well, at least it made him less hungry.


What do you think of the excerpt? Have you done Voice Week? Links?