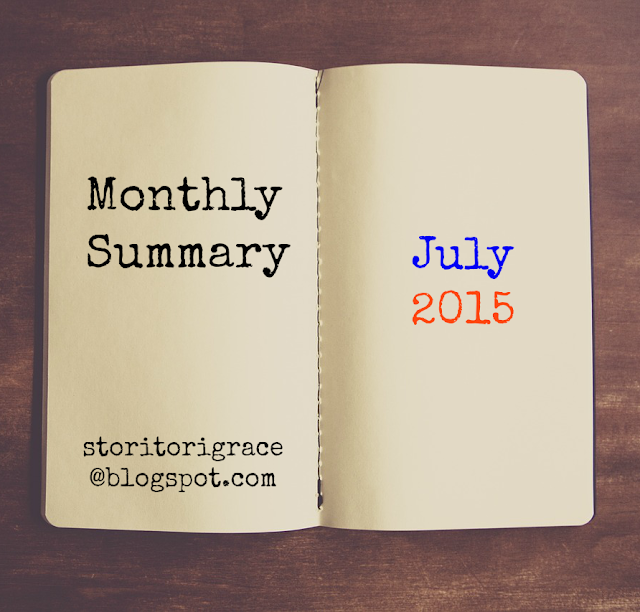 This month was far more chill than the past two or three have been--when it comes to going places. The majority of July has been consumed by editing. It was one of those all-work months. XD

1.) I have been editing nearly every day for 2-6 hours, but I have finished microediting Red Hood! YEAHHHHHHHHH! Now I'm looking over beta feedback which I've been getting back in sections. More of that to be explained later. I'm also doing Camp NaNo again and finishing the Subsapien Biomech rewrite! Woot! Woot! I'll finally be done with it this month!


2.) I celebrated the Fourth of July in downtown Marietta with my mom and I had a great time. I ate at the Australian bakery for dinner. So fitting, right? ;)


3.) I finished Failstate: Nemesis and I loved it! Review coming soon. 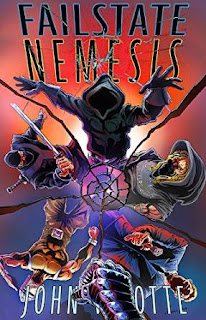 4.) Now since I'm gearing this blog toward writer geeks, I've decided to add a new segment to the "What I Did" section: The Geeky Department. In the geeky department ... I saw Ant-Man and loved it. It was hilarious. I'm currently watching the 100 which I'm still indecisive about because I like the plot except for some of the character deaths ... More bad things than good things tend to happen and it's not very balanced. I've also been watching Hetalia which has had me laughing during short editing breaks. Germany and Britain are my favorite.

5.) Due to editing eating my life, drawing has had to take a backseat, but I'm still sketching away at my latest piece and I'm banking on finishing it before this month ends to keep up with my New Years Resolution to do at least one drawing every month all year! I'll post it when I finish it! 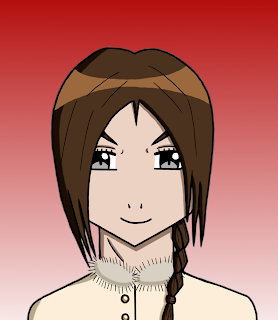 (Bonus) I'm guest posting on two blogs this month and they both happen to be falling on the 29th. *headdesk* I'll get back to you guys with links, but they are about word choice and my writing space!

UPDATE: Here is the guest post on Backing Books! And here's my other one on Pages from my Journal!

1.) Chai Tea + Laptop Don't Mix - Due to this unfortunate discovery, my editing deadline got setback a week for I fell behind while waiting to get a new keyboard. My data is fine, thank the Lord. I recommend keeping all drinks outside of a one foot radius around one's laptop.

2.) Editing Takes A Lot of Time - I don't necessarily mind the process of editing. I like rearranging sentences to make them sound better and all that jazz, but the amount of time it takes can be a bother. It takes me 2-4 hours to edit 12 pages. Granted I go through them very thoroughly. Still it's a lot of time. It ate up much of my chilling and drawing time this month. So know when you're going to edit a book, it's going to take a while. You don't want to speed through it because you could miss something.


3.) I Can Type Pretty Darn Fast - While also hammering away at Subsapien Biomech, I've realized I can type pretty darn fast when I set my mind to it. 80 words per minute in fact. I felt pretty proud of myself until I found out people I know can do 110 words per minute. XD

4.) My Beta System is Working - So over a month ago I came up with this grand scheme to get my editing done in an efficient way since I'm on a tight schedule to get Red Hood ready for the professionals who have requested it. Miraculously, it's working.

Here's the scoop. I picked six betas, friends of mine of different levels of friendship who have or haven't read the book before who are writers and some who are not writers. I edited the book in sections and sent them 5-6 chapters at a time so while I'm editing the next sections they're going through what I've already done. That way, I can get the chapters back the fastest. So now I'm going through all of the critique feedback and I'm able to look at everyone's critique at the same time so I can pick and choose what I want and such. It's working pretty well and I'm very happy.

5.) My Betas are Awesome - I picked the best betas. Like quoted in Indiana Jones: The Last Crusade, choose wisely. Picking the right betas can make or break your feedback experience, and I'm happy to report I did indeed choose wisely this time. Each of my betas has different advice and focuses on different aspects of the story. Sometimes they give opinions on the same thing, so I can choose which advise I want to take. I feel so blessed by them. I love you, betas!

2.) I'm going to Realm Makers in less than two weeks! Realm Makers is a speculative fiction writers conference hosted in St. Louis, Missouri. First plane ride on my own, first time in St. Louis, and first time at this conference! Lots of firsts! I'll be attending classes there, meeting authors, buying books and getting said authors to sign them, and also pitching to editors and agents! 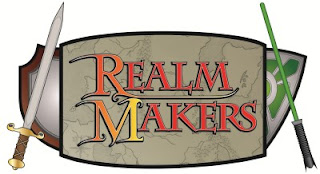 3.) I'm still working on my Expressions Challenge for drawing this year which I'll hopefully have more time for now that microediting Red Hood is past. I'm hoping next month to do Able and Ingrid from Subsapien.

4.) I'm currently reading Omega Dragon by Bryan Davis and the Judgement Stone by Robert Liparulo (who's coming to Realm Makers!), and I'm hoping to start Viral Execution by Amanda Davis and the Revised Life of Ellie Sweet by Stephanie Morrill (Genre switch yes, but I read her blog all the time. I need read her books now. XD) next month. 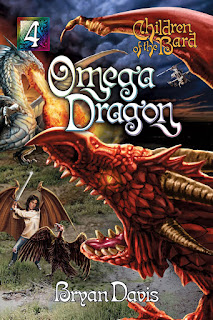 5.) When I get Red Hood completely edited in hopefully August, I'm going to send it and the Subsapien chapters off to the publishers and agent who requested it in February. So exciting! But so nerve-wracking! XD

A giveaway I hosted during my Third Bloggy Birthday Bash! And the winner of said giveaway is ...

I will be getting into contact to you about your prize if I haven't already. ^ ^ Check your email! 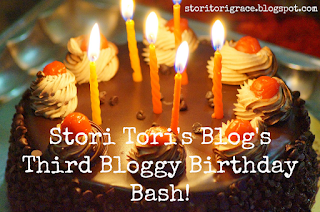 2.) How to Handle Critique - This post got surprisingly popular. So many comments from people who have critiqued or been critiqued or both!

3.) Third Bloggy Birthday Bash: Special Surprise Video - In this post I showed you all a video I made with some wonderful fellows who volunteered their voice talent to say some of my characters' lines! One is a real actor!

4.) Writing Lessons from Anime: RWBY - A post where I talk about the awesomeness of RWBY and what this show can teach us about writing.

Next month's Tea Tuesdays will be more oolongs from Tea Ave!

August 1 - So Your Character is from the South - This is a post where I talk about the Southern United States and debunk some common myths to give you a crash course for your Southern charries.

August 7 - I'll be calling for questions for my character Bethia from Red Hood! Her interview will come two weeks later. She comes more in the second book of the trilogy so I need to get to know her more. ^ ^


August 8 - I'm posting a book review of the Seventh Door by Bryan Davis.

August 15 - I'll give my report on how Realm Makers went.

August 22 - Writing Lessons from Movies: Jumanji - In this post, I'll talk about the amazing writing lessons we can learn from this classic.


Though this month didn't have as many flashy activities as the previous ones, I did learn much and I'm finally creating a writing process that works, works as in gets book finished effectively and efficiently. I'm all for those two "effs." Hopefully all of this hard work will come to fruition in the coming months when I submit and pitch material to agents and editors! *crosses fingers*


How was your month? What did you do? Did you see Ant-Man? Have you seen Hetalia or the 100? How was your Fourth of July? Are you going to Realm Makers? Are you looking forward to any of the upcoming posts?