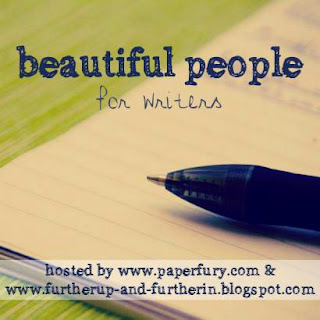 Emil and Bryce are two characters from my science-fiction series, Subsapien. Bryce is the main character and Emil is his first mate. They've both been through thick and thin with each other and are both part of a superhuman race called Subsapiens. If you'd like to participate in this link-up yourself, check out either Paperfury or Further Up and Further In to see how. Here we go! 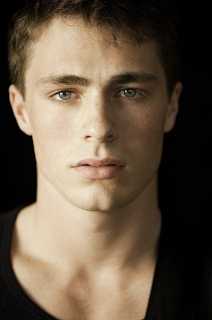 1. How long have they known each other, and how close are they?
Bryce and Emil have known each other since Bryce was eleven and Emil ten so six years now. They're very close. Emil is the only person that Bryce will tell his deepest darkest secrets too, ones he won't even tell his little brother Matt.

2. What’s their earliest memory of being best friends?
Though they met in their tweens, they didn't become best friends until later on when Bryce was fifteen and Emil fourteen.

3. Do they fight? How long do they typically fight for?
They've fought both physically and verbally. They had a gap in their friendship for a few years when Emil was given so many drugs he couldn't even recognize people he was close to, so they were forced to fight physically. Nowadays they can't stay mad at each other for long.

4. Are their personalities similar or do they compliment each other?
They're similar in ways and different in others. Bryce is introverted and Emil is very, very extroverted. Emil helps Bryce relaxed and Bryce helps center Emil. They're both very noble and care about the younger kids they've taken under their wings (figuratively in these two's instance. ;) ). They compliment each other well. They also tend to be really dirty around each other. The day I discovered that was an interesting one. XD

5. Who is the leader of their friendship (if anyone)?
Bryce definitely. Emil looks up to Bryce even though Emil is physically taller than him. Emil has copied a lot of Bryce's lifestyle habits to help recover from his past. 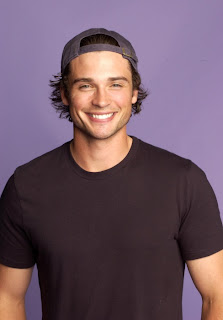 6. Do have any secrets from each other?
Not many. They're the only ones in each other's lives that actually knows everything about the other.

7. How well do they know each other’s quirks and habits?
Very well. They can tell if the other one is lying or upset and things like that.

8. What kind of things do they like to do together?
Sports, video games, movies ... Typical boy things. They'll fight at each other's sides if needed.

9. Describe each character’s fashion style (use pictures if you’d like!) How are their styles different/similar?
Bryce has a very plain sense of fashion. He wears jeans and a plain t-shirt that's either black, gray, brown, or white with a jean or leather jacket and comfortable running shoes. He doesn't care for anything with much color nor jewelry or hats.

Emil on the other hand likes bright colors and graphic t-shirts, preferably ones that are a bit tight on him for showing off his muscles. He'll wear jeans, khakis, or camo pants, and he likes having a watch or necklaces. Occasionally he'll wear hats. 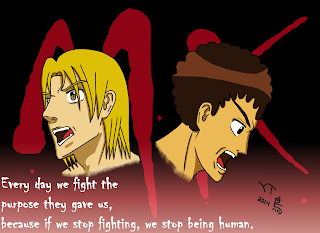