A Book Review of Orphan's Song by Gillian Bronte Adams


Who Will Keep the Song Alive? Every generation has a Songkeeper – one chosen to keep the memory of the Song alive. And in every generation, there are those who seek to destroy the chosen one. When Birdie's song draws the attention of a dangerous Khelari soldier, she is kidnapped and thrust into a world of ancient secrets and betrayals. Rescued by her old friend, traveling peddler Amos McElhenny, Birdie flees the clutches of her enemies in pursuit of the truth behind the Song’s power. Ky is a street–wise thief and a member of the Underground—a group of orphans banded together to survive . . . and to fight the Khelari. Haunted by a tragic raid, Ky joins Birdie and Amos in hopes of a new life beyond the reach of the soldiers. But the enemy is closing in, and when Amos’ shadowed past threatens to undo them all, Birdie is forced to face the destiny that awaits her as the Songkeeper of Leira. Book one of the Songkeeper Chronicles.

Two years ago, I did I actually did a cover reveal for this book for Gillian way back when when I just knew her from Go Teen Writers. Last year I met Gillian at Realm Makers and I'm very excited to be on her launch team for the sequel to this series. While at Realm Makers I got a copy of the book and now I've finally gotten to reviewing it!
The Plot: The plot is similar to a stereotypical chosen one plot, but with lots of elements that make it stand out. The story goes into three main point of views: Birdie, Amos, and Ky. So we have the point of views of the chosen one, the mentor, and an antihero. In the end the plot centralizes around Birdie though since she's the legendary songkeeper. There's lots of fantasy action, politics, and rebellions with a few twists along the way.

The Characters: Birdie is the youngest of the band. She's only twelve, kind, timid, and deprived because of her time growing up with the mean madame of the Sylvan Inn. I like her inner strength though. She may not be kick butt, but she's brave in other ways.

Amos is a retired soldier with a checkered past that haunts him. He also has a Scottish accent which is really fun. His insults and swears remind me a bit of Trumpkin.
Ky is a thief raised in an underground world that reminds me a bit of the forty thieves who strives to rebel against the Khelari. I think he's my favorite because he reminds me a bit of my character Bryce.

Other characters include dwarves named Jirkar and Nisus, a talking cat named George, a griffin named Gundrhold, a harsh thief named Dizzier, and an evil knight named Carthartan. All of the characters were varied and I especially enjoyed the animal characters. I love those, especially griffins yessssssssss. There's also Kurt and Miles the mean little boys Birdie lives with. Basically I want to hit them with a switch on their little backsides.

The Setting: The book is set in a different world. I love how Gillian reminds us of that by not having standard vegetation but making up her own like zoar trees. I haven't seen too much of the world yet, but I know there are a lot of Scottish people, magic, and griffins. Any world with those three things is a place I'd like to visit.

Epic Things: Griffinnnnnssssss! I love griffins so much. XD Birdie's song power is really cool. I don't full understand it yet, but I can imagine how cool it will get. I also like that Nisus taught Birdie how to use a crossbow. Crossbows don't get much love.

The Theme: The most resonating theme had to be breaking through one's past. Birdie grew up being told she was a worthless crazy girl. She learns that she has worth. Amos has a bloody past. He learned he can be a good man. Ky was taught to only think of himself. He learns to sacrifice for others.

Content Cautions: Like most fantasies there is magic. There are several fantasy battle sequences. Characters stab and shoot one another. One character falls and breaks some bones.

How this can be applied to writing: Have you ever attempted to write in the point of view of an animal? If the animal is real study the movements of the animal in real life by videos or in person observation.

2.) Reminding Us That We're In Another World - When you have a fantasy world that is similar to the real world in a lot of ways, it's good to have little reminders to ground the reader that they're still in a fantasy world. Gillian does this by subtle things such as plant life like zoar trees and dragon's tongue flowers.

How this can be applied to writing: It's more work to create new fauna and flora for your fantasy world, but it can pay off in the effect of making your readers feel more like they've been transported to another world.

Conclusion: Orphan's Song is an interesting tale sat in an interesting world. The plot is intriguing and I love the inclusion of griffins. Four stars! 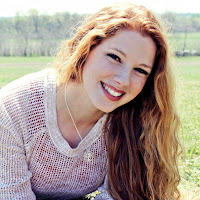 Gillian Bronte Adams was born with a pen in her hand, a sword at her side, and a saddle beneath her feet. As a speculative fiction writer from the great state of Texas, she delights in combining epic adventure and fantasy with themes that point to the greatest story of all—or, as she refers to it, writing to the echoes of eternity. During the day, she works as the Equine Director at a Christian youth camp, while at night, she kicks off her boots and spurs and transforms into a novelist. You can find out more at her on her blog, Facebook, Twitter, and Goodreads.


Do you want a chance to read this book? You can win an ebook copy of your choice over at the giveaway!