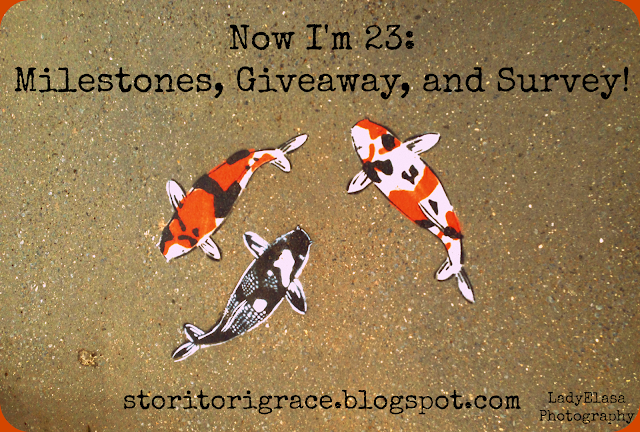 Welcome to Wanderer's Pen the new name for Stori Tori's Blog! I figure since I'm now a year older, I should give my blog a bit of a make over. ^ ^ I wanted to give it a name that captures the new direction I want it to go in and after much deliberation I decided on this one, the perfect mixture of writing, geek, and a bit of traveling.

My birthday was Wednesday and I had a  fun time with my friend Richard in downtown Atlanta. We went to some artsy parts of town, looked around in shops, I tried duck for the first time at a Chinese restaurant, and I had some delicious pistachio and honey lavender gelato. Gelato is my favorite ice cream-like food.

When I got home, I webcammed with a friend to open his gift and I got a Peeta Pop!. My Pop! family is growing. Then at the end of day I had Chick-fil-A with my mom and opened one more presents: the next Miss Peregrine's book! Then spontaneously I watched the movie 9 while drawing which is a very weird movie ... I'm looking forward to having some friends over this weekend and a little birthday party thing we're doing. I may update this post with pics from that. If not they'll be in the Monthly Summary.


Milestones I Hit in My 22nd Year:


1.) My Blog Has Tripled Since Last April - It's pretty crazy how much my blog has grown in just a year. I'm amazed. I love being able to talk to all you lovely people and I love writing posts that you guys like to read, especially the growing So Your Character is From Another Country posts and my geeky analyses posts. Last April is also when I did my first Monthly Summary. I didn't think people much cared about reading about my life, but they turn out to be some of my post popular posts. ^ ^

Pageviews: My monthly pageviews have jumped from maybe 1,000 views a month to over 3,000!
Top Post Viewed: How Can Characters be Powerful If They're Not Real? post has gotten crazy popular at 1,300 direct views and growing. Mind blown.
Comments: Before April 2015, I had 439 comments total over like three years. Pretty lame. Since April 2015, I've gotten 1,216 comments! What a jump! Blogging is so much funner when you have people to talk to. ^ ^
Followers on the Blog: Across Google Friend Connect, Blog Lovin', and by email I have 164 followers! Whoooooa!
Followers on Social Media: 303 likes on Facebook, 236 followers on Twitter, and 336 followers on Pinterest!

This isn't to brag, because none of this would be possible without you guys. I'm touched that so many people have wanted to read what I write on this humble little blog. Thank you, everyone, for following me and supporting me in my dream!

2.) I Got My Yellow Belt in Kung Fu - Last year was a bit tumultuous when it came to Kung Fu, so I was afraid I wasn't going to get this belt, but I'm really happy to announce I did. I'm slowly moving up the Kung Fu ranks! 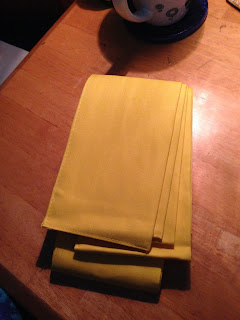 3.) I Cosplayed as Katniss Everdeen - I've been wanting to do this cosplay for years since I've had so many people say I look like Jennifer Lawrence. I even had someone pull me aside at DragonCon and tell me I had to cosplay as her. I'm glad you have finally been able to do it! 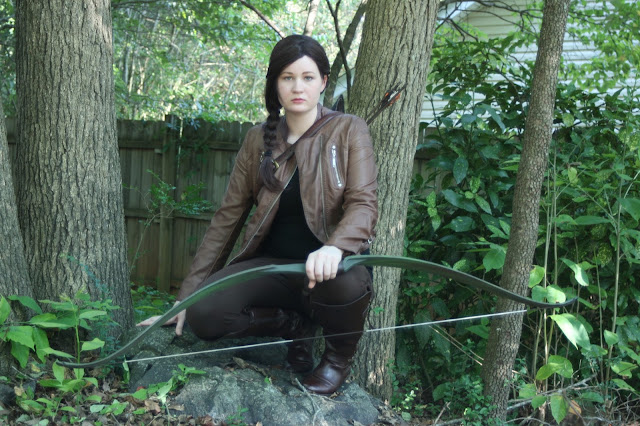 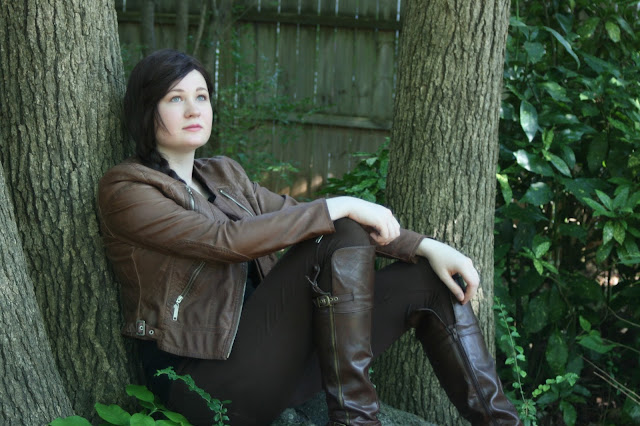 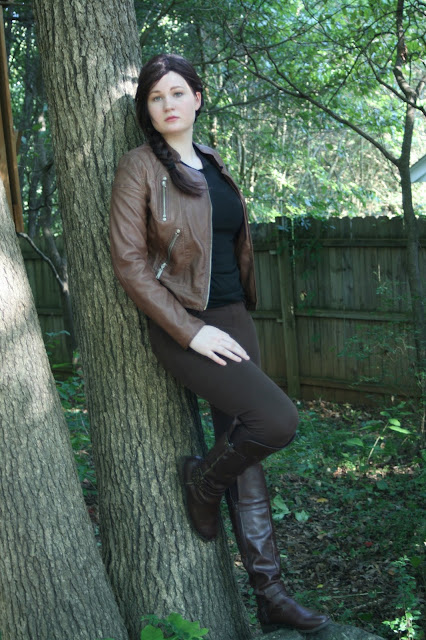 4.) I Skiied for the For the First Time - In January, I skiied for the first time ever! This is some thing I've been wanting to do for years, and I'm so happy to have finally been able to do it. It's both fun and scary. XD 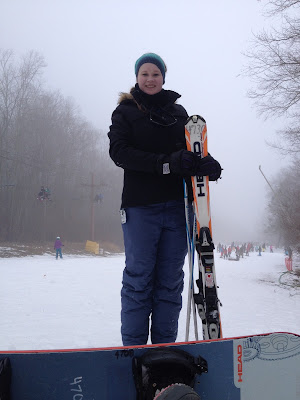 5.) I Won Camp NaNo for the First Time (Twice) - I'd never done CampNaNo last year before, so I gave it a shot and won both times while rewriting Red Hood in April and Subsapien Biomech in July! 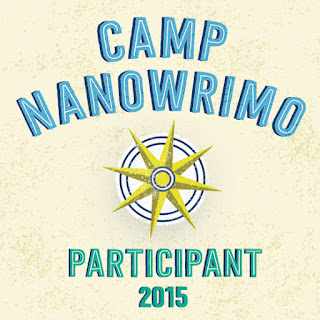 6.) I Met a New York Times Bestselling Author for the First Time - Last December I had the awesome opportunity to meet author James Dashner! I've been a fan of his since high school and the Maze Runner books helped get me into sci-fi. It was so cool to finally meet him!


7.) I Traveled to Another Conference in St. Louis, Missouri for the First Time - I'd never been to Missouri and I'd never been to another conference besides FCWC, so this was a big step for me to go to new territory. I hadn't taken a plane ride in three years, so that was interesting too. I had a great time at Realm Makers and I pitched to some publishers and agents!

8.) I Traveled to Canada for the First Time - I hadn't been out of the country since France in 2012, so I was so excited to travel to Canada and meet one of my best friends and blogger at Dimensions of My Universe Cassia Schaar! I had a great ten days in Canada seeing the Rocky Mountains, opening Kinder Eggs for the first time, and skiing again!

9.) I Got the Closest to Having a Novel Published I've Even Been - In October of last year a publisher told me he was taking Red Hood to the board to be decided if the house was going to publish it or not. They ended up saying no right after Christmas which was really disappointing. Still it was the closest to being published I've gotten. Maybe next time I'm considered I'll make it past that finish line!

10.) I Got Published in a Magazine - But ... A few months after hearing that not-so-good news, I got published in Splickety Havok Magazine, so now I'm officially a published author! Whoo hoo! :D :D :D This is also a big booster for any proposals, pitches, and queries I write from hence forth. ^ ^ The magazine comes out on April 15th and I'll be able to hold my published writing in my hands! 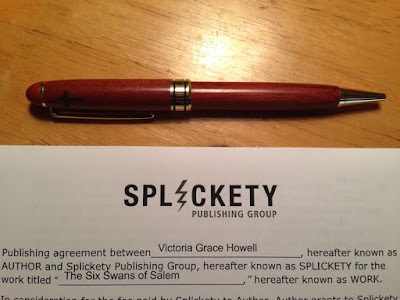 My family had a tradition growing up that my sister and I would give each other gifts on each other's birthdays, so I'm continuing this by giving you all a gift!


A hardcopy of Splickety Magazine April 2016 issue - The magazine I've been published in so you can read my first published short story ever.


An ebook $10 or less -  So you can read one of the books I've reviewed or one you've been dying to read for a while.
A free song $1.29 or less on iTunes - So you have a tune to listen to while reading.
A small package of Brigadoon's Breakfast tea - Since I have a large package of the elusive Brigadoon's Breakfast Tea, I've decided to give some of it away to one lucky winner! This tea won't be available for sale again until 2020, so this is your chance to try this rare tea from AdagioTeas!

2.) Enter the Usual Way - Use the Rafflecopter to enter by liking me on Facebook, following me on Twitter, following this blog, commenting, or taking the survey to improve the performance of the blog. You have to actually do either of these things or your entry if drawn will be invalid. All information will be kept private. The only time it will be used is so I can email you if you've won!

3.) Test Your Geeky Knowledge to Rack Up More Entries - We're going to play a game with my new header image! There are eight symbols of fandoms depicted on that pen from six different fandoms, each of varying difficulties. If you can tell me what the fandom is of any number of these symbols are in the Rafflecopter giveaway you will rack up points for however many you can guess correctly (You can ear 1-5 entries per correct guess)! There's also a bonus entry if you can guess what all three hidden Tolkien symbols are. If any of your answers are wrong the entry if drawn won't count, so study hard!

I'm putting a high resolution image into this post so you can really get a good look at it. Feel free to save it to your computer/tablet/phone so you can zoom up close. I have a tendency to really detail my drawings. ;) 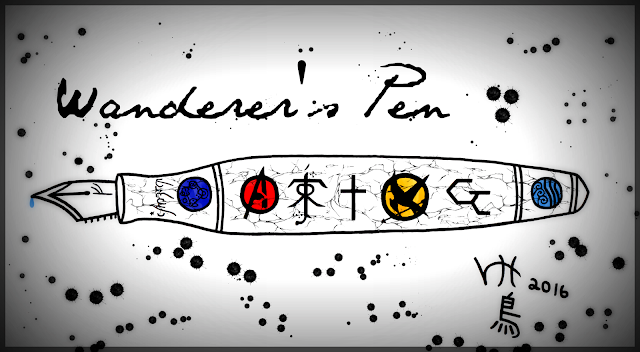 
Thanks, everyone, for making my 22nd year awesome! And I can't wait to get to know you better in my 23rd! Thanks for reading. ^ ^


When is your birthday? Are you planning anything special? Have you done any of these things listed as milestones? Have you ever been to Atlanta? What type of ebook and song would you get if you won the giveaway?