Today I have a tea that is very Asian spice-flavored and I practice Kung Fu, so I decided to combine the two to make this post Karate Kid-themed (which is actually Kung Fu in this movie but whatever)!

passel
noun
1.) a group or lot of indeterminate number: a passel of dignitaries. 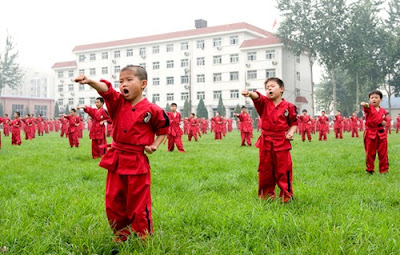 The Song:
"Journey to the Spiritual Mountain"
from the Karate Kid (2010)
by James Horner

I may get shot by loyal fans for this, but I really like the 2010 version of the Karate Kid instead of the original. I like the more serious tone, I like that Jackie Chan is in it, I like that they're in China, and the music is gorgeous. It's James Horner and James Horner is the man. The soundtrack has Asian instruments and vocals perfectly woven into it. It's a powerful soundtrack that really makes you feel for what is going on with the characters.

This place has such a diverse set of tones such as the excitement of the beginning with mainly strings, the grandiose long trek up the mountain with lots of drums and Asian wind instruments, the mystery of the those practicing Kung Fu with the ethereal female vocals and the surreal end primarily instrumented with cello and synthetic instruments. This is a long piece (about eight minutes), but it's my favorite of the soundtrack. This is perfect for writing an Asian-themed story. 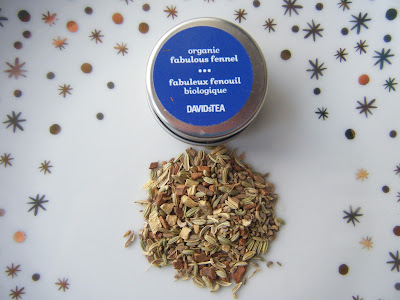 Why is fennel so fabulous? History has some answers. In ancient Rome, it was believed to give strength. In medieval England, it was used to calm hunger pangs during fasts. And in folk medicine, it was even touted as an aphrodisiac. Today, we love a soothing cup of fennel tea after a heavy meal, or to freshen our breath before a big meeting…or a super-hot date. Here, we mix fennel seeds with sweet cinnamon, anise and cardamom, for a deliciously comforting cuppa we’re craving 24/7. See…we told you it was fabulous. Organic : Fennel, cinnamon, anise, liquorice root, cardamom seeds, ginger, black pepper, clove buds.

The Tea: Ironically this tea is from Germany, yet it tastes like something from Asia. At first smell the tea has a large amount of fennel like it's name with hints of other spices. The plain brew is brown and because of the fennel, ginger, anise,  licorice root, and black pepper it reminds me a lot of an Asian sauce. You can some definite heat from the black pepper. This is like nothing I've ever tried previously. The tea was more savory than I'm used to.

Sugar brings out the cardamom, clove, and cinnamon, but it's still overpowered by the fennel. All of the black pepper sinks to the bottom, so the last sip has quite a kick. If you're not a fan of spicy foods, then this tea may be a bit much for you.


Serving Recommendations: I steeped this tea at 204 F for five minutes and added sugar.

How much is it and where can you get it? You can buy this tea at a DAVIDsTEA store or on their website. You can get just Fabulous Fennel for $8.50-$85.00, depending on how much you get. The smallest amount is 2 oz. and the largest amount is 20 oz. You can also get Fabulous Fennel along with five other teas in the Super Spice set (which is what I did) for only $14.00.

So how good is it? This tea was definitely unique, but I couldn't get used to the strong fennel flavors. It's a good, high-quality tea, but it only gets a three from me.